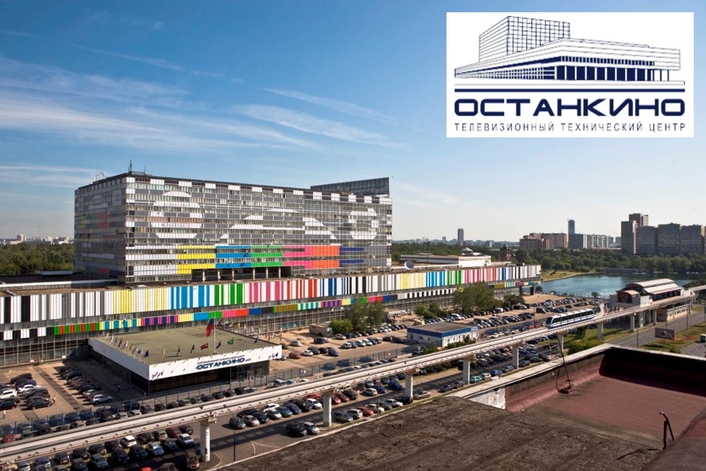 More than 15 thousand people attend television center daily. «Channel One», «NTV», «NTV+», «Public television of Russia», «Star», «Carousel», television companies «VID», «Red square », «AMIK», «Red Media», «PLAY», «State tele- and radio fund» and dozens media companies are the constant partners and clients of the television center. In their disposal they have more than 20 studios with an area from 60 to 1000 square meters, assembling and sound equipment room, outside-broadcast complex and so on. 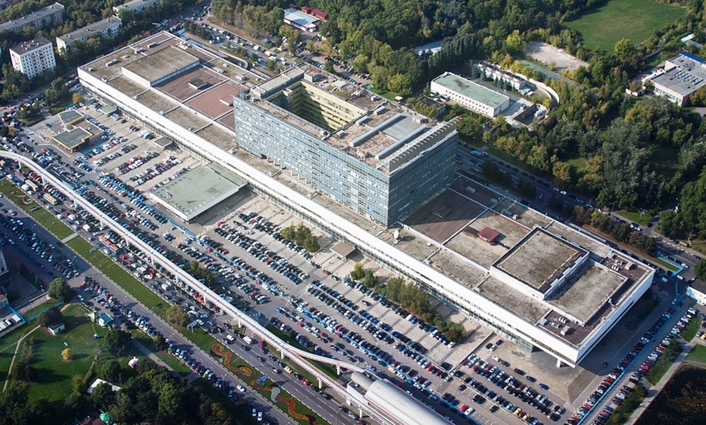 Production
The main activity of the Television center Ostankino is focused in four technological complexes: broadcasting, complex of the TV production, telecommunicating and complex of art-decorating. 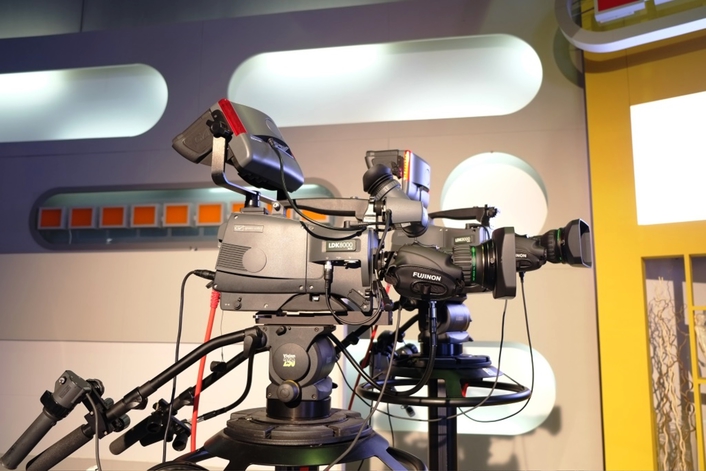 Art-decoration complex allows to create decorations of any difficulty for the preparation of studio and out-of-building TV programs` recordings, to make functional technological furniture for studious, equipment and director`s rooms. This complex also offers various costumes and props for the creation of authentic images during different programs, theatre plays and films. 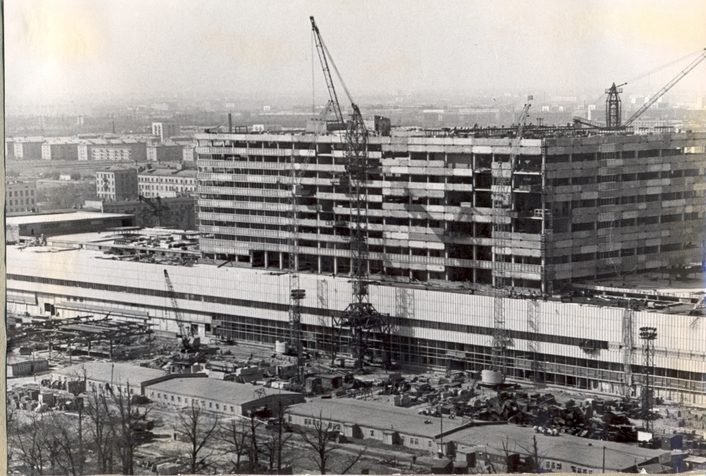 History
Television technology center Ostankino was put into operation on the 4th of November, 1967. In three days, on the 7th of November, on the 50th anniversary of The October revolution, the first color television broadcast of the parade on the Red Square in Moscow was held. 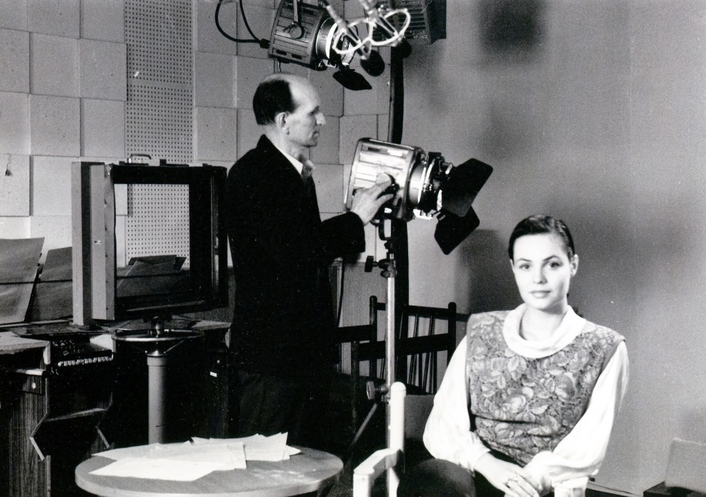 The ceremonial laying of the main building, studio complex №1 on Akademika Koroleva Street, house 12, was held on the 22th of April, 1964. The chief architect was L.I.Batalov, and chief engineers of the project were – V.B.Renard and S.O.Guirshgorn. Telecenter Ostankino has had to become the most progressive technology centre in Russia, also as an architectural building. 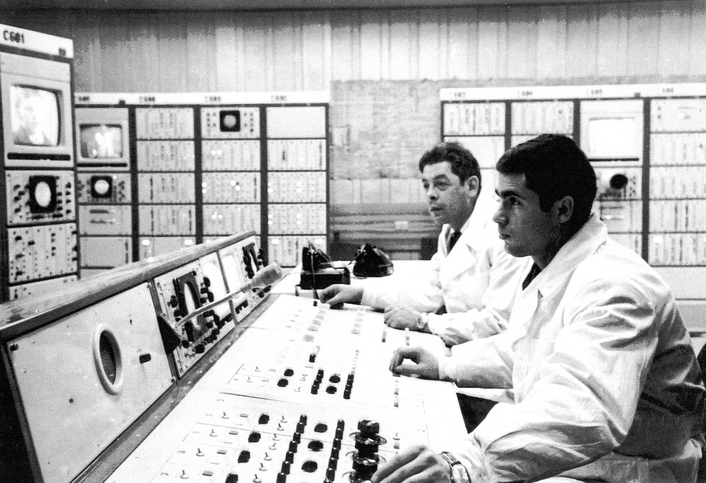 The studio complex №3 on Akademika Koroleva Street, 19, was built in 1980 under the guidance of A.M.Melberg by the beginning of the Olympic Games held in Moscow. Total area of two buildings is 210 477 square meters. 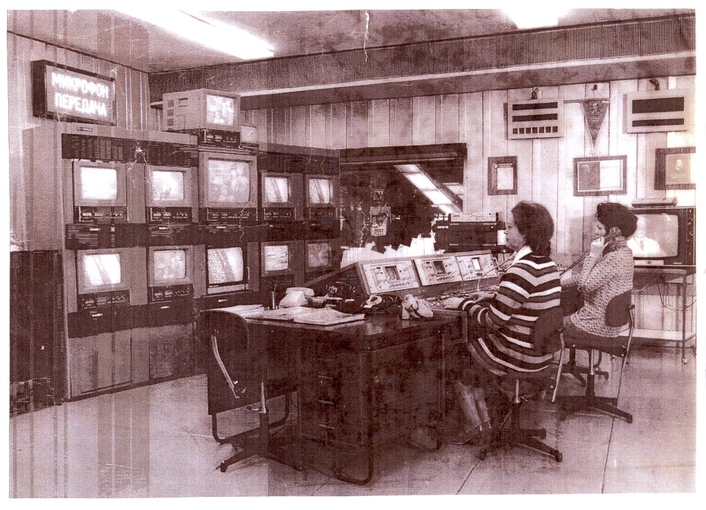 New studio
In the beginning of 2015 the new 27th studio was opened. 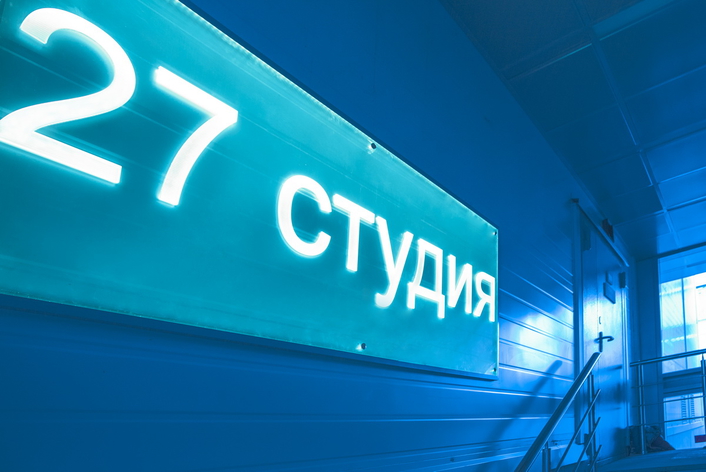 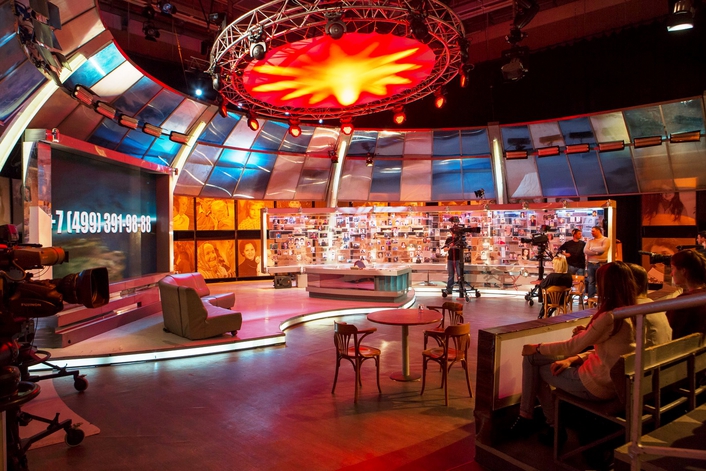 The new studio complex, working in the HD format is situated on Akademika Koroleva Street, 19. It consists of film pavilion, with the area of 600 square meters which accommodates 100 viewers, and three equipment rooms. 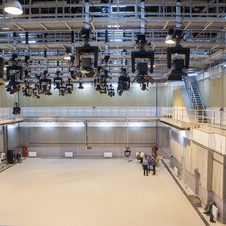 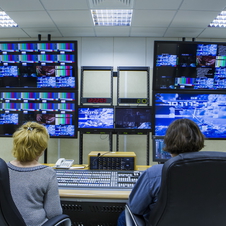 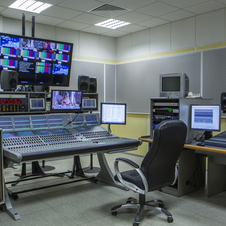 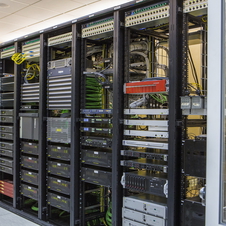 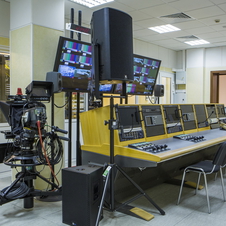 While developing lightening system, the configuration of suspension and distance light control was firstly implemented. It helps to get various staged solutions.