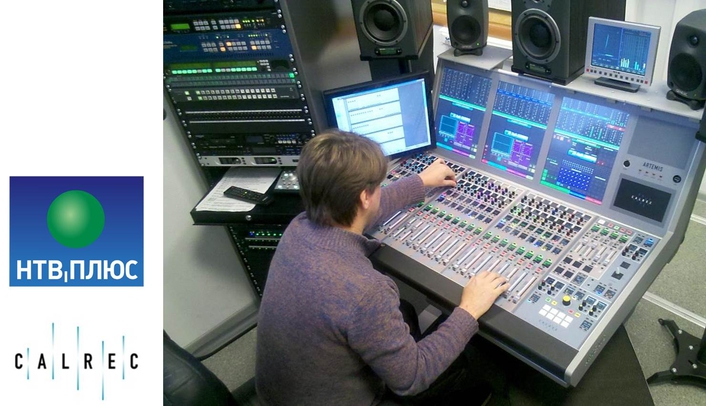 NTV-PLUS Installs Six More Calrec Consoles Into Its Facility
Calrec Audio has announced that satellite broadcasting company NTV-PLUS has installed six more Calrec consoles in its Moscow facility inside the Television Technical Centre Ostankino, bringing its total number of Calrec consoles to 10. All 10 consoles are connected using Calrec's Hydra2 networking system, which makes the NTV-PLUS installation the largest Hydra2 network in the world.

"The Hydra2 network is especially useful in a large multistudio installation like ours, where we handle many complex live productions, including world-renowned sports programs. Now we have even more I/O to draw from. Hydra2 gives us unlimited flexibility in tackling any kind of task or broadcast requirement," said Oleg Kolesnikov, chief technology officer at NTV-PLUS. "Besides that, all of the Calrec consoles have full redundancy, from the input ports to the faders, and Calrec's Bluefin2 DSP has proved its reliability and good sound quality time after time."

NTV-PLUS uses the Calrec consoles for mixing live sports shows, talk shows, and news production. In the latest deployment, NTV-PLUS installed two Artemis Light consoles in its Sports 1 and Sports 3 studios and four Artemis Beam consoles in its new remote transmission studio complex, where they were first used during the Winter Games in Sochi. Together with the satellite provider's existing Calrec consoles, the newest six consoles are networked via a central Hydra2 router core, which NTV-PLUS installed in 2013 so that it could easily expand the network in the future. The Hydra2 system maximizes flexibility, allowing any console to access any I/O on the network.

"NTV-PLUS was our first customer in Russia, and with nearly one million subscribers, it is a significant force in the Russian media landscape, especially when it comes to live sports production," said Michael Reddick, Calrec's European sales manager. "Apart from moving signals around, Hydra2 lets NTV-PLUS control and manage more of its network from any one of its consoles. That means operators have unmatched networking capability and I/O access at their fingertips, which is a powerful benefit in live, real-time operations." 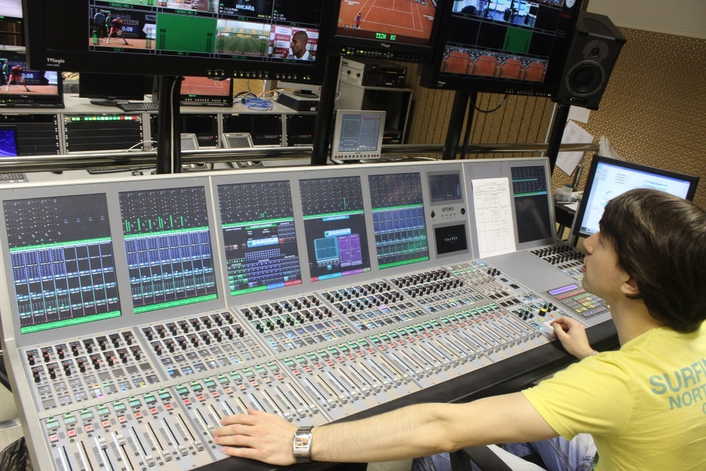 About NTV-PLUS Satellite Broadcasting Company
NTV-PLUS is the first Russian satellite broadcasting company. It has had a leading position in Russian pay-television for more than 18 years. NTV-PLUS broadcasts throughout Russia and Ukraine. The company aims at producing high-quality television for the whole family. More than 2 million people view NTV-PLUS channels, which include retransmitted Russian and foreign channels, as well as its own produced channels. More than 200 channels are available for NTV-PLUS subscribers, including high definition channels (HDTV) and a 3D channel. NTV-PLUS sets the standards of modern digital TV, and its television content is unique in Russia. To date NTV-PLUS satellite broadcasting company produces 13 sport channels, 10 movie channels, and the "NTV-PLUS 3D" channel.