A Loudness Meter For All Seasons 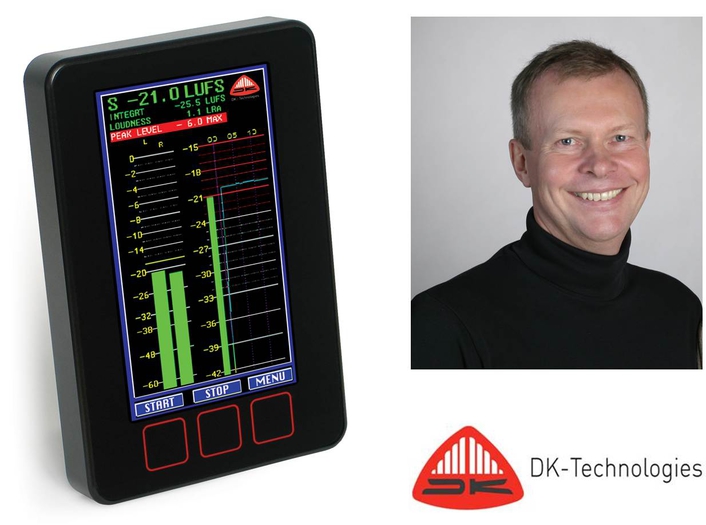 The DK Meter and DK Technologies CEO Karsten Hansen
For some time now, audio loudness has been a hot topic for the broadcast industry and one of the key issues faced by engineers in control of audio output. Significant differences in volume have led to many complaints from viewers who don’t like having to reach for the remote every time they change channel or are faced with a deafening commercial break. These differences in loudness are most common between television programming and advertisements, but they can also exist across the same channel and even within the same programme, for example with live sports feeds or during a movie or talk shows.

Faced with complaints from viewers the industry decided to act and the first step towards a solution came in 2006 when the International Telecommunications Union (ITU) set out its loudness metering recommendation ITU-R BS.1770, an algorithm that measured audio programme loudness and true-peak audio level. This standard enables audio programmes from various sources to have the same maximum loudness if the guidelines are unilaterally followed.

The ITU standard was reinforced in 2010 by the publication of the European Broadcast Union’s preferred parameters for measurement of loudness, EBU R128. The core R128 recommendation - and the four technical documents that support it - build on the foundation of the ITU BS 1770 algorithm and specifications but also add a number of new developments, including a gating method.

Since the publication of these various standards a number of countries have introduced legislation to combat the loudness problem. The UK and Italy have already set limits on loudness levels and in 2010 the US introduced the Commercial Advertisement Loudness Mitigation Act (CALM), making it illegal to broadcast commercials at louder sound volumes than TV programmes. The law is enforced by the US Federal Communications Commission using guidelines published by the ATSC. US broadcasters have to comply or face financial penalties.

As a company that has been manufacturing high quality metering products for many years, DK-Technologies was among the first to adopt the ITU’s loudness recommendation 1770/1771, the ATSC’s A/85 recommendation and, more recently, the EBU’s R128 recommendation. The company’s audio metering products incorporate proprietary Loudness software based on ITU algorithms and covering both the 400Hz and 1kHz reference frequencies. New customers automatically have both specifications included in their products, while existing customers can apply for a free software upgrade to bring their meters up to the latest spec.

Given that its existing range of audio meters was more than capable of catering for all Loudness requirements, it came as a surprise to many when DK arrived at NAB 2011 with a new audio loudness metering product that was not only physically smaller than anything else on the market but also much more affordable. Why, people asked, would a company do this when it already had established products available?

The answer to that question was simple –the company was responding to the needs of the market.

Imagine that you are a major broadcaster with over 100 audio channels to manage. You have to meter every channel to ensure you are staying within the law, and that means buying in excess of 100 audio meters. As most of the meters on the market that can do the job properly cost approximately $5,000, your investment will be at least $500,000. When broadcasters realised the cost of complying with this new legislation they threw their hands up in horror, and who can blame them?

Knowing DK’s reputation for reliable and accurate meters, a number of broadcasters came to the company and asked if it could provide a solution that wouldn’t break the bank.

Back in 2010, DK’s R&D team in Denmark, led by founder and CEO Karsten Hansen, began working towards a solution. The first thing it recognised was that controlling audio loudness shouldn’t be left to the very last point in the broadcast chain because putting right compliance issues at that stage was likely to be more complicated and expensive as well as detrimental to the audio. Instead, broadcasters – and production facilities creating programming – should be checking audio levels much earlier in the process and correcting any level that falls foul of the new laws. This meant creating a meter that was not only cost effective but also portable enough to go out on location and check audio as it was actually recorded. Given that some of the people using this new meter were likely to be journalists rather than audio engineers, it also had to be easy to use – and dovetail seamlessly with larger metering set ups already in place in post production facilities and broadcast transmission centres.

It took DK less than six months to demonstrate its solution – the new DK Meter. When this was shown in prototype at NAB it went down a storm and customers were placing order months before the product was due to ship. To cope with demand DK had to establish a new route to market for the DK Meter by making it available directly from its website as well as from its traditional dealer network.

The DK Meter, which began shipping in September 2011, fulfils all the requirements that the company’s R&D team set out to achieve. No bigger than a smart phone, this Compact Audio Loudness Meter (CALM) comes in two versions – the stereo DK1 and the 5.1 surround sound DK2.

Both versions are easy to use, easy to install and can be powered from a computer USB port, making them ideal for location recording. Both versions accept digital audio inputs and are supplied with all known loudness measurement recommendations, as well as the standard DK-Technologies meter scales. They also provide graphical representation of loudness over time and offer fully adjustable parameters including Gate Level, Reference Level and window timing. They use the same software as DK’s existing products so there are no technical issues when switching between a DK Meter and one of the larger meters in the company’s range (for example the PT0700 series, which provides facilities for loudness logging). What’s more, this meter can be updated to accommodate any new standards that might be introduced in the future.

Since launching the DK Meter, units have been supplied to a number of major broadcasters including Saarländischer Rundfunk and Bayrischer Rundfunk in Germany, CBC in Canada, ABC in the US, Channel 5 in Australia and IMD in the UK. Feedback from customers has been incredibly positive. They love the features, the build quality and the modern, ergonomic design. But most of all they love the price, which is $1295.00 in the US and €995.00 in Europe. 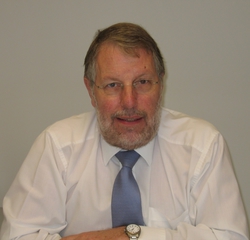 As an audio metering manufacturer with a specific interest in Loudness, DK has always welcomed the introduction of standards by the ITU, EBU and ATSC because it believes these will help the industry to deliver a better audio experience to audience. Although the right place to control loudness is early on in the creative chain, DK does recognise that mistakes can happen so material needs to be checked at ingest as well.

Offering customers a range of meters means that loudness need never be a problem, no matter where in the chain checks are being applied. The launch of the new DK Meter doesn’t detract from the company’s more expensive products – instead it simply strengthens its already comprehensive meter range by allowing people to use audio meters much earlier in the production process and maintain continuity throughout.