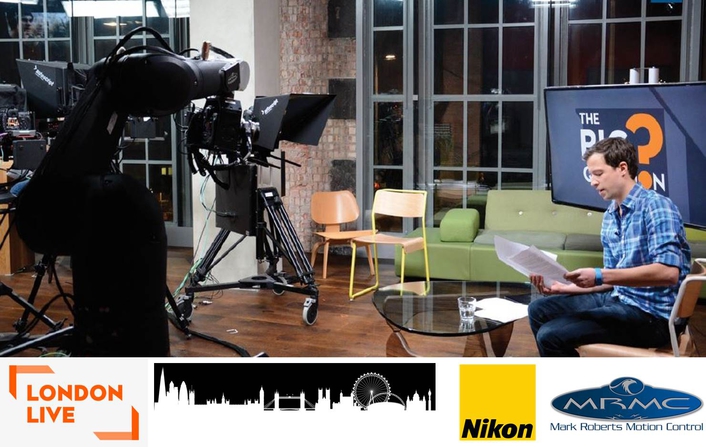 Headed by Technical Director, Bryn Balcombe, the LL team saw an opportunity to challenge traditional assumptions of the look and format of TV news and current affairs programmes.

LL is owned by the parent of The Independent and The Evening Standard newspapers and broadcasts from the same headquarters at Northcliffe House in Kensington. The existing environment was already producing local stories and digital content on a daily basis, so the challenge was to turn that content into moving images.

LL were awarded the London Local Digital Television Programme Service License from Ofcom based on producing a quota of local news and current affairs content, supplemented by entertainment content focussed on London. 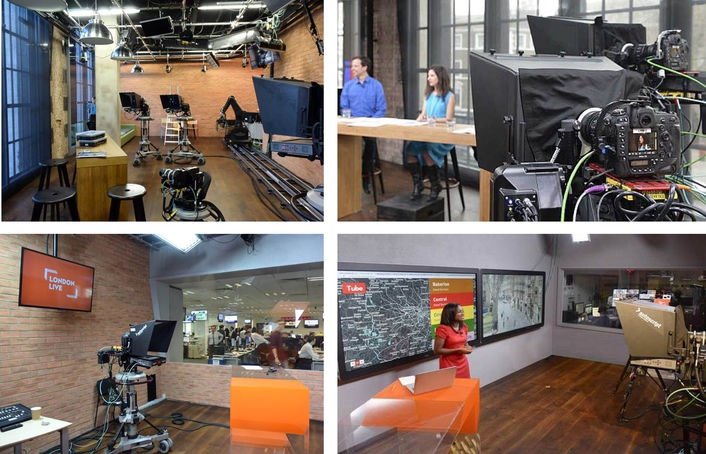 Innovate to Differentiate
The perception of local TV is low budget technology often resulting in a cheap and staticlook. London Live set out to innovate and challenge this notion and without the budget of National TV studios, opted for a different look using full frame sensor cameras. With developments in DSLR camera technology
allowing for high quality HD video functionality in addition to a cinematic shallow depth of field look, the team began looking for a supplier that could integrate this technology in a studio environment.

Having worked closely with Nikon designing robotics for the London 2012 Olympic Games, MRMC introduced LL to the bespoke integration aspects of turning DSLRs in to true remote systems. Demonstrating that once installed, the MRMC systems were inaccessible for the duration of the Games and being controlled up to 1km away, consistently, every day of the tournament, helped the LL team gain the confidence in utilising this technology.

Moving from the Static Shot
Providing all manned cameras was not commercially viable, so the choice was between a continuous single camera shot using a steadicam or a multi-camera switched feed using robotics. The latter was chosen as it offered a greater range of options such as reliability, redundancy and a consistent look to shows.

Why an Industrial Arm
When repackaged with the necessary support accessories and motion control
software, industrial arms have the ability to supply a range of motion possibilities similar to a human arm in dexterity. In addition to traditional moves such as pan, tilt and lift, these arms can reach, retract, roll and curve.
On air camera motion thus becomes more interesting, intuitive and natural looking. 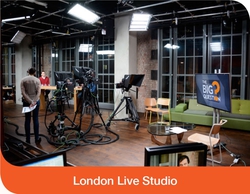 The ability to choreograph multi-camera moves was a central target to achieve the look and feel of the studio content. To achieve budget targets these moves had to be easily programmable by one person with the minimum level of training. Complex multi axis camera motion, repeatable time and time again with complete accuracy, is central to MRMC’s products and services.

The main London Live studio is a long but narrow space and the cameras needed to provide transitions between programme segments often shot at opposite ends of the studio.

The solution uses 6 x AFC-100s pan and tilt heads and Studiobot, a specially commissioned 9-axis industrial robotic arm. Designed with 10m of track that runs along the back wall of the studio, the Studiobot is the workhorse of every live production. 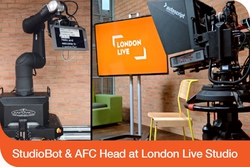 With a greater range of ‘off the shelf’ options available, the industrial robot is also a cost effective solution compared to traditional studio camera systems.

Combined with pedestal-mounted AFC-100s, each show can be set up in advance with minimal repositioning. Each axis provides high resolution encoder feedback creating an impressive range of repeatable motion
throughout the entire studio.

Working the Assets
From the outset London Live used the same DSLR technology both for their field and studio productions. Everyone from the video journalists to the studio technicians has an understanding of the technology, allowing for ease of deployment and continuity of look throughout the channel’s output. 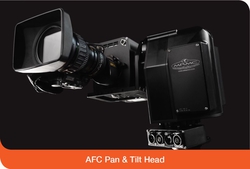 This inter-changeability has also allowed for the live coverage of large scale London events outside the studios. Because of the compact and lightweight format of the AFC-100s and Nikon D4s, all the studio cameras are able to be
redeployed to such events within the same day.

Meeting Budget Restraints
In the past many broadcast studio systems have locked in a particular workflow from inception without the potential to expand or exploit new technological developments. By carefully selecting modular components from
various open-architecture inclined venders, London Live not only kept costs low, but ensured a platform of potential innovation. Such an approach produced a 700% saving in technology and operating overheads when compared to an equivalent large network news studio.

MRMC robotics continues to play a central role in providing development paths. Having developed interfaces for leading target tracking companies, the creative choices for a range of automation is now possible without the high
associated costs. 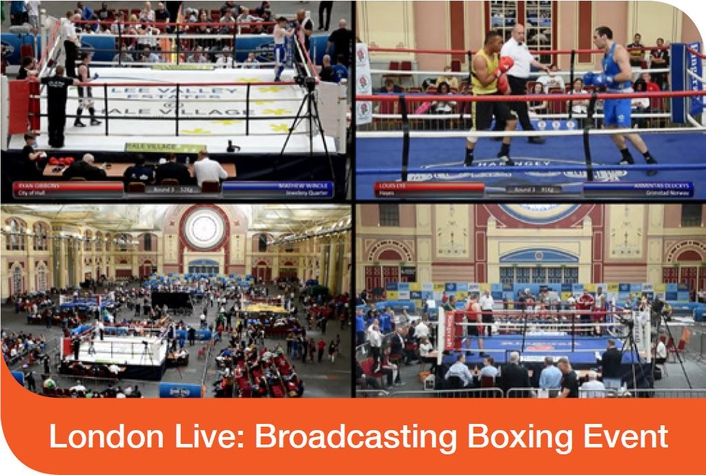 Key points:
• MRMC’s bespoke integration with Nikon’s DSLR technology allowed London Live to realise the look they wanted with all the control and automation features required for a professional broadcast studio.

• Modular and portable, the AFC systems allow for higher utilisation across both studio and OB applications