Celebrating nearly 40 years of designing and manufacturing of active loudspeakers 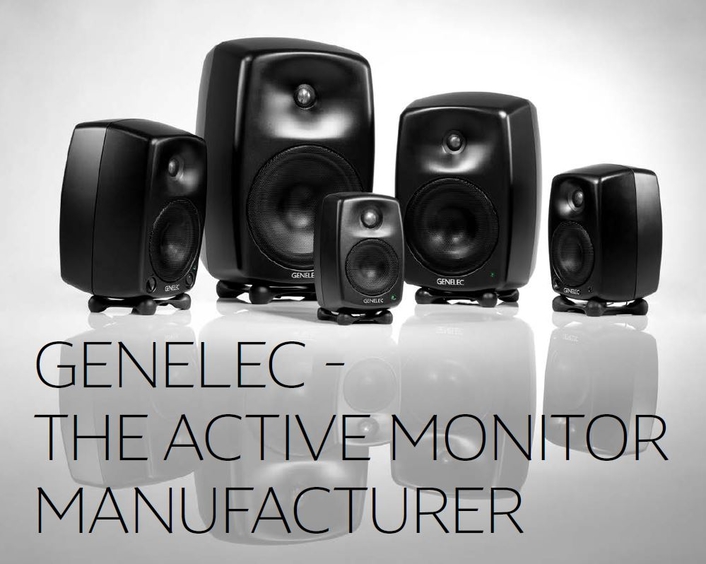 Already at its very beginnings in 1978 Genelec has recognized the added value of high-quality design. Finally, the cooperation with renowned Finnish industrial designer Harry Koskinen began in 2000 and the collaboration between Genelec and Koskinen has flourished ever since.

In 1980 20% of Genelec’s products were delivered abroad, in 1984 80% and in the 1990s it peaked to 95% but settled to around 90% in the 2000s. Since 2010 the domestic and international market has steadily grown and export now is around 80%. The first export countries were Italy, the Nordic Countries, Germany, the Netherlands, Austria and Great Britain. When celebrating the 10th anniversary the marketing area was 12 countries, and nowadays there are sales in more than 60 countries. At the same time as the export trade has been growing, the degree of domestic added value of the products has remained at around 80%.

In 1980 Genelec produced about 1Tsd speakers which has summed up to a total of more than 1Mio speakers by the end of 2016. A breakthrough for Genelec was the 77th AES convention in Hamburg in 1985. The 1022A was introduced successfully and Genelec Oy was the only manufacturer in the world who had a whole family of speakers: Biamp 1019A mini monitor, broadcasting monitors S30 and 1022A and music monitors 1024B and 1025A. By 1985 Genelec was producing 12 speaker models. Since 2013 there are about 30 basic active models in production and numerous modifications and versions of them for different applications and geographical areas underlining Genelec’s status as “The active monitoring company” on a worldwide level. 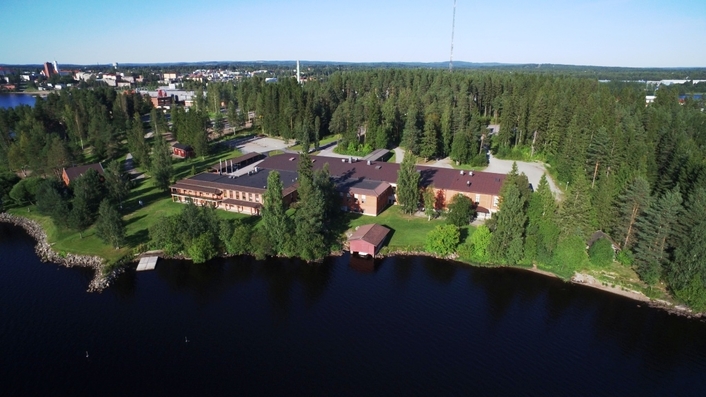 The other corner stone was the establishment of a new production building and HQ in Ilsalmi. The foundations were laid in January 1985 and the topping-out party took place on the 5th of July. The building area was 710m² with a floor space of 890m². There have been four expansions since then. The first expansion was finished in March 1993. The production line got some 840m²of extra space. The second expansion began 1997and was finished in the same year. The third expansion was completed in summer 2001 and the fourth in autumn 2005. In addition to production area this expansion included more premises for training and quality listening. The most recent change was in 2009 when the whole heating system was changed to district heating. 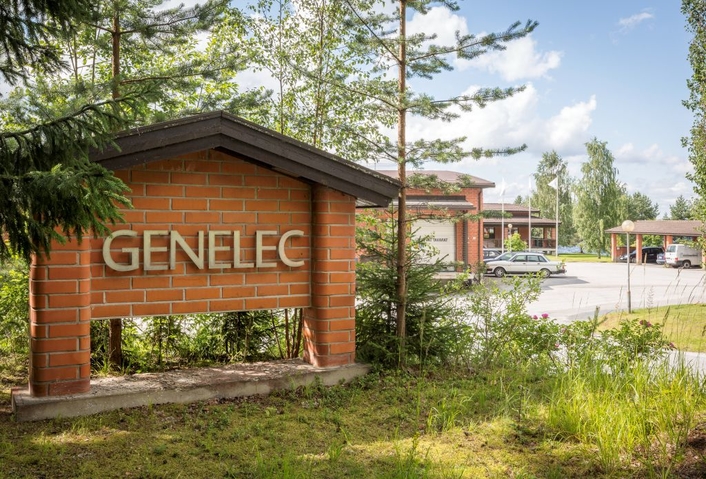 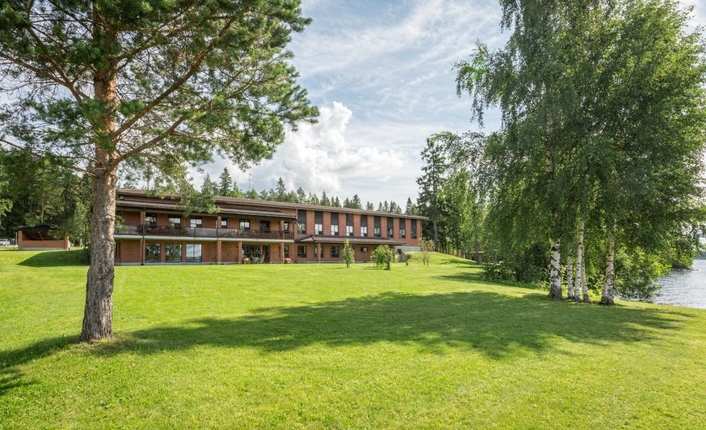 The ISO 9001 quality certificate and the ISO 14001 environmental certificate demonstrate that Genelec meets the international standards and that the operations are regularly verified by third party certification bodies. The environment is as important for Genelec as profitability. Financial success cannot mean endless waste of natural resources and products which last for decades mean less useless waste. At the same time the distribution logic has changed. Product information is downloaded from the web and the physical product is purchased where it is most economical. Web forums share rapidly user experiences. This has set distributors to a new and different position, as they are no more the only source of information. Genelec is updating its website continuously and offers comprehensive services to users. It is easy to see that electronic business and information sharing is increasing while the role of hardcopy brochures is shrinking. 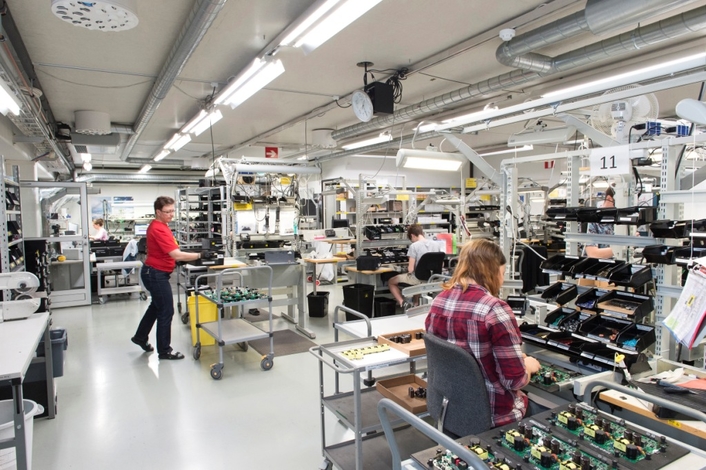 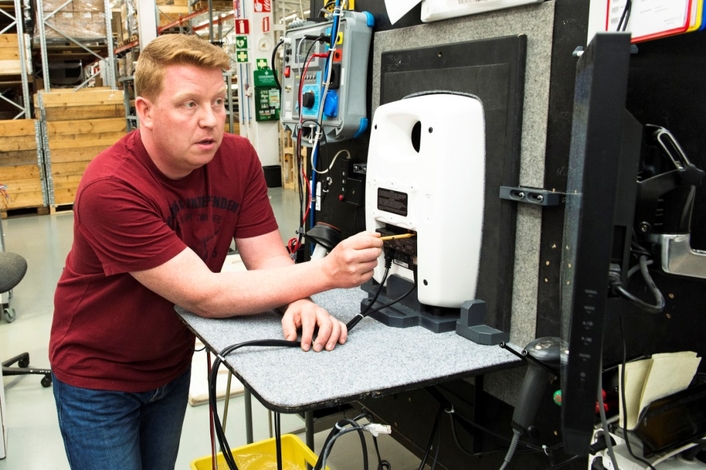 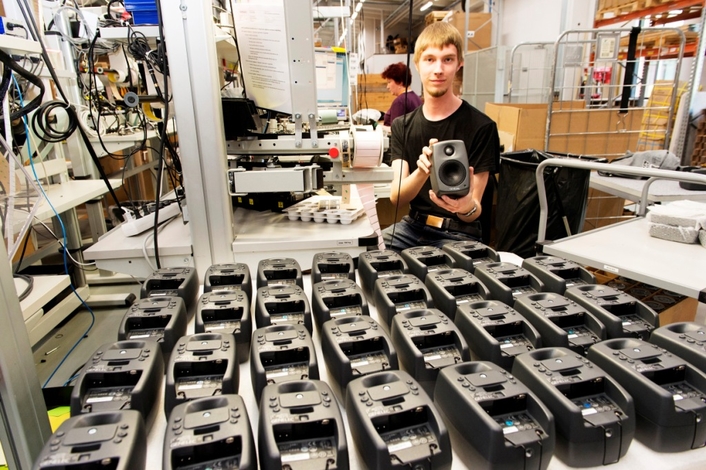 The #1 Speaker in Mobile Units

Already in the very early days Genelec sold their speakers into the mobile production units of YLE. Today Genelec dominates this market with more than 60% and has accompanied the OB Truck companies from SD (Standard Definition), HD (High Definition) to UHD (Ultra High Definition) video and IP by delivering the 8430A as the first studio monitor enabling direct monitoring of audio-over-IP streams, and the first to support AES67 and RAVENNA standards. Also, digital signal processing and software control are present in the new Products, and their role is growing. The monitors have lots of advanced technology, and new software enables building intelligence in to a speaker. A speaker recognizes its environment and adapts to it. This is of course an advantage for the calibration of the quite small sound areas in OBVans. 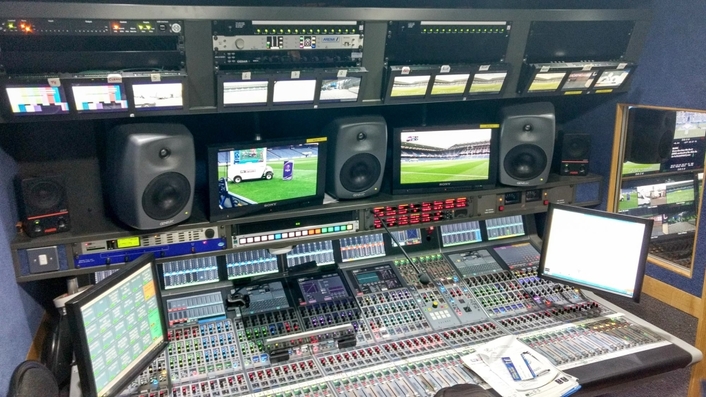 Genelec Loudspeakers in the Sound Area of the Arena OBX

Also, digital signal processing and software control are present in the new Products, and their role is growing. Genelec monitors have lots of advanced technology, and new software enables building intelligence in to a speaker. A speaker recognizes its environment and adapts to it. These monitors with intelligence (Smart Active Monitors – SAMs) again have cemented Genelec’s position as a pioneer of new speaker technology. 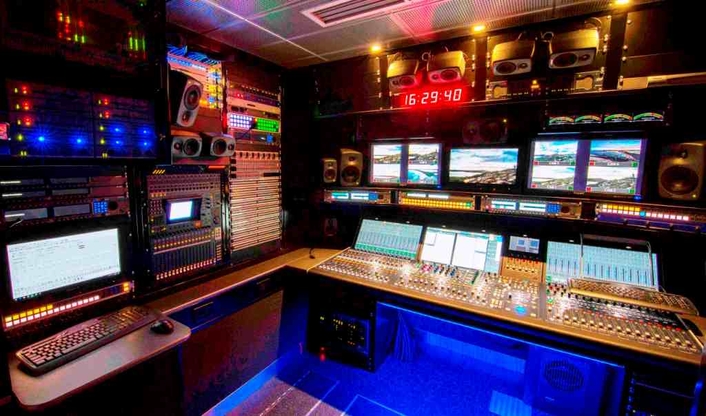 Genelec Loudspeakers in the Sound Area of Gearhouse Columbus

“The Ones” – Ultimate Point Source Monitoring

In May this year Genelec introduced Ultimate Point Source monitoring with “The Ones”: in this series, the award-winning 8351 three-way Smart Active Monitor™ is joined by the new 8341 and 8331, the world’s smallest three-way coaxial monitors, to create a complete compact coaxial range that redefines near-field monitoring. Recently unveiled to a VIP audience at London’s Metropolis Studios, the 8341 and 8331 immediately defy expectations; housed in enclosures no larger than a traditional two-way Genelec 8040 or 8030, they wipe away the previous constraints of coaxial point source setups. 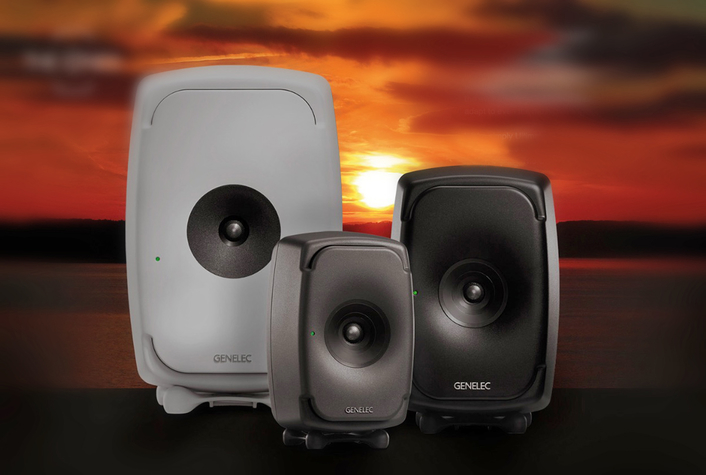 “The Ones’” deliver absolutely neutral reproduction, meaning users can make mix decisions with confidence while also listening for longer sessions – the dramatic reduction in unnatural imaging means listener fatigue is a fraction of that experienced with other systems. In addition, Genelec’s famous Directivity Control Waveguide (DCW) is combined with the unmatched precision of “The Ones” concealed dual woofer design, resulting in less coloured reflections.

Like the 8351, both the 8341 and 8331 can be orientated horizontally or vertically using an adjustable IsoPod™ base for isolation, with absolutely no compromise in performance, offering maximum flexibility to fit even the tightest of working environments. But while the 8341 and 8331 both echo the 8351 in form and function, the new models have been entirely reengineered to meet the challenges of their ultra-compact dimensions.

Especially in the available space in OBVan sound areas the coaxial design allows for ultra-near-field listening, creating a dramatic improvement in the direct sound-to-reverberant sound ratio and further reducing the room’s influence while monitoring. The listening distance may be as short as 16 inches, with no loss of precision. At a listening distance of just 20 inches, the maximum SPL capability (headroom) is raised by more than 5 dB. 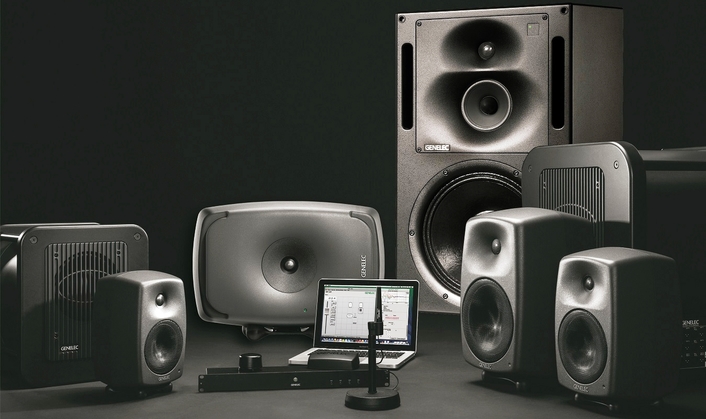 Finally, with The Ones, Ultimate Point Source meets the flexibility with Smart Active Monitoring™, the ground-breaking Genelec technology based on GLM™ 2.2 software for PC and Mac, incorporating AutoCal™.

“The number of big ideas contained within these small monitors is truly remarkable, but no list of features can ever match up to the experience of simply listening to them,” commented Genelec Managing Director Siamäk Naghian. “For professionals worldwide, the 8351 has already become the trusted standard for its neutrality and its smooth frequency response both on- and off-axis. Now that same precision and three-way performance is available to everyone. With the 8341 and 8331, the size of your studio is no longer a barrier to the size of your ambition.” 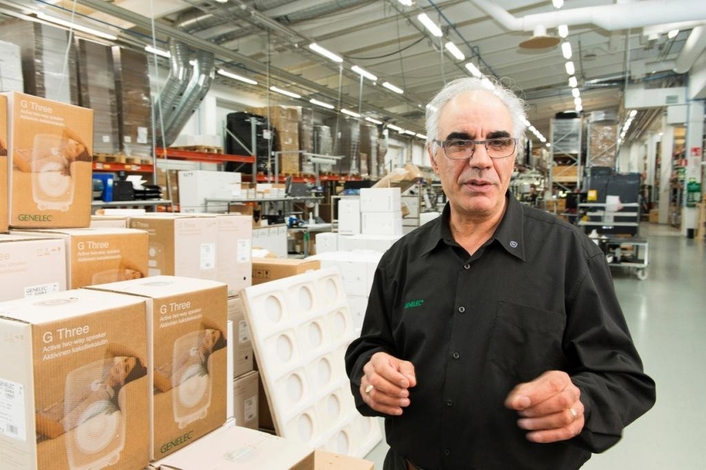