World-Class Tennis from Wimbledon with NEP Visions and RTS 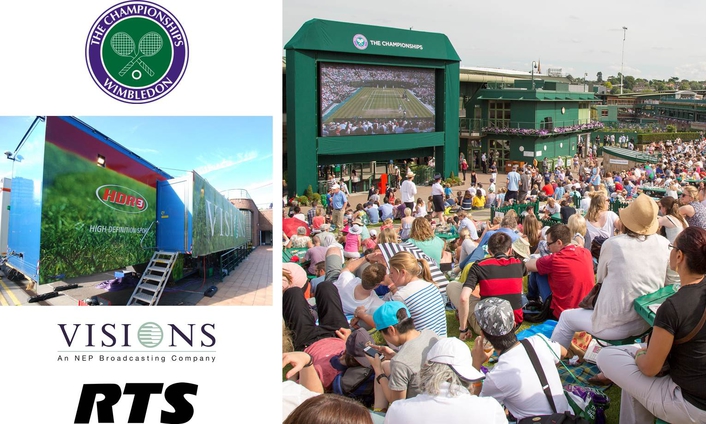 British broadcast service provider NEP Visions provided host broadcasting services and domestic coverage from Wimbledon
Wimbledon is synonymous with tennis. Nowhere else in the world does the sport generate the same excitement as on the impeccably manicured lawns of the Old England Club in the tranquil South London suburb. This has to do partly with a tradition of gentility and sportsmanship that goes all the way back to 1876 and partly with the many legendary matches that have been played there in the course of the 138-year history of The Championships. For this reason, despite the fact that the World Cup was being played at the same time, millions of TV viewers witnessed the victories this year of Novak Djokovic and Petra Kvitova.

NEP Visions, the Berkshire-based outside broadcasting specialist deployed four outside broadcast vehicles and three large HD flypacks for the occasion. For the first time, the team of around three hundred strong from NEP Visions this year facilitated not only the host broadcast but also a US-based sports channel with immaculate images and sound. Two major customers, each with completely different set-ups to cater for. “These were two completely independent productions with completely different requirements,” explains Paul Fournier, Head of Sound, NEP Visions. “Both were drawing all their audio and video data from the host broadcaster, but that was about all they had in common.” 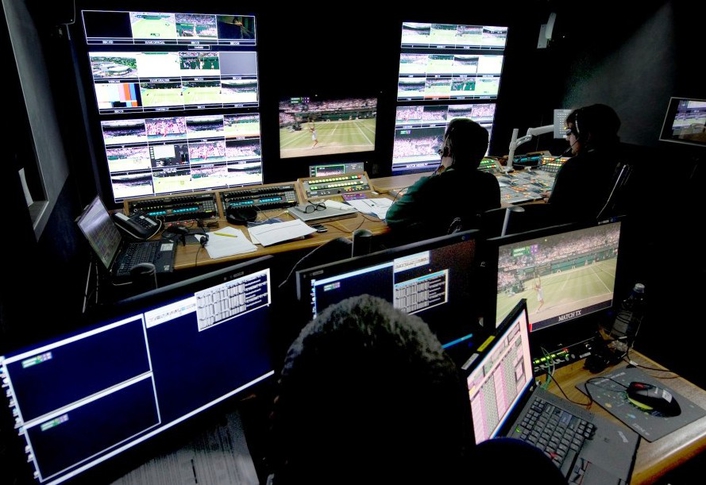 The American specialist broadcaster for example has been one of NEP Visions’ regular customers for years. Naturally, the experience of previous Wimbledon productions was helpful. It was only therefore necessary to make minor modifications to last year’s set up to achieve first class results for them. Here, two Adam frames were networked together and three RVON-cards added to allow external communication via IP.

It is a quite different story, however, with a new customer. “For the domestic coverage,” says Fournier, “we really had to start from scratch.” The commission for the host broadcast was granted around a year ago. That may sound like relatively fair warning. But by no means excessive, in the event: there were numerous discussions to be had, deadlines to be met, contract partners with whom to liaise. In short, the time-consuming details inevitably associated with projects of this magnitude. Careful thought had to be given to the choice of equipment – above all, to the outside broadcast vehicles to be deployed. The first problem, as banal as it may sound, was the limited parking space available.

State-of-the-art trunking equipment from RTS turned out here to be NEP Visions’ trump card. “Of the four vehicles NEP Visions had on site, two were our newest OB trucks,” reports Fournier: “in one, we had two production and two sound control rooms; in the other, all the electronics and video editing equipment.” The intercom systems of these two trucks were already linked by RTS trunking. 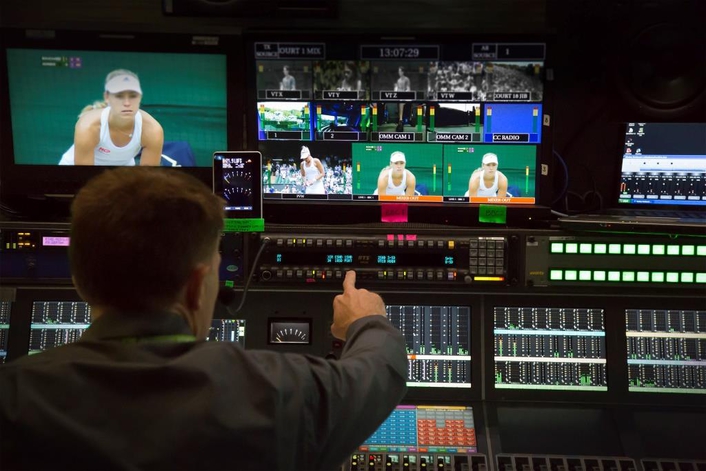 To optimise the communications network, the NEP Visions team used the OMNEO network technology for the first time. Given that the broadcasters’ fleet of OB vans are in constant use, very little time was available for the OMNEO and Tribus upgrades. The team had a window of two days to implement all this, before the first truck was scheduled to park up with powerful support from the British Bosch/RTS team – an OKI OMNEO keypanel interface card was installed in one OB vehicle and dual Tribus in another truck. The investment paid off allowing four RTS Adam systems to be joined together to form one big system. OMNEO helped reduce cabling and the strain on resources for external key panels outside the main trucks and the OMNEO network – most importantly of all – assured flawless communication between all members of the team. A mammoth task, emphasizes Fournier: “Each member of the team had to be able to communicate with every other member. This was without doubt one of the biggest challenges of the entire operation.” 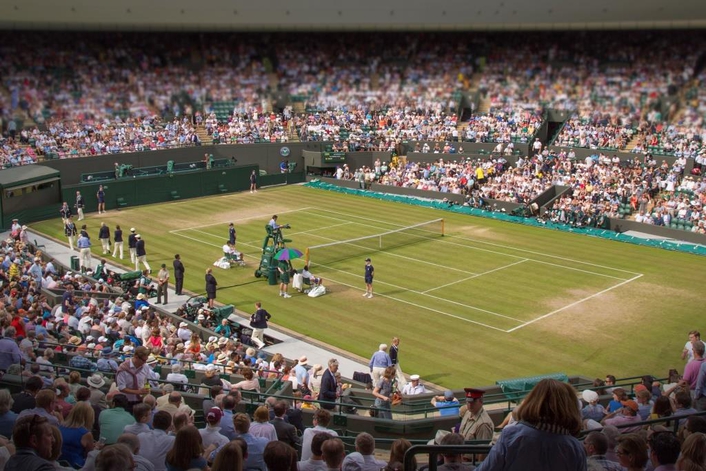 To meet the demands of the host broadcast and form a unified intercom system, Paul Fournier and his team networked the ADAM frames in the three trucks and a flyaway Adam frame with Tribus cards. In addition, the MADI streams were transmitted via MADI-16+ cards. A variety of RTS keypanels (KP32, KP12) rounded off the technical solution used for the Wimbledon production. “Everything ran flawlessly from the first service on,” reports NEP’s Paul Fournier. “The customers are satisfied – and we are too.”

About NEP Visions
NEP Visions is the largest independent broadcast service provider in the UK and one of the largest in Europe. The company has 30 years of experience in all areas of TV production and broadcasting throughout the world. It is a market leader in HP productions and has been in the forefront of development with regard to the application of HD technology to outside broadcast vehicles. With twenty vehicles equipped with the latest technology, Visions has one of the industry’s largest fleets of OB trucks as well as OB fly-packs, production centres, studios and more. The company’s references include three editions of the Olympic Games, football and rugby world championships, the Asian Games, soccer’s Premier and Champions leagues along with a whole series of musical, entertainment and social events all over the world.

About OMNEO
Bosch’s OMNEO architecture permits the transport and simple control of audio, video and other data via IP networks, satisfying at the same time the highest standards in sound quality and synchronization. OMNEO also achieves extremely low latency in a reliable and stable system environment. Thanks to the use of standard IT components, system costs and maintenance expenditure are reduced to a minimum. OMNEO is based on two key technologies: a program transport component resulting from a partnership between Bosch Security Systems and Audinate Pty of Australia and the system control technology OCA (Open Control Architecture), complemented by Bosch-specific features. Through the use of open standards, OMNEO guarantees interoperability, flexibility and future-proof technology. In addition, OMNEO offers special functions for enterprise-critical and safety-relevant applications. Thanks to its numerous connectivity options, the technology allows devices from the widest variety of manufacturers to be integrated—including some not generally associated with audio or intercom applications. OMNEO media network technology supports up to 10,000 network nodes and is suitable for compatible complex networking tasks and network designs within a multitude of IP sub networks—even over large distances.

NEP Gemini 1 & 2 HD and 3D
NEP Visions Scores an Adv... With Calrec at Wimbledon
Game, Set and Match at Wimbledon with RTS/TELEX