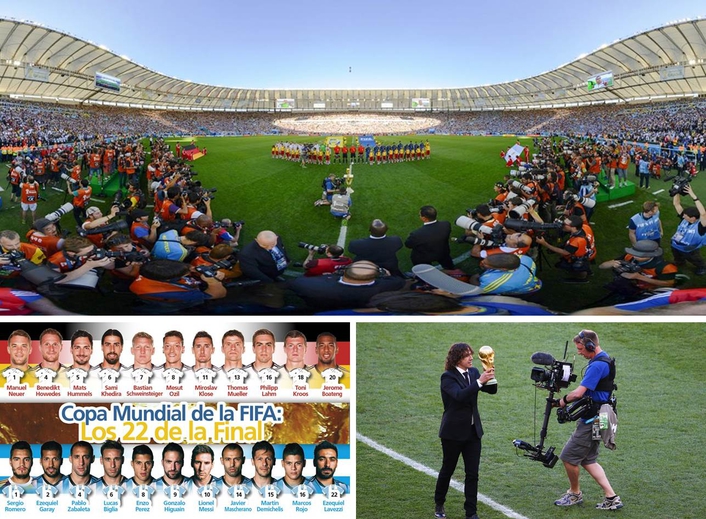 1. Pure Fitness
The Germans had one day more to rest than Argentina and it showed.But the team's stamina was a wonder to watch as the game wore on. While Argentina slowed down, Germany seemed to gain more confidence and strength. They remained sharp throughout the entire game and their goal was the result of the team's furious speed and incisive passing.

2. Ball Possession
There were certainly moments where the defense looked ready to implode, but the team stayed with its game plan for the duration of the game. They passed the ball around with patience and dedication. This ensured that Argentina was unable to control the pace and would have to rely on the counterattack to have any chance. That kind of game plan gave them an added benefit. Playing a high-octane counter coupled with chasing the ball around the pitch would tire them out. The Germans never veered from this game plan and eventually found the space they needed to score the goal.

Notice that these two points come down to one thing - teamwork. When it was all said and done, the Germans were simply the best team in the tournament. Every player worked together in tremendous harmony. 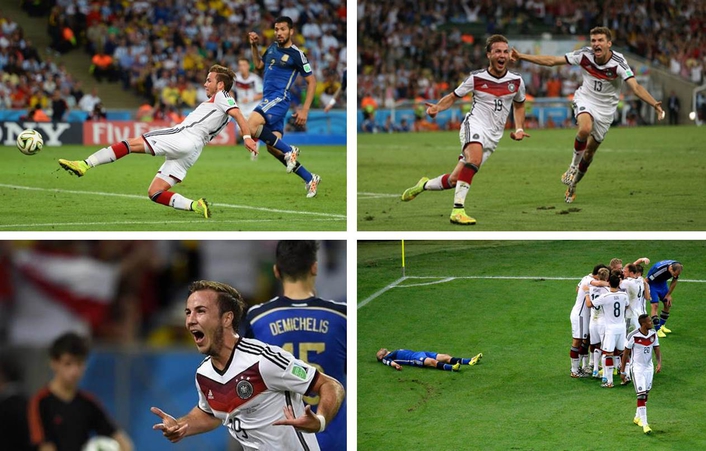 If one looks at the last few champions, they have been won by teams comprised of players working together. Spain, Italy, Brazil and France were all teams with terrific players that put their egos aside for the team. That is why they won.

On the other hand...

1. Horrific Finishing
Germany was very deserving of the trophy, but Argentina could have won this one. In fact, the winning goal was on an Argentinean foot quite a few times and each chance was blown. For example, Gonzalo Higuain got a chance most players would dream of in a final.
What did he do with it? Fire it wide despite having time to score.

In extra time, Rodrigo Palacio was all alone with Manuel Neuer. He controlled the ball and had space to fire it home. What did he do? Chip it wide. Maybe he should have hit it with his rat-tail. 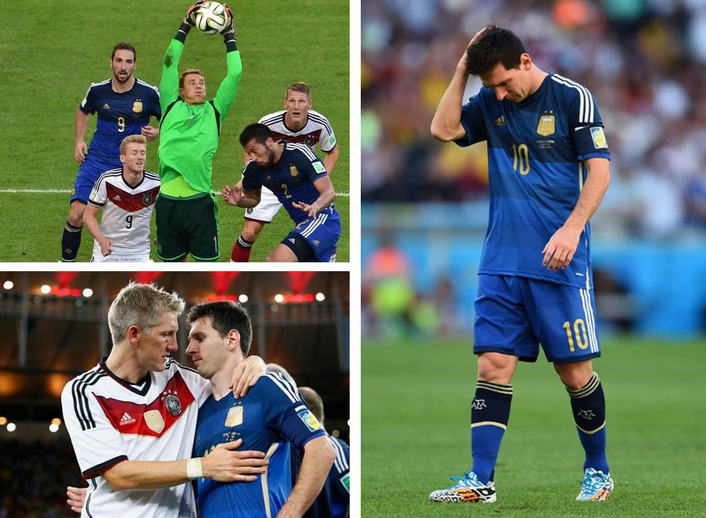 But when push came to shove, Messi disappeared. He had one scoring chance in the first half, but disappeared shortly thereafter. Every time he had the ball, he was hounded by the German defense, but never really found that gear that has often built his reputation as a magician. To put it in perspective, Messi scored no goals after the group round. He finished with four goals and one assist. People will say that he was tired, but great players take over in great games. Messi's final play epitomized his performance after the group stage. He had a free kick in a perfect position for him. He usually puts those on goal. He fired this one all the way back to Patagonia. How he won the Golden Ball is beyond comprehension. 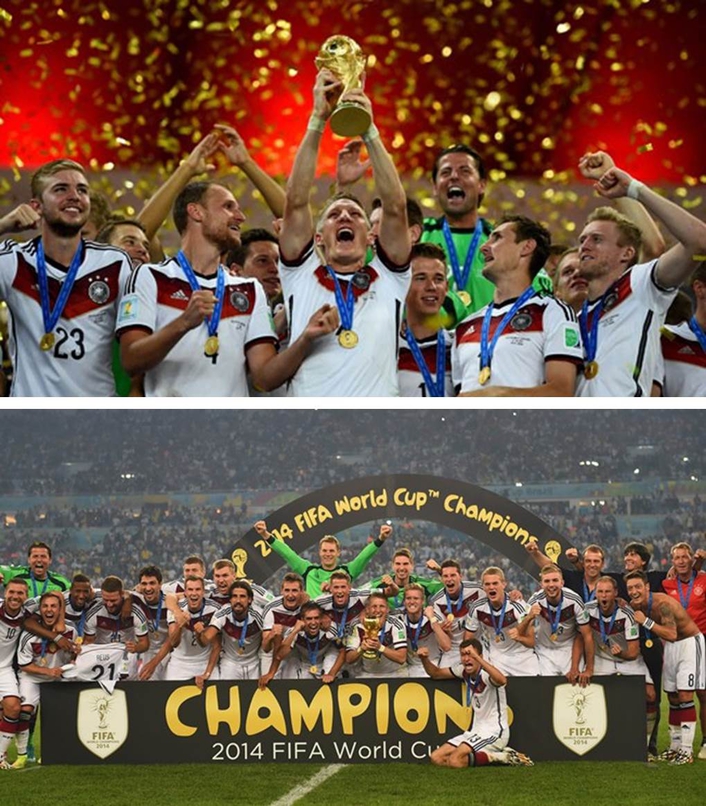 3. Fatigue Caught Up to Them
There are no excuses for losing a final. But in the case of Argentina, it was clear that they ran out of gas.

The team started the match with high intensity pressing, but slowly lost the energy to maintain the game. They resorted to fouling and shirt-pulling as the game wore on, and eventually imploded on the German goal. They had one day less to rest than the Germans did and had competed in extra time against Holland.

It ultimately caught up to them.