We look back at some of the highlights from the 2020 charity run. 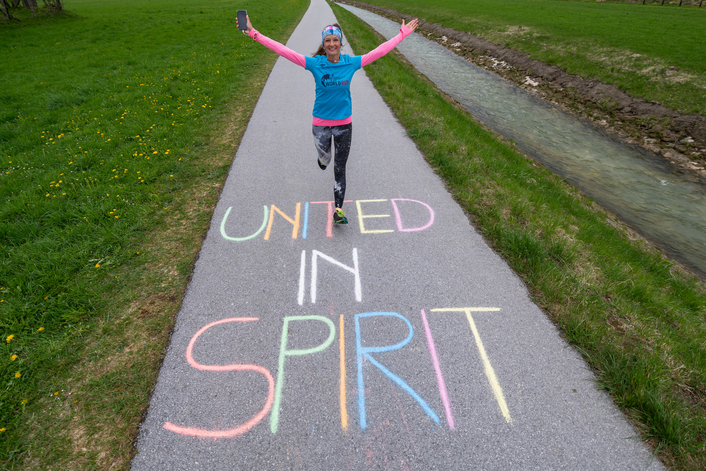 More than 77,000 participants came together on Sunday, May 3 through the Wings for Life World Run App to raise vital funds and awareness for spinal cord injuries. Once again, people – this time only using the app to take part – from across the globe did their bit to raise much needed money to put towards the latest research. And there were plenty of uplifting moments along the way.

1. The big numbers from this year’s run
Participants from a total of 104 countries – featuring 171 nationalities – lined up at their own respective starts from Austria to Australia, and Tanzania to Taiwan.

The numbers this year saw 77,103 people log into the app to see how far they could travel before being caught by the Virtual Catcher Car.

And in total, they collectively raised €2.8 million towards ongoing research into spinal cord injuries. 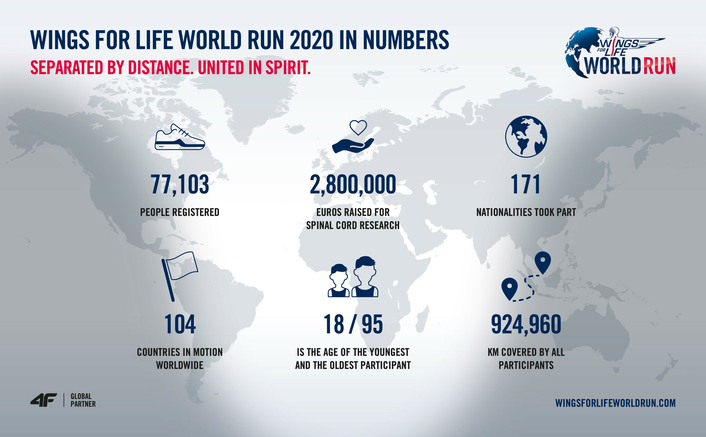 2. Interviewed by a world champion
Michael Taylor became the first British winner of the overall men’s Wings for Life World Run, covering 69.9 kilometres before being caught by the Virtual Catcher Car.

More surprising than his first place result, was the congratulatory call from the event’s sporting director Colin Jackson, a former world record holder and world champion over the 110-metre hurdles.

Of the shock post-run call, Taylor said to Jackson: “That’s amazing. It seems like yesterday I saw you smash the world record and now I’m getting a phone call from you.” 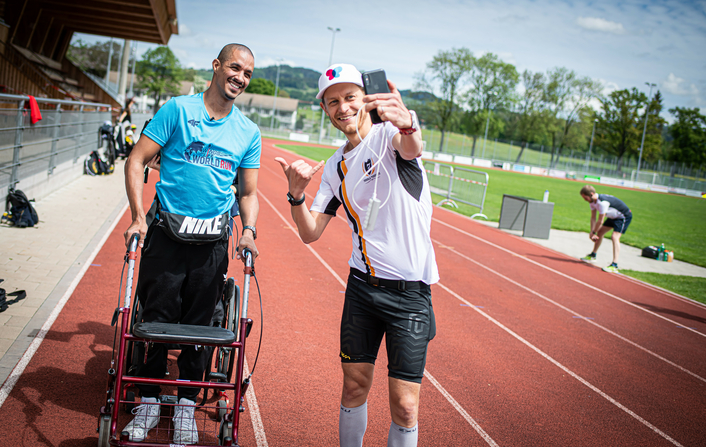 3. Mzee reacts to record-breaking antics
David Mzee is no stranger to grabbing the headlines at the Wings for Life World Run, walking 390 metres last year nine years after being paralysed in a sporting accident.

Using the app on a track in his native Switzerland, a year on he broke that barrier with an effort of 467m, and was understandably delighted in the aftermath.

He said: “I broke my record today and I broke it big time and I’m super happy. I still don’t feel my right hand! It was a struggle but I’ve done it and it’s cool.”

4. Outrunning a zebra in Tanzania
The Wings for Life World Run is no stranger to providing stunning backdrops, more typically with its Flagship Runs around the globe.

But with those cancelled this year due to the latest health situation, all individual runners were left to choose their own path. And few were more striking than that of Baraka Laizer, of the Maasai tribe.

Running near Mount Kilimanjaro, he found he had a zebra in his backdrop for company. 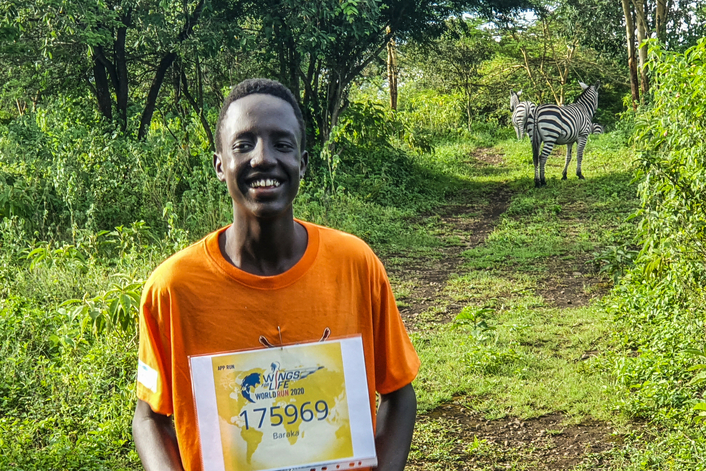 5. Innovation in the face of limitation
Last year, Francesco Mascherpa ended the Switzerland event in first place having travelled the furthest of any competitors there before being caught by the Catcher Car.

This time around, he was in Italy and was curtailed in his bid to tackle the run, so instead he adapted. As he explained: “I decided I will run the Wings for Life World Run on my treadmill, trying to run as many kilometres as possible”.

But he wasn’t the only one to hit the treadmill, with Red Bull athlete Alex Roudayna consigned to her treadmill while indoors in Mexico. Her aim was to break the 50km mark.

6. Running for her injured son
Everyone has their own reason to take part in the charity run. In the case of Anna-Marina Dearsley, it was for her five-year-old son.

Explaining her reason for lining up with the rest of the world, she said: “I am running for those who can’t and for our five-year-old son Emerson Grant, who has a spinal cord injury caused by a reoccurring arachnoid cyst. We have hope that one day there will be a cure in Emerson’s lifetime.”

She duly carried out her run in her back garden and up and down her street.