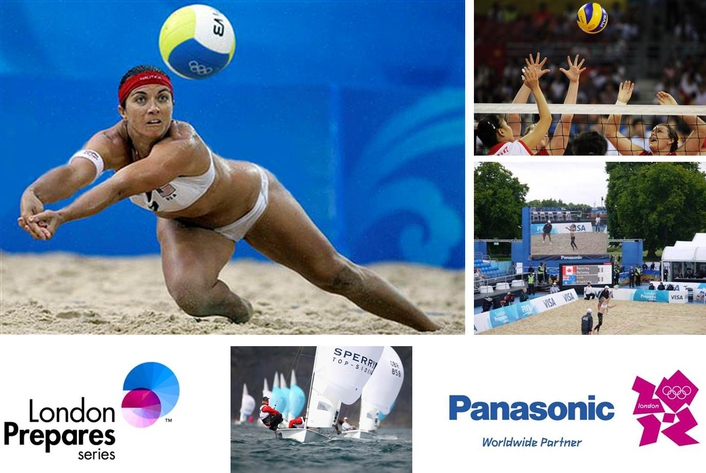 Inside Track will cover a wide range of sports, including beach volleyball, sailing and athletics
As an Official Worldwide Olympic Partner, Panasonic has been given access to a number of London Prepares test events and has commissioned Tom Dunmore, former editor-in-chief of Stuff magazine to prepare a series of short videos on the test events, giving viewers behind the scenes access to London 2012.

Panasonic and the Olympic Games
Panasonic has been an Official Worldwide Olympic Partner in the Audio and Visual Equipment Category for more than 20 years - providing technology and video expertise from large screen displays, audio and broadcast equipments at the event venues to supplying top of the range cameras, camcorders and plasma displays to support the training programs of athletes such as the British Sailing team and Heptathlete Louise Hazel.

Bringing viewers closer to the action, vast 103 inch plasmas will be suspended over the crowds at Excel, and the world’s largest plasma - Panasonic’s 152inch screen - will also be in use during Games time.

Panasonic’s Test Event Videos
A comprehensive testing programme for London 2012 is in progress - focusing primarily on testing the field of play, results, scoring and timing systems, as well as key operational procedures and functions. 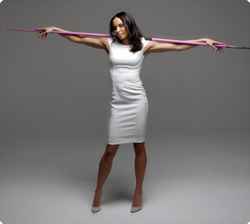 Panasonic has commissioned Tom Dunmore’s production company Mediablaze to create a series of ‘Inside Track’ videos detailing Panasonic’s involvement with the preparations for the Olympic Games. Inside Track will cover a wide range of sports, including beach volleyball, sailing and a behind-the-scenes training session with Heptathelete Louise Hazel.  The short films will look at how Panasonic’s screen technology, broadcast equipment and CCTV products are used in the Olympic Games venues and by the athletes themselves in their quest for a gold medal.

The Inside Track videos will be presented by Tom Dunmore, former Editor-in-Chief of the world’s best-selling gadget magazine Stuff. Tom is a journalist and broadcaster who has made regular TV appearances as a talking head for BBC Breakfast, BBC News, Sky News and as a presenter of Five’s The Gadget Show.

The first Inside Track video can be seen at YouTube http://www.youtube.com/panasonicuk, with further episodes released throughout 2012.