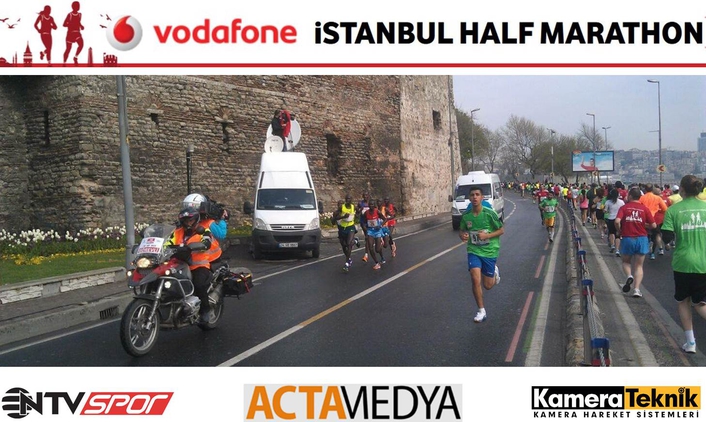 .
Vodafone Istanbul Half Marathon was held in Old City of Istanbul on 26 April 2015. More than 8 thousand people attended to the Half Marathon. The Half Marathon has been produced by ACTAMEDYA& MEDIAPRO TURKEY and CAMERA TEKNIK co-operation.

1 Helicopter, 1 Cineflex camera, 2 Motocycles, 2 Motocycle cameras, 2 OB Vans, 5 DSNGs, 2 Octocopters and 3G supported broadcast systems were used in the organization that was co-ordinated by an entirely Turkish team. For the broadcast fixed RF points were set up in Eyüp, Feshane, Yenikapi, and Galata Tower. The broadcast signal was flawless thanks to the high level of technical co-ordination. 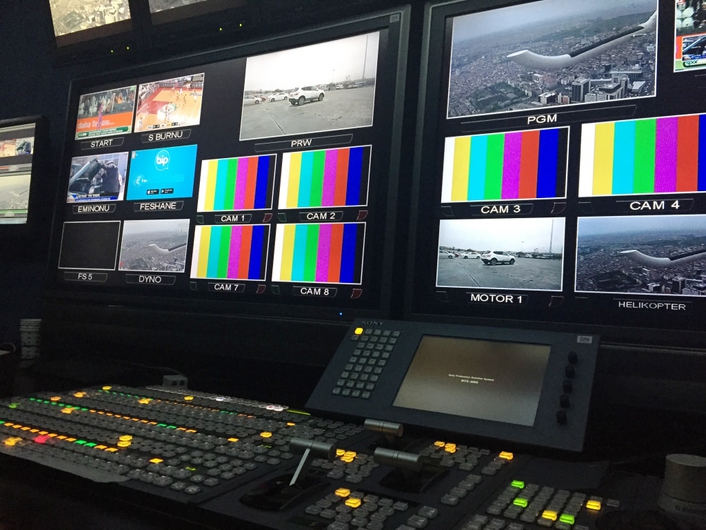 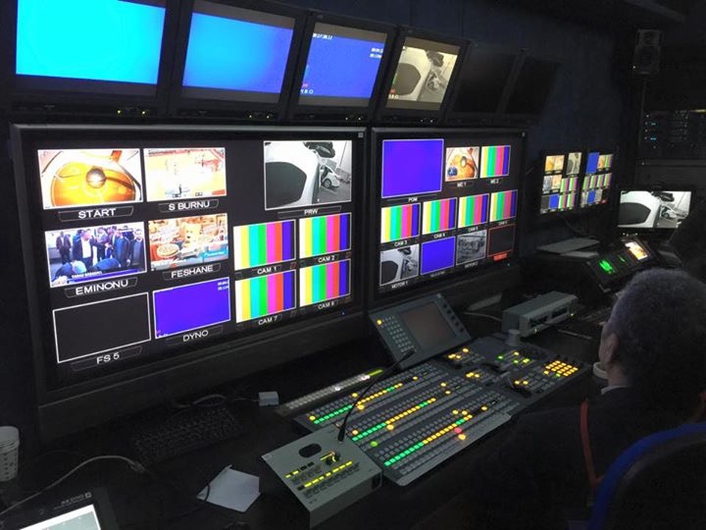 At Start 7 cameras including 1 Jimmy Jib, 1 Wireless camera, 1 Octocopter camera were set up, while at the Finish 8 cameras supported by 1 Jimmy Jib were set up. In total 28 cameras were used during the production. The event broadcast by NTV Spor started at 8.00 a.m. and the live broadcast lasted for 3.5 hours. The broadcaster was supported by 10 cameras set up in 5 DSNGs, while 1 Helicopter and  2 motorcycles produced wireless signal via RF system. Also the HD signals produced by Octocopters were used at Start and Finish.