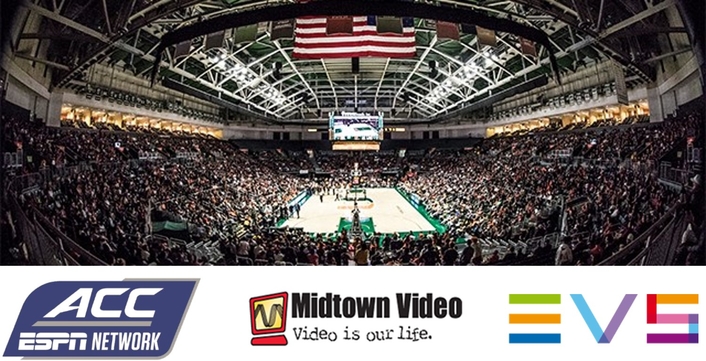 The University of Miami (UM) – the home of Hurricanes Athletics – is set to become the first university in the US to deploy the software-defined DYVI switcher to produce live sports. The switcher from EVS, a leading provider of live production technology, is used by multiple professional sports teams and will be implemented into the athletics department’s campus production control room as it prepares to undertake its new production role for ESPN’s upcoming ACC Network.

Installed as part of a wider broadcast facility upgrade, DYVI will be instrumental in the creation of both digital and linear programming by the university production team as it begins outputting broadcast TV feeds for the first time. This comes as each of the 14 schools in the Atlantic Coast Conference assume responsibility for producing their home-events for the ACC Network which is set to begin broadcasting next year.

To meet the expectation of the highest-quality output for ESPN, the University of Miami knew it would need a switcher that featured at least three MEs and could be reconfigured quickly because it would be used for more than ten sports with overlapping schedules. The built-in flexibility and configurable nature of DYVI means it’s perfectly suited to this kind of production setup and doesn’t need reconfiguration for each sport requirements.Cliquez sur cet élément de texte pour insérer votre texte.

“When the EVS team demonstrated the DYVI switcher to us, I was immediately blown away,” said Drew Thomas, the director of production services for the University. “DYVI could effectively let us put in place 99 MEs if we needed them, so we can jump from a basketball setup to a baseball configuration at the touch of a button.”

With a young team of production operators, the intuitive interface is another feature of DYVI that played a key role in the university’s decision to go with the switcher. “The interface quickly makes sense and provides an excellent user experience,” added Drew. “It easily does what I’ve always wanted other more traditional switchers to do.” 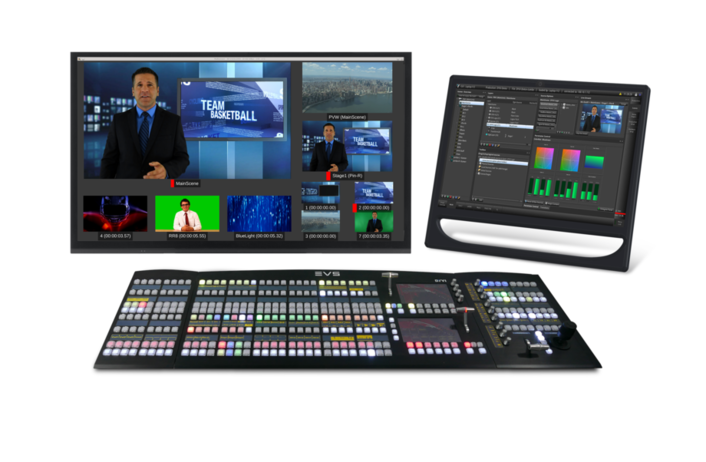 As part of the same control room upgrade, the production team also needed to implement a robust replay solution that would consistently deliver for over 100 sporting events a year. To meet this demand, UM also put in place two XT3 live production servers and four LSM remote controllers. The EVS systems will be used to ingest live feeds from events taking place across the campus into the control room, where operators will create replays of the action, which will be cut into the live output by DYVI.

One of EVS’ key channel partners in the region – Midtown Video – played an important role in bringing EVS solutions to the attention of the University so it could prepare for the launch of the ACC Network.

“The introduction of the ACC Network is a great opportunity to showcase the on-campus sports that the Hurricanes excel at, so we wanted to maximize this opportunity with this facility upgrade,” commented Drew. “The reliable and intuitive nature of EVS technology is going to play such a key part of the creation of our first linear TV broadcast and I’m really excited to get it up and running.”

The University of Miami will complete all aspects of its facility upgrade and begin running full productions by the end of the year. ESPN’s ACC network will begin broadcasting on its dedicated TV channel in 2019, while continuing to also deliver output to its accompanying ACC Network Extra mobile platform.