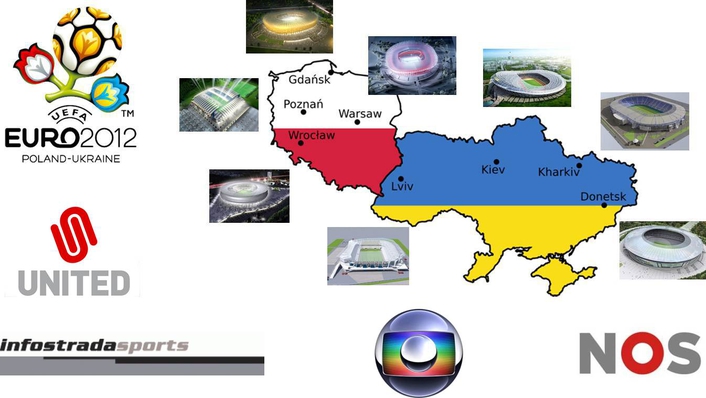 NOS chose to use United’s HOL-270 satellite car to monitor the Dutch teams’ progress. HOL-270 will be used as a 4 camera car to record NOS’s evening programme, ‘Summer Studio / Studio Zomer’. This will be presented by Jack van Gelder and broadcasted from Krakow. 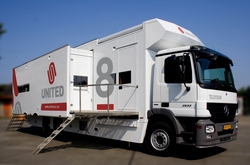 In addition, OB 8 will go to Kharkiv equipped with seven cameras. All of the Dutch group games will be played here. The programme will be recorded by OB 8 and broadcasted from the stadium.  The match previews, downtime activities and commentaries will also be recorded. These vans will head off on May 30th; depending on the Dutch teams’ success, they may not be back in the Netherlands until July 2nd. If the Dutch team make it through their group rounds, United’s HOL-272 will also head to Poland to make news items. 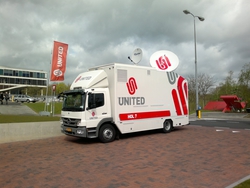 TV Globo will use satellite van HOL-7 this year from the 1st of June till the 1st of July. This car will be equipped with two HD cameras. TV Globo has chosen to hire a Senior Vision Engineer, a Senior Sound Engineer and gripper with the van. A Brazilian camera crew will be flown in to capture an impression of the tournament’s atmosphere.

During the event, Infostrada Sports will produce an item for Voetbal International Oranje which will be broadcasted daily. Satellite car HOL-45 has already been employed for this.

United will also be providing facilities at the Olympic Games and the Tour de France. More information about this will follow shortly.