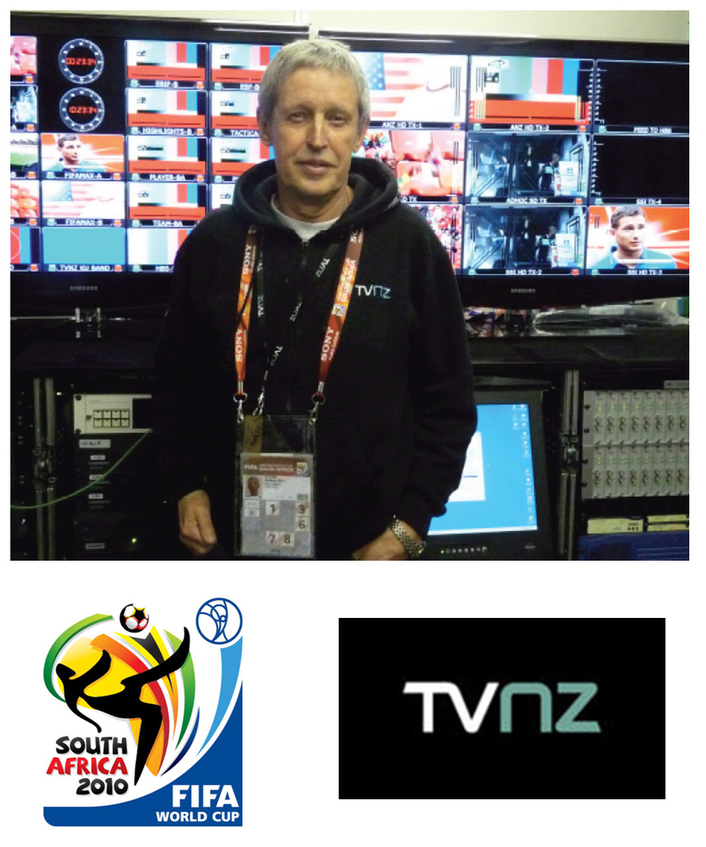 It’s not All Black or All White for TVNZ’s Rodney Haugh
“Football is not tremendously popular in New Zealand,” admits Rodney Haugh, Project Engineer for Special Events with TVNZ at the IBC, “or rather, it was not tremendously popular until the All Whites qualified. That popularity has definitely grown with the opening result - viewing stats were through the roof back home.”

To respond to New Zealand’s new found love of football, TVNZ have a dedicated operation in South Africa. “We have two on-site engineers at the IBC, including myself, as well as two technicians at the Satellite Farm,” says Rodney, “and a news gathering team of between six and eight people. If the All Whites make it past the group stage, they will all stay on, if not, then we will keep two people back until the final.”

TVNZ will be broadcasting in both HD and SD, with the SD feed primarily used for the ComCam. There will also be an ad hoc feed used for the TVNZ news feed. “After the first [New Zealand] game we lifted the nightly news segment off the server and sent it to the [All Whites] team, to show how people in New Zealand are reacting to the game,” adds Rodney, “they were stoked!”

“With a population of just over four million, we could very easily continue to pick up a large percentage of viewers,” concludes Rodney, “and who knows, if the team progress, the All Whites may find themselves rivalling the All Blacks!”