TVN at the UEFA CL Final in London 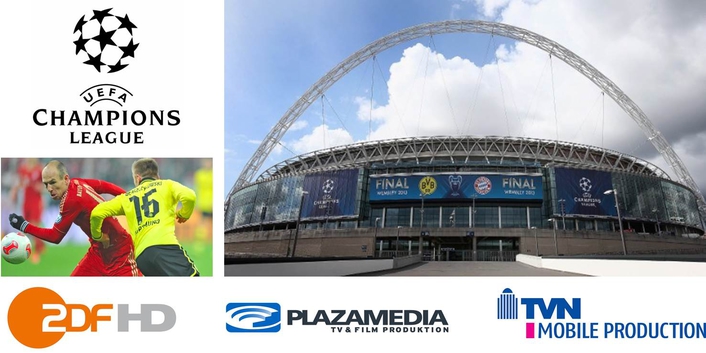 .
Tomorrow faces the UEFA Champions League decision in London. TVN MOBILE PRODUCTION will broadcast unilateral signal of the final between Dortmund and Munich from the legendary Wembley stadium for the German public broadcaster ZDF.

There´s really no lack of German involvement at the UEFA Champions League Final in London tomorrow: Besides Bayern München and Borussia Dortmund also TVN MOBILE PRODUCTION staff from Hannover, Lower Saxony will line up in the legendary  Wembley Stadium to execute the soccer sensation for German TV station ZDF with OB van TVN-Ü3HD. 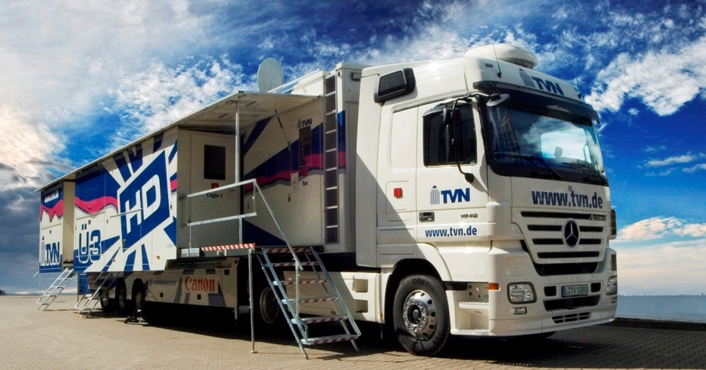 Four TVN trucks and about 40 crewmembers started from Hannover in the direction of Wembley on Wednesday. "It´s a great honor for us being authorised with a TV highlight as the Champions League Final with two outstanding teams," TVN sports coordinator  Sebastian Rebelowski says. "We are proud to deliver the pictures for the German Free TV area. Plus we are very excited about the result of the match!"

Wembley is no unknown territory for the TVN teams: They also produced the last match before the extended rebuilding period of the legendary arena 2003-2007 as well as the first international game afterwards, England vs. Germany.

During the current season, TVN produced several Champions League matches: All home games of Munich aired on Free TV, the match Paris St.-Germain – Valencia in Paris and the semifinal match Barcelona CF - FC Bayern München in Barcelona. 15.91 million soccer fans watched the 0:3 away win of the Bavarians over FC Barcelona on a Wednesday evening, which amounts to 46,2% of all viewers. For the final, an even higher rate can be expected.

TVN MOBILE PRODUCTION will produce the Champions League Final on behalf of Plazamedia for the German TV station ZDF.