High Class References
As well as classic football productions, PLAZAMEDIA is in demand for a range of other reasons above and beyond impressive footage, professional production or smooth broadcasting operations. PLAZAMEDIA has a long list of high-class references for its work on established, popular events, like the Hahnenkamm downhill ski race or major table tennis tournaments.

The best equipment and highly competent staff were in operation throughout. As well as offering live broadcasts produced with five cameras on location, cities like Berlin welcomed over 6,000 fans to see traditional teams battle it out for the first title of the revived tournament including Hertha BSC, Borussia Mönchengladbach, Werder Bremen, Bayer 04 Leverkusen, 1 FC Köln and 1 FC Union Berlin. PLAZAMEDIA was also in action for D:SF on 10 January at the fourth Stadtwerke Düsseldorf Winter Cup 2010. Using up to eight cameras, it delivered footage of these and other friendly matches held at home and abroad. One such example is FC Basel v. Bayern Munich, which PLAZAMEDIA covered live for D:SF in Basel, Switzerland, in early January this year. PLAZAMEDIAs outside broadcast service portfolio for D:SF also includes production of other sports, such as handball and basketball. As well as broadcasting the German TOYOTA Handball and BEKO Basketball Leagues, PLAZAMEDIA will also be delivering thrilling footage of international handball matches in the 2010-2011 season. These will include Germany v. Iceland and Germany v. Brazil. 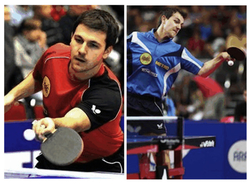 Among PLAZAMEDIAs many seasonal productions for the German Table Tennis League, the DTTBs Final Four Tournament is particularly noteworthy. Also known as the Cup and Concerts, last years Final Four Tournament closed with a concert by Culcha Candela. It was broadcast from Dortmund on 27 December 2009 to a television and internet audience of more than 9 million a clear indication of the growing popularity of table tennis in Germany. With top-quality, six-camera live coverage by contenthouse and PLAZAMEDIA, the tournament was broadcast for two hours on D:SF and other outlets. PLAZAMEDIA also captured every detail of its thrilling action for live streaming via the German Table Tennis Leagues own online platform DTTL.tv. 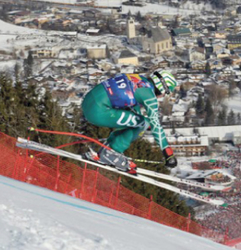 Throughout the three-day ski event on the world famous Streif, PLAZAMEDIA was on the road around the clock for SetOne. With two ENG crews, two editing suites, and SNG in operation, PLAZAMEDIA produced gripping HD and SD reports for the Audi.TV internet site and transmitted it to the international sports media via satellite.