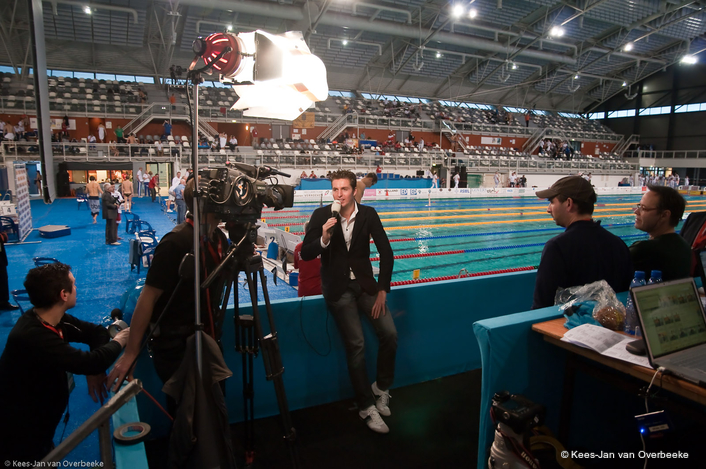 Swim Cup Eindhoven 2009
Top level international and elite Dutch swimmers converged at the “Pieter van den Hoogenband Swim Stadium” in Eindhoven to compete for the Swim Cup 2009 from November 27th to 29th. The event was organised by Eiffel Swimmers PSV/NZE for the sixth consecutive year. On this particular occasion, the organisers of the Swim Cup, hosted by the legendary Dutch sprinter – Peter van den Hoogenband, turned back the clock to December 31st 2007. 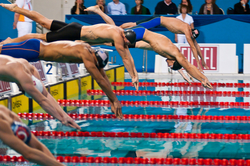 They offered a prize of 10,000 euros to anyone breaking a record previously set in the era of polyurethane body suits to anyone wearing a new regulation textile swim suit conforming to the new International Swimming Association (FINA) regulations. The use of the high-tech polyurethane suits has caused much controversy – some critics liken the technology to the use of drugs. The new FINA regulations do not take effect until January 1, 2010, however this event pre-empted the legislation and all competitors had to conform. The competition was excellent but unfortunately records weren’t broken so the prize fund stands unclaimed. The finals of the Swim Cup were broadcast on November 29th by Dutch Broadcaster NOS. The event was produced on behalf of and in cooperation with – nobeo’s Dutch sister-company Cinevideogroup using the OB Truck "nobeo 1". Five cameras including a camera on a rail system plus one EVS (6 Ch.) were used for the production. The event was recorded on XDCam.