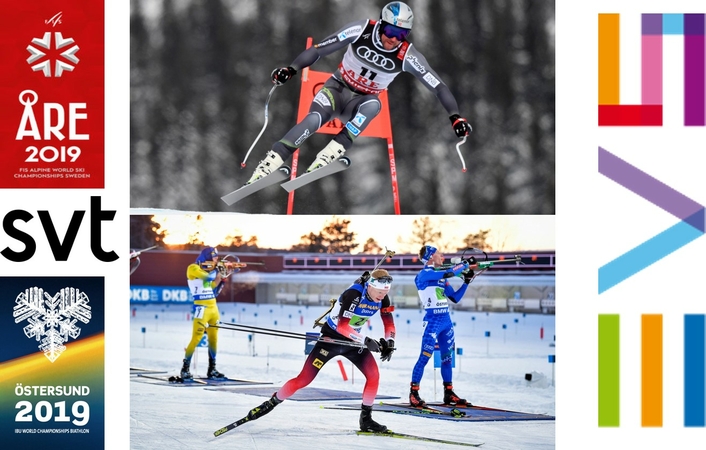 Swedish national public broadcaster SVT has utilized EVS live production technology to successfully deliver two complex and ambitious remote productions for high-profile winter sports events: The Åre 2019 FIS Alpine World Ski Championships and the Östersund 2019 IBU World Championships Biathlon, which took place in February and March in the neighboring Swedish resorts. This presented host broadcaster SVT – one of the pioneers of remote productions – with an opportunity to remotely produce both events from its broadcast center in Stockholm, some 600 km away.

Around 75 uncompressed HD camera signals were transported in IP via two 100 Gbps Telia fiber circuits from the events in central Sweden to SVT’s three control rooms back in Stockholm. The main director and vision mixer operator for both events were directing from galleries in Åre and Östersund that were connected to SVT’s central control rooms. 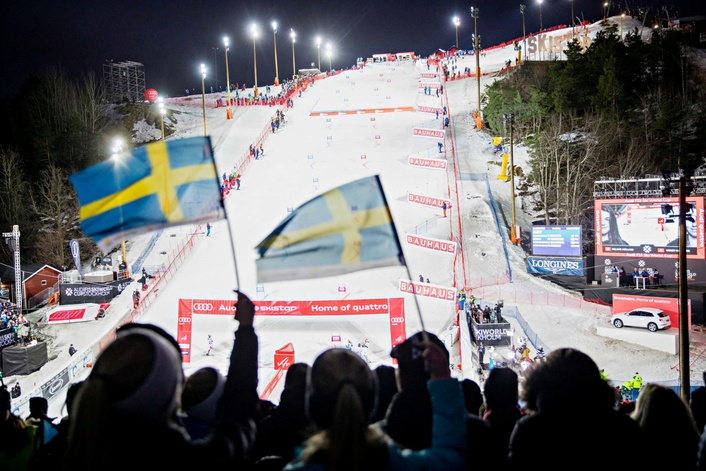 There, SVT scaled up its existing EVS resources for the specific demands of ingesting and producing the large amount of incoming feeds from both Championships which included standard cameras, triple-speed and 6 times super slow-motion cameras. This was done by bringing in additional industry-standard XT3 ChannelMAX servers from HDR Sweden to expand SVT’s existing EVS XT3/XS3 production servers and IPDirector PAM software suite. The expanded EVS system consisted of over 100 EVS HD channels for both Host and national-unilateral operation.

All EVS LSM replay operators were located in SVT’s Stockholm control rooms to provide instant replays, slomos, highlights and closers for the World Feed for both events. The EVS operators in the control rooms were able to create replays and highlights packages for the World Feed, World Feed Plus and also SVT’s national production remotely. One of the benefits of the central/remote operation, as all camera feeds were transported directly back to the broadcast center in Stockholm, was that SVT’s in-house editorial team working on the national-unilateral production as well as SVT’s winter program “Vinterstudion” had exclusive material at their disposal to craft even more compelling content.

The World Feed Plus, which was an additional feed produced and offered by Infront Sports & Media and SVT to all rights holders for the Åre 2019 FIS Alpine World Ski Championships, was also produced thanks to the EVS system. All EVS operators in the gallery were tagging the best Super Motion footage from each skier with metadata/keywords. And thanks to IPDirector’s advanced filtering and search capabilities, the World Feed Plus EVS operator could very quickly have a package ready of every skier as soon as they had completed their run. This would not be possible without EVS’ unique XNet instant live media sharing network, as Super Motion clips could be shared instantly across the XNet network without any transfer.

“We’ve been exploring the possibilities that remote productions bring since our first test at London 2012, as they can be both more efficient and more environmentally friendly. These two recent winter sports events were landmarks in terms of the sheer scale of what was attempted,” said Adde Granberg, SVT’s CTO and Head of Production.

Laurent Petit, EVS’ SVP Product said: “SVT has been driving forward remote productions for many years and have reached yet another scale on the host production of the Åre 2019 and Östersund 2019 World Championships. EVS is embracing and supporting such initiatives. From a product/solution development perspective, we do our best to assess our customer’s requirements in such remote production operations or by enabling remote access and workflows from OBs on location. The newly released XT-VIA and XNet-VIA will bring even more possibilities since it supports IP SMPTE2110 standards for any production environment.”

In addition to its involvement in SVT’s host broadcasts for both the FIS Alpine World Ski Championships 2019 and the IBU World Championships Biathlon 2019, EVS live production equipment was also extensively used on-site and at the broadcast centers of numerous rights holders.

At the 2019 NAB Show in Las Vegas (April 8-11, 2019), EVS will be showcasing its extensive line-up of industry-leading technology to connect creative teams, reduce technical demands, and enable efficient live production workflows in any environment. This also marks the beginning of EVS’ 25th anniversary festivities, which will kick off during an event for customers and press on Monday, April 8, at 4pm on its booth (SL3816).