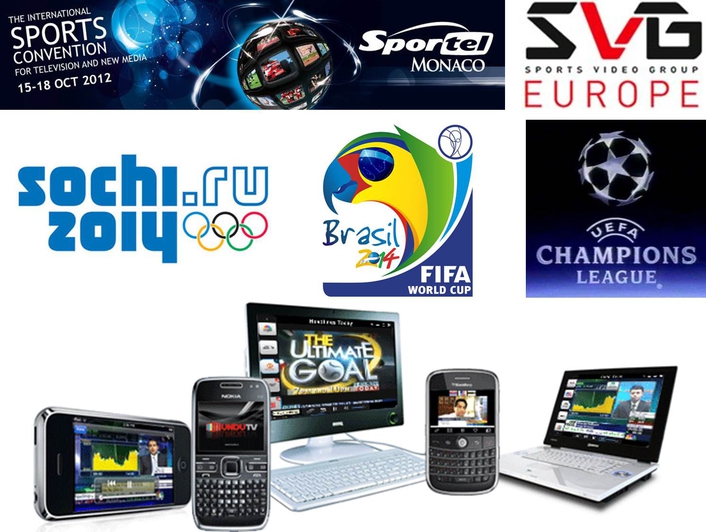 SVG would also like to invite you to a get-together following the panels. "After-Panel Mixer" will be held at the bar on Level-2 starting at 18:00!

BROADCAST SPORT: 2014 TECHNOLOGY FORECAST
16 October | Van Dongen (Level-2) | 15:00 – 16:00
2014 will be an important year for sport broadcasters as two global events, the Winter Olympics and the World Cup, will dominate the attention of sport fans across the globe. There are also developing technologies on the production side that could greatly enhance the way production professionals create content, as well as the way sport fans consume content. Leaders in the field of sport production lay out their vision for how technology will be used in 2014. What technologies will make it more cost-effective to produce sporting events, both big and small?

TV ANYWHERE: 2014 TECHNOLOGY FORECAST
16 October | Van Dongen (Level-2) | 17:00 – 18:00
Sport fans are consuming more content via PCs, tablets, and mobile phones than ever before. How can sport channels and federations best meet this growing market segment? What are the revenue opportunities? And how will content developed for an interactive experience need to evolve to offer a compelling and complementary alternative to traditional big-screen TV viewing?

SPORTEL RETURNS TO BRAZIL IN 2013!
The SPORTEL organization has also announced the return to Brazil for its second edition of the hugely successful SPORTELRio for 2013. Ever since Brazil was chosen as host country for the FIFA World Cup in 2014 and the Olympic Games 2016, all eyes of the sport and media industry are on Brazil. The second edition of SPORTELRio will take place from 11 to 13 March in 2013.