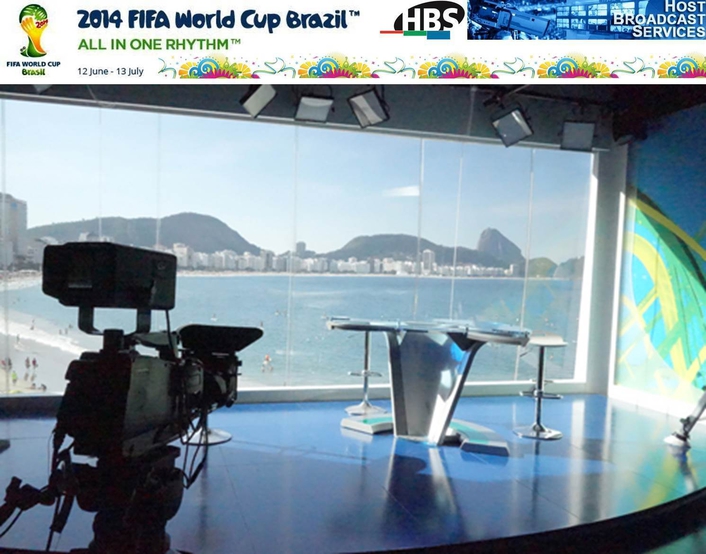 The Copacabana facility offers some stunning views
When broadcasters with space at the Outside Presentation Studios welcomed their audience for the Opening Match of the 2014 FIFA World Cup Brazil™ there was no mistaking their presence in the host country - the view of Sugarloaf Mountain has never looked as good as it does from the OPS.

After the success of the Outside Presentation Studios at the 2010 FIFA World Cup South Africa™ FIFA and HBS, in partnership with the LOC, were eager to replicate the experience in Brazil by providing a limited number of studios with the best possible view.

The problem was that the best view identified was from the end of Copacabana Beach on Avenida Atlantica, a main traffic artery in Rio's Zona Sul. HBS' solution was to construct the studios on top of a nine-metre high platform that would straddle the road and pavement, without affecting pedestrians and vehicles.

Construction of the platform commenced on 6 March, with work on the studios beginning on 27 March, and after less than two months of intensive work the studios were ready for broadcasters to move in on 22 May.

Not only does the OPS vista highlight the iconic peak that juts out of Guanabara Bay, it also includes one of the most famous beaches in the world – that of Copacabana and the daily activities that have been going on since its glamourous heyday in the 1970s. 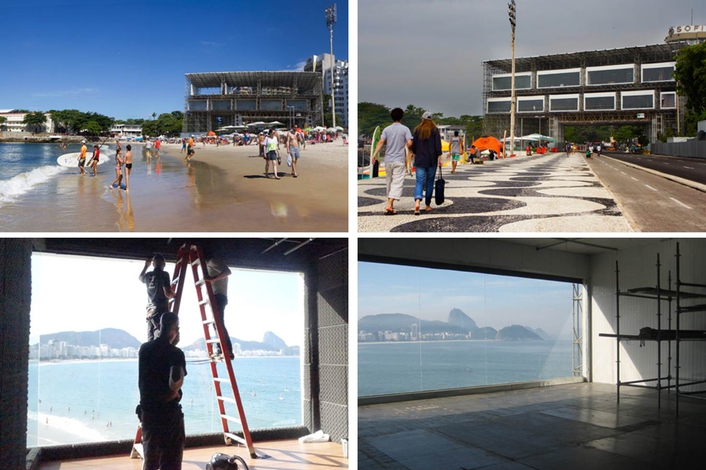 There are nine studios at the facility, plus 37 cabins and generators on-site. Each studio offers telecom connectivity to the IBC, sound isolation and 24/7 BTP. Eleven broadcasters from eight countries, including beIN Sports, BBC, KBS, ITV, SKY Italia and SBS Australia chose to broadcast from the OPS – all planning to provide the best viewing experience for their audiences back home. 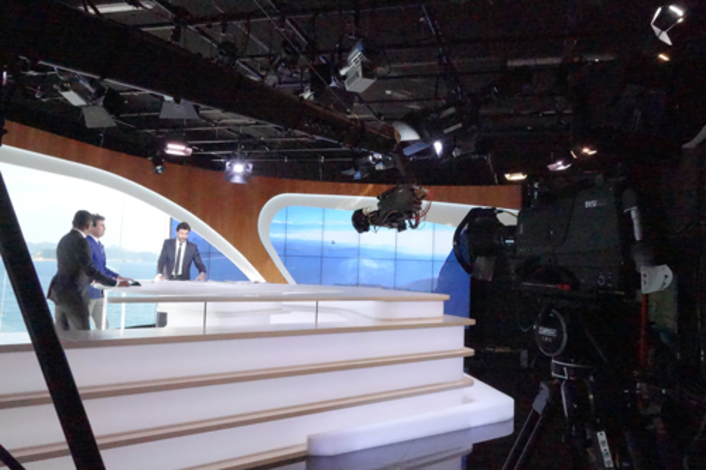 Standing 22 metres tall in total, 57 metres in length and 50 metres in width the giant structure has become almost as familiar a fixture to locals along Copacabana Beach as the luxurious hotels and lively kiosks that decorate the sun-kissed strip. There is even wireless connectivity to enable cameras to shoot from the famous beach.