Special Cameras at the IAAF World Championships 2013 in Moscow 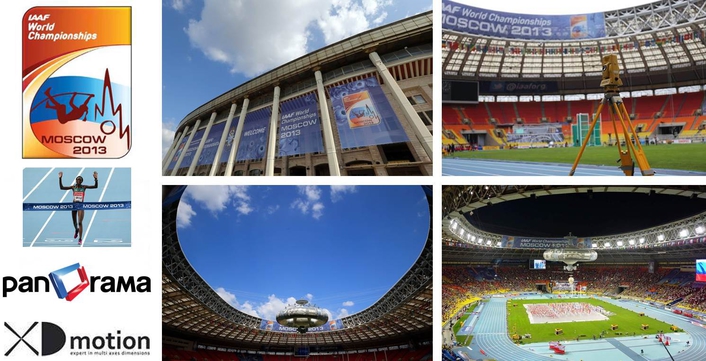 .
From 10 to 18 August 2013, the very best athletes from around the world will again converge on the Russian capital, in the beautiful Luzhniki Olympic Complex, thirty-three years after the 1980 Olympic Games.

LUZHNIKI ARENAS
The main stadium called “Big Sports Arena” has a capacity of 75,000 spectators and has been renovated for the World Championships. A new Mondo track has been installed with 9 lanes in the straight and 8 lanes in the oval. The other three athletics tracks have also undergone renovation in 2012.
The Sports Complex includes:
• Big Sports Arena – Main Stadium
• South Sports Complex – Throws Training Venue
• North Sports Complex – Warm-up Area (with adjacent long throws area)
• Sportgorodok Stadium – Training Venue 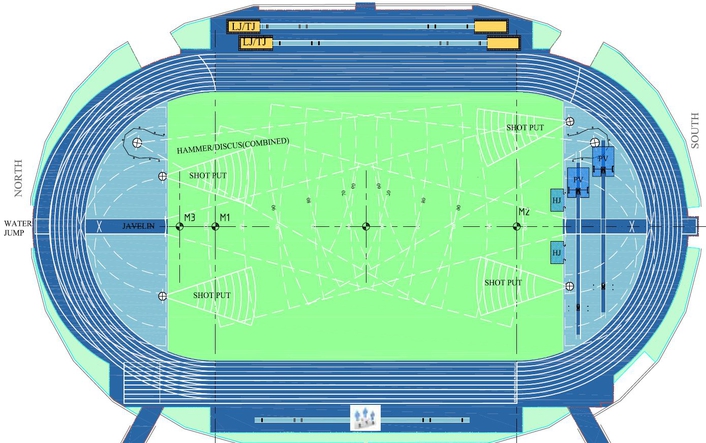 MARATHON AND RACE WALKING COURSES
The Marathon and Race Walking events will both start and finish in the Luzhniki Stadium. The Marathon Course comprises one small loop of 7.5 km and three large loops of 10 km. The course runs through the city centre, passing by many of Moscow’s landmarks, including the Red Square, before returning for the finish to the Luzhniki Stadium. The Race Walk Course will be conducted on a 2 km loop course inside the Sports Complex, alongside the river. 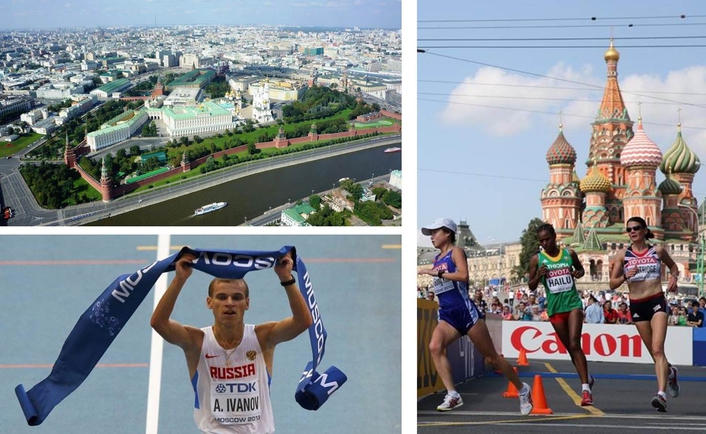 In the 30 years since the first edition of the IAAF World Championships in Helsinki 1983, the event has gained in status and popularity thanks to the outstanding performances of the athletes and the tireless work of the Media. Acting as the eyes and ears of the millions worldwide who are not fortunate enough to witness the competition live in the stadium, Media representatives are instrumental in ensuring the success of the championships. 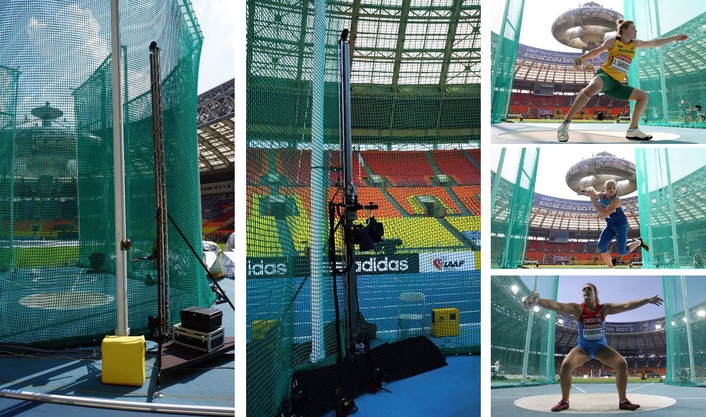 This year about 3000 journalists from all over the world are covering this major competition. Broadcasts of the World Championships Moscow 2013 will be viewed in more than 200 countries in all the continents.

ANO Panorama is on location with four of their HD OBVans and a new Special Camera Van. From here ANO Panorama staff is controlling the special camera signals covering the Discus/Javelin/ShotPut/Horizontal Jumps/Vertical Jumps competitions and distributing the signals to VGTRK and Panorama OBVans via Riedel MediorNet.

The special cameras have a very tight schedule and have to deliver images for different feeds and OBVans and it is very important that the special cameras OBVan is able to satisfy all the various requirements. 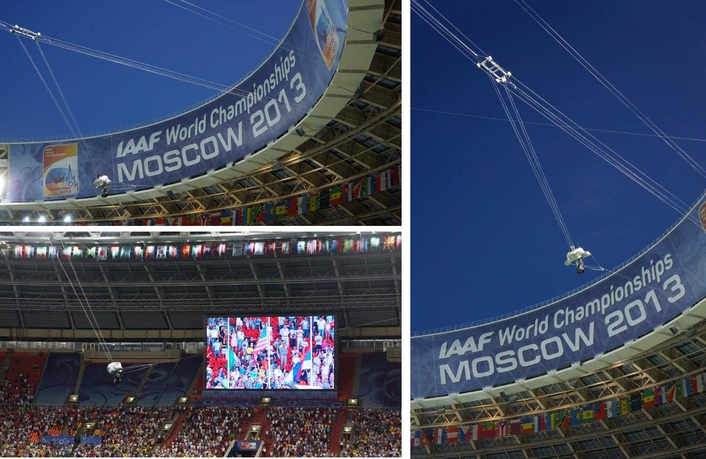 X fly 2D at the IAAF World Championships in Moscow

XD motion from France was ordered by the host broadcaster EPC S.A. to deliver and operate various special camera equipment in cooperation with ANO Panorama: A world first is X fly 2D which is moving horizontaly and verticaly above the 100 meter track. Mounted in parallel to the 100m track is a Cineflex HD wide angle RF X track Hi Speed with double Stab C Compact heads (delivered by RTS) and UltraMotion / SuperSloMo cameras. The UltraMotion camera is a Phantom v642 and is delivered by ANO Panorama. 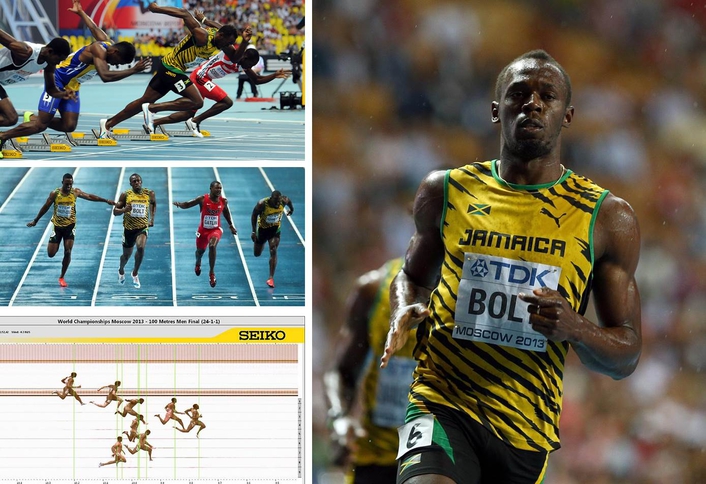 At the Hammer / Discus  cage XD motion has installed a vertical TrackCam (with a Sony HDC-P1 on a remote MiniShot delivered by RTS and operated by ANO Panorama staff), while another worlds first is the premission of Vladimir Putin for the French helicopter and camera crew from XD motion to fly over Moscow to cover the marathon competitions with a 42x Cineflex. 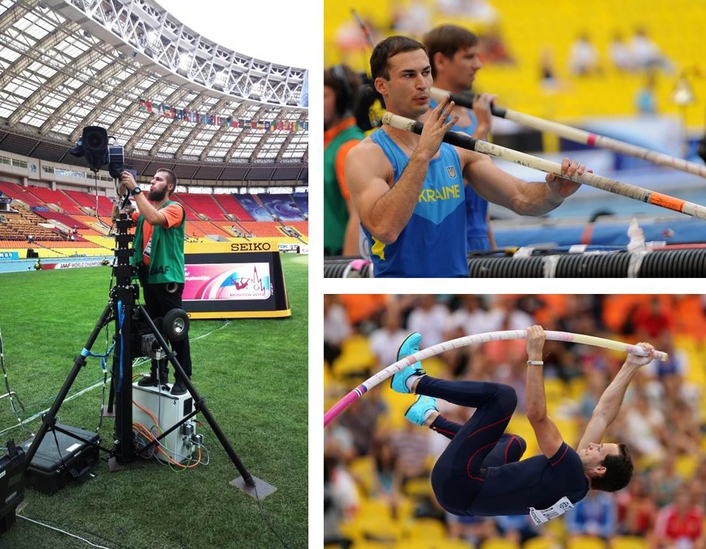 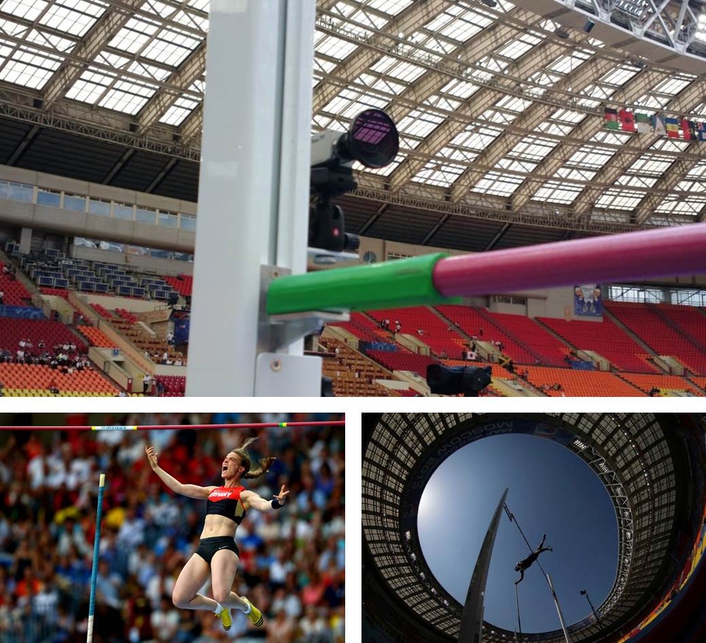 Microcamera on bar for pole vault