Brian Sullivan, CEO of Sky Deutschland: “PlazaMedia is one of our long-term and highly respected business partners. Today’s agreement marks the next step towards the full integration of key customer-facing operations. Following the insourcing of Premiere Star, Creation Club, logistics provider Loxxess, and Premium Media Solutions, PlazaMedia will allow us to accelerate innovation on-screen, and leverage future technology developments, such as Ultra HD. It also opens opportunities for synergies and supports us to further drive efficiencies.”

PlazaMedia is an established full-service provider for TV and new media as well as one of the leading producers of sports TV in the German-speaking markets. The company provides production services for football matches for Sky Deutschland each year as well as Sky’s studio shows such as Sky90 and Samstag LIVE!. It is also a production partner for the Sky football conferences as well as Formula 1.

Plazamedia’s current contract with Sky Deutschland runs until mid-2017 and covers outside broadcast production and in-house production for the Bundesliga, the Champions League, Europa League and Formula 1 motor racing. The company, based north of Munich not far from Sky, also broadcasts HD and 3D sports channels for the pay TV platform. Its client roster includes public broadcaster ZDF and the Walt Disney Company Germany.

Sky Deutschland is in discussions with members of the existing bank syndicate to finance the purchase price with new credit facilities supported by a guarantee by its majority shareholder 21st Century Fox. Should the intended bank financing not be concluded, 21st Century Fox has committed to provide an unsecured shareholder loan. 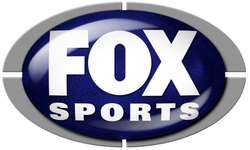 The deal is perhaps most interesting in the context of the sports rights market and 21st Century Fox’s global play with the Fox Sports networks. With ownership of a company specialising in live sports production, Fox could move from simply acquiring rights to premium events to producing coverage itself as well as broadcasting and even marketing them internationally.

Last year, Fox acquired a stake in Eredivisie Media Marketing (EMM), the company owned by the senior Dutch football clubs, and has also struck deals with the Deutsche Fussball Liga (DFL) to acquire Bundesliga rights in multiple European and Asian territories. The DFL wants to increase revenues from international sales of the league and may be open to the idea of a partnership along EMM lines with a company which not only provides a domestic outlet for its properties but offers guarantees of increased revenues worldwide.

The DFL has been open to doing a deal of this kind before, agreeing to sell all rights to Leo Kirch’s Sirius in 2007. That deal was blocked by German regulators who wanted to secure highlights on free TV, but the now-deceased Kirch’s sports rights interests are now part of the Constantin Medien empire. 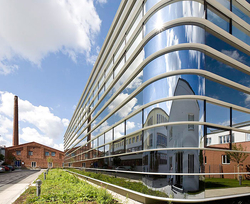 One of the attractions of such an arrangement from the Sky Deutschland/21st Century Fox point of view would be to exclude agencies from the equation and allow them to negotiate directly with rights holders, thereby avoiding the possibility of rights auctions which has led to continuing cost inflation. The Lega Calcio in Italy is reportedly considering a proposal from Infront Sports for a multi-year deal for media rights which it is thought would involve the agency acquiring Italian and international rights to Serie A.

The transaction, which is expected to be closed in H1 2014, is subject to certain conditions as well as regulatory approvals.