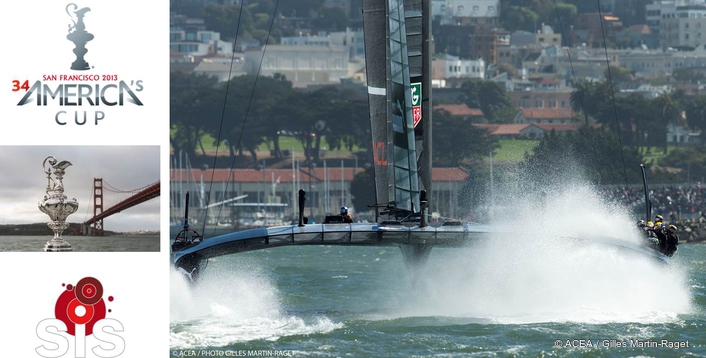 Innovative special cameras, audio and RF systems provided by SIS LIVE
The 2013 America’s Cup came to its dramatic conclusion in San Francisco Bay on 25th September with ORACLE Team USA emerging victorious having staged an impressive comeback to reverse an 8-1 deficit and beat Emirates Team New Zealand by 9 races to 8.  SIS LIVE was there providing unprecedented onboard coverage that has received plaudits from all over the world.

SIS LIVE has been involved in the broadcast of the competition from the start, back in 2010, with revolutionary technology allowing viewers to feel as if they were part of these exciting races. Throughout the competition the SIS LIVE special cameras team has been working closely with the yacht designers and racing teams to ensure that the onboard broadcast technology was as lightweight as possible and unobtrusively rigged to prevent any disruption to the onboard activities.  The ingenuity of the SIS LIVE teams has been apparent to a global audience over the last few weeks and the coverage has been seamless. 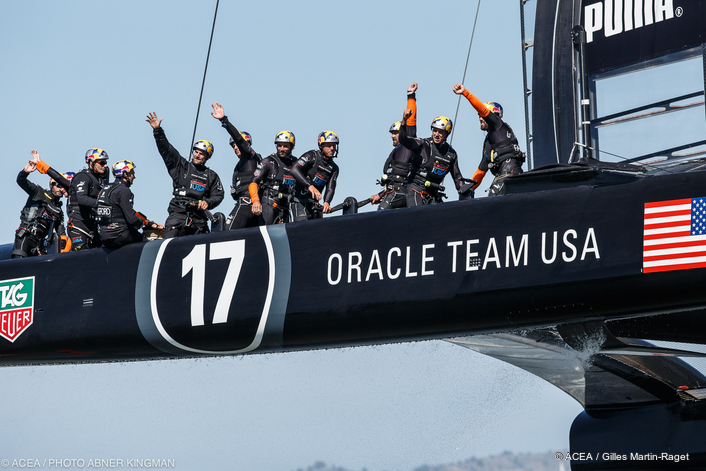 Paul McNeil, head of the on-site SIS LIVE special cameras team said “I am immensely proud of the whole team on site and all the engineering effort that happened at base to get us to this ground breaking coverage.”

Onboard coverage from each AC72 came from 6 agile and 1 fixed camera systems controlled by 2 operators, with 4 live feeds available to the director at any one time and switching used to select the four active sources. The director also had the option of seeing 2 quad split screens on his production stack. 16 channels of sound were captured from each yacht, including from SIS LIVE’s in-house designed 5.0 surround sound microphone, deck FX mics, radio mics on each of the crew members and 2 hull mics rigged inside the hull to capture the creaks and groans of the boats. SIS LIVE also handled the transmission and reception of all remote camera sources using its innovative RF over IP system and spectrum management expertise. 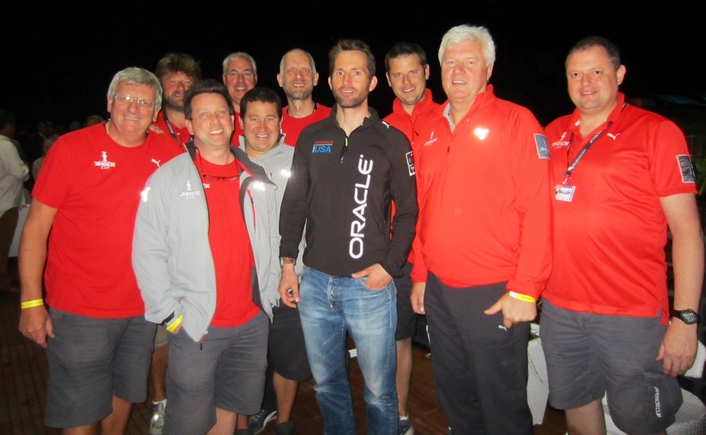 David Meynell, Managing Director, SIS LIVE, commented “I count myself as one of those who has been completely converted to live sailing, as I have been hooked over the last few days by the incredible excitement of the America’s Cup. The ingenuity of the SIS LIVE team has enabled some of the most daring and innovative coverage ever broadcast and contributed to one of the greatest sporting spectacles and comebacks in history. What is clear to me and, I believe, the entire global audience, is that this significant surge in interest has been driven by the accessibility and unbelievable quality of the coverage provided by SIS LIVE, which I am immensely proud of.” 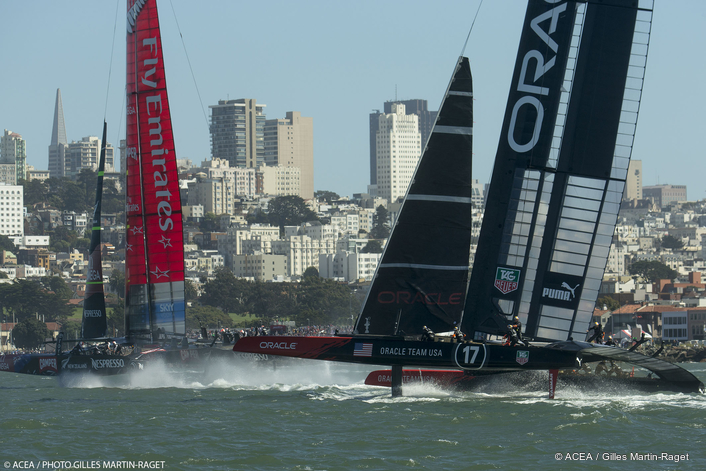 Denis Harvey, Production Executive, ACEA says “Three years ago we set out to revolutionize the TV coverage of 34th America’s Cup and, in doing so, introduce it to a new world of fans. Sailing is not only a challenging discipline, but also a challenging sport to broadcast as it takes place on a moving playing field, is in a harsh marine environment and all the camera and audio sources have to be delivered via RF. Over the last three years the SIS LIVE special cameras and RF teams have pioneered and evolved technologies and techniques used to create and deliver on-board coverage which draws the viewer into the heart of the action. Their imagination and technical ingenuity have helped us realize our ambitions and have set the benchmark for on-board coverage of future sailing events.”

SIS is one of the world’s leading companies in the television broadcasting industry. It is the foremost supplier of television programming and data services to the UK and Ireland betting industry. The company’s broadcast business, SIS LIVE, operates the largest satellite uplink fleet in Europe and is the largest outside broadcast provider in the UK. SIS LIVE offers a complete broadcasting solution including global distribution, satellite internet and IP provision, special camera systems, wireless camera solutions and broadcast systems integration services. SIS LIVE also designs and manufactures an innovative, market-leading range of satellite and broadcast products. The company covers over 100,000 hours of live events worldwide each year and delivers approximately 80% of live news feeds across the UK.  Credits include the America’s Cup, Formula One, Wimbledon Championships, Glastonbury Festival and European Tour Golf.