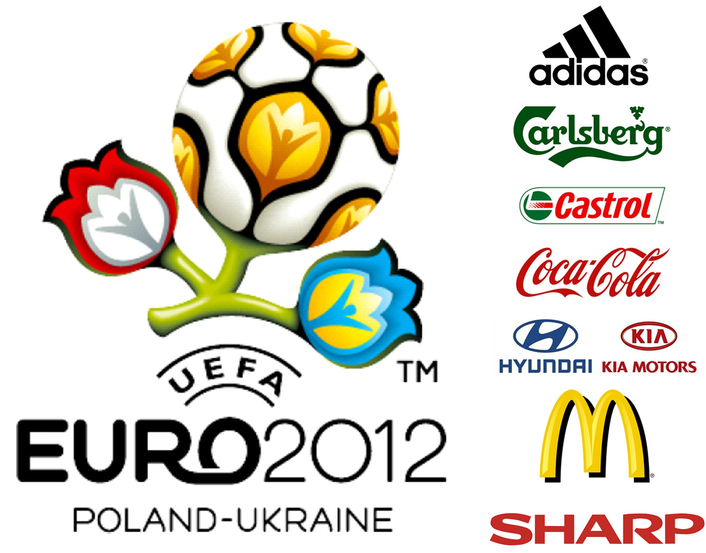 Sharp becomes the seventh UEFA EURO 2012™ global partner
UEFA today announced the appointment of Sharp as an official sponsor for UEFA EURO 2012™ and EUROTOP partner covering all national team competitions within the programme until end of 2013.

Under this agreement Sharp becomes the exclusive partner of audio-visual equipment and solarrelated products for the next edition of UEFA’s flagship national team competition which will take place in Poland/Ukraine in the summer of 2012.

Sharp therefore becomes the seventh global partner for UEFA EURO 2012™ following on from the previous announcement of the adidas, Castrol, Coca-Cola, Hyundai-Kia, Carlsberg and McDonald’s agreements.

“UEFA EURO is the premier football event for European national teams, and is a major event that will draw the attention of millions of fans and consumers not only in Europe, but also around the globe. In addition, 2012 is also the year we celebrate Sharp’s centennial anniversary. I am honored we will have the opportunity to be a EUROTOP partner for UEFA EURO 2012 in the milestone year of our hundredth anniversary. Through this sponsorship, we intend to boost Sharp’s brand value and work to further enhance our business in Europe” said Toshishige Hamano, Representative Director and Executive Vice President of Sharp.

Commenting on the signing, David Taylor, CEO of UEFA Events SA, said: "We are really pleased to welcome back Sharp to our exclusive group of partners after the fruitful relationship we enjoyed between 2003 and 2006. “Sharp has an established football heritage and this agreement marks the start of a new era in our partnership which will be beneficial to all of UEFA’s elite national team competitions under the EUROTOP umbrella.”