Considered the ‘pinnacle of yachting’, the America’s Cup is not only the oldest but also the most difficult sports trophy to win. The 2021 Cup, which took place in the Hauraki Gulf off the coast of Auckland, saw the defender Emirates Team New Zealand race against the challenger Luna Rossa PRADA Pirelli, winning by 7:3. Communications specialist Riedel was entrusted with the overarching technology concept for broadcast and race management for the host broadcast partner circle-o. To complement its hardware and software technologies, Riedel deployed custom-made Sennheiser microphones for the coverage of the prestigious sailing event, which saw the two innovative German companies collaborate closely on this extraordinary project.

Sennheiser engineers provided custom-made, water-proof microphones for the crews’ boomsets and the on-board cameras, ensuring top-class audio both for the broadcasts and for team communications. The microphones were fully matched to Riedel’s Bolero wireless intercom and integrated seamlessly into the overall communication set-up. 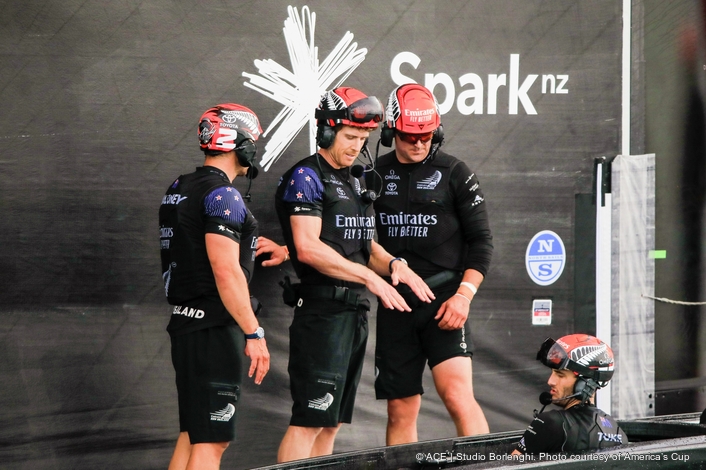 The team headsets were essential not only for communication but also for live interviews and captivating comments during the race. Sennheiser provided the water-proof microphones for the boomsets. The picture shows members of the winning Emirates Team

“We are absolutely delighted to having partnered Riedel on this spectacular project,” said co-CEO Andreas Sennheiser. “The America’s Cup is a high-tech race that puts both the teams and equipment to the very hardest of tests. In addition, it is yet another proof that sports broadcasting is a true innovation driver.” 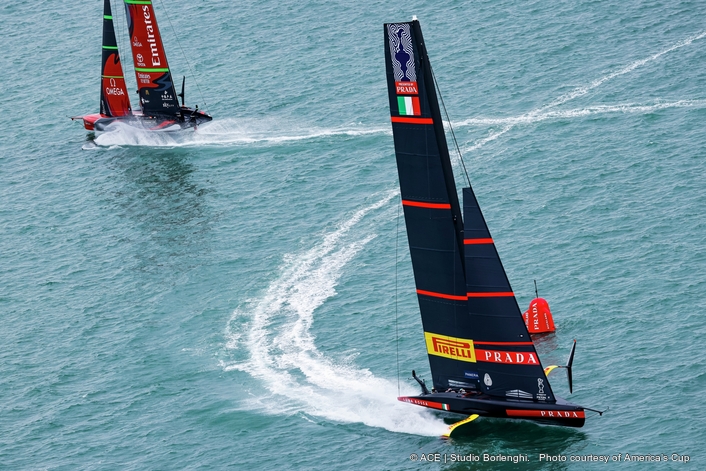 Thomas Riedel, CEO and Founder, Riedel Communications: “Decades of experience in the most demanding production environments culminated in this very special project with very special challenges. Together with our partner suppliers, all of whom represent the global standard in their fields, our team created a seamless production infrastructure that enabled circle-o to take its live coverage to thrilling new levels. Their stunning coverage opened up entirely new perspectives on sailing and perfectly illustrated the great impact technology can have on entertainment formats and the tangibility of sporting events.”

A tiny microphone mounted to the bottom of an on-board camera reliably captured the captivating ambient race sound, conveying the audience a perfect sense of the race speed and conditions

A microphone goes to sea

Michael Horn is the Manager of Sennheiser’s Competence Center for Acoustics and Mechanical Design. He provides an overview of the first prototypes developed by the team: “When Riedel contacted us about their concept for the America’s Cup, it was immediately clear that any microphone on board the race boats had to withstand truly extreme marine conditions, becoming completely immersed in water, and having to deal with loud wind noise.” 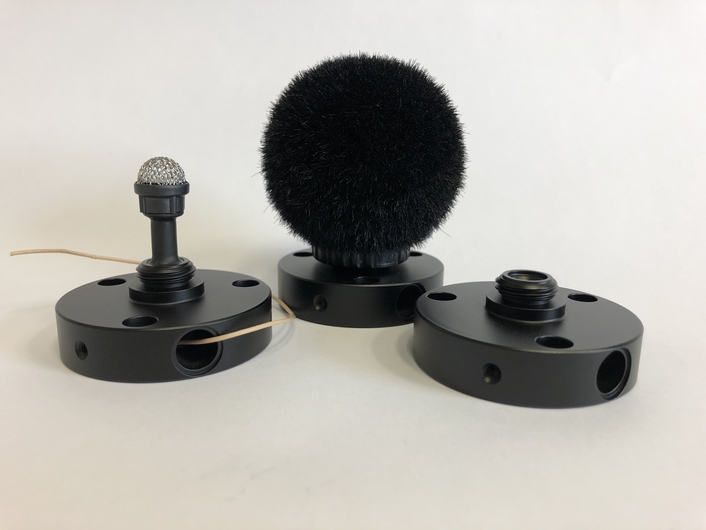 Prototypes of the water-proof mic with a mount option

Michael and his team developed a solution based on the MKE 2 elements. It included a professional broadcast microphone (frequency response 20 Hz – 20,000 Hz) that has a capsule protected against water by an Umbrella Diaphragm, which spans over the acoustically active diaphragm without altering its acoustic performance. In addition, the capsule was fitted with a protective grille that lets water simply drip off without ingress into the mic. 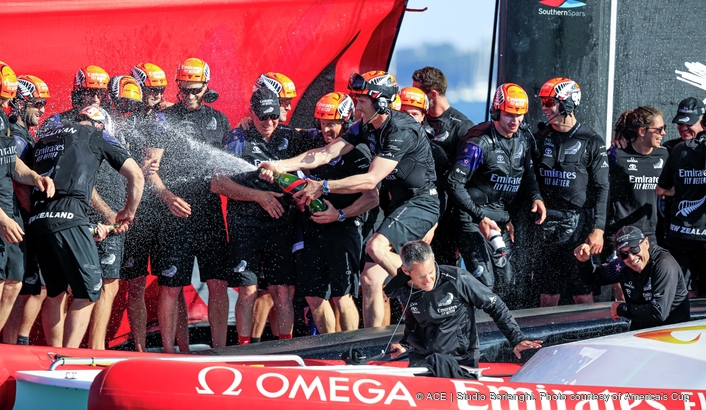 Another crucial element was the windshield made from a special foam material. Even when soaking wet, it still retained its excellent wind protection properties. The microphones achieved IPX7 class protection, meaning they were waterproof up to 1 bar (1 metre / 3 feet for 30 minutes).

Thanks to their elastic suspension, the mics were insensitive to any structure-borne noise, no matter if they were used in the headset configuration or as ambience microphones.

“The interaction of all these components is what makes this microphone so special,” explained Horn. “Other models might withstand some spray or even the odd splash but this microphone is the one. It just performs, no matter whether it is dry or wet, delivering captivating live audio from the boats and making communications within the teams easy.”