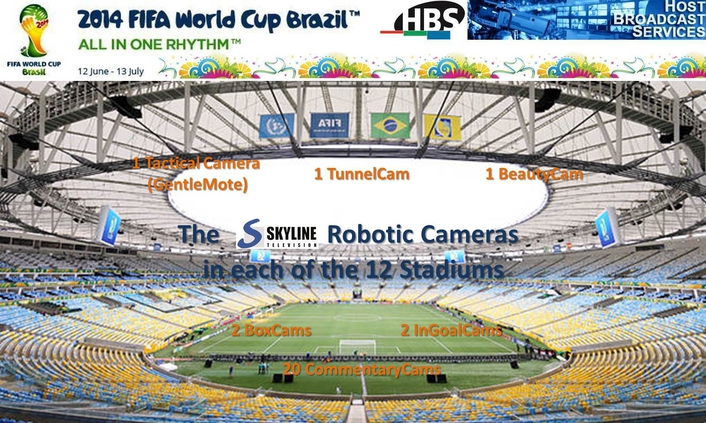 34 Cameras in each FIFA World Cup Stadium - 7 are operated remotely
A team of 32 technicians from TV Skyline are operating about 180 robotic cameras at the 12FIFA World Cup stadiums in Brazil. For the signal transport of the remotely operated cameras to the camera shading control units on the broadcast compounds TV Skyline has provided more than 200 fiber-based systems.

Part of the 34-camera plan for each stadium was a tactical camera mounted on a GentleMote head very high behind the left goal, two BoxCams mounted in an elevated position in line with each goal, providing a clear view of the goal and its surroundings, two InGoal cameras positioned in the back top corner of the nets, providing a POV perspective inside of both goals, a BeautyCam providing a picturesque view from inside each stadium and finally the TunnelCam providing images of the gathering of the teams before they appear on the pitch. 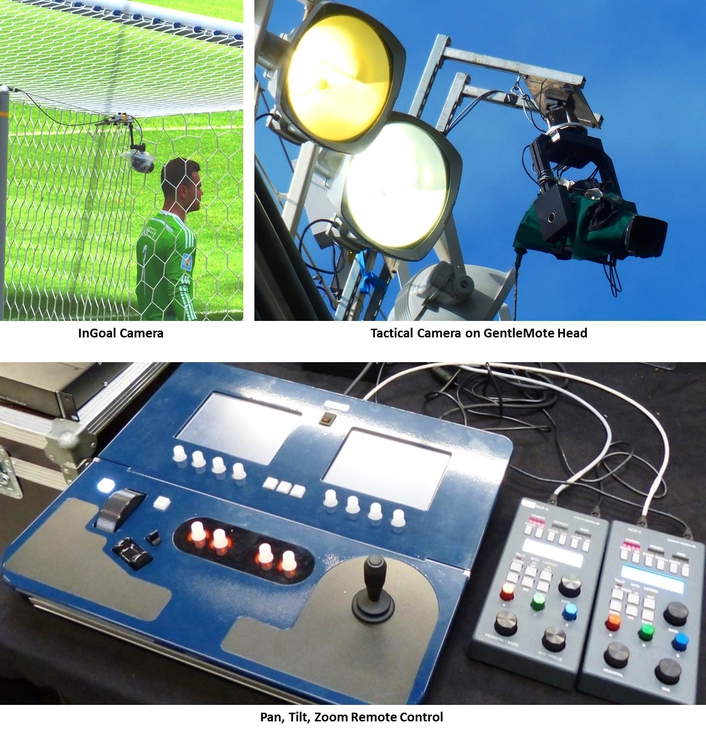 In addition to these cameras TV Skyline operated between 8 and 20 ComCams for the commentary positions in each stadium. During the pre-round matches 80 ComCams were in operation and moved between the stadiums. Each Media Rights Licensee (MRL) could book this service via HBS.

The operation of the robotic cameras is quite efficient because TV Skyline is ableto operate 10 or more of the commentary cameras with one person. 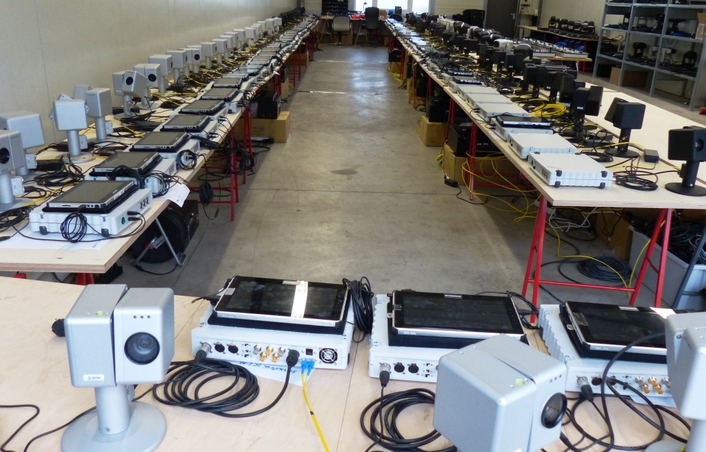 Testing of the ComCams prior to the shipment to Brazil

In Rio de Janeiro also two beauty shots of the city’s iconic landmarks are provided: The Sugar Loaf from a robotic camera mounted on Rio’s Sul Tower and a shot along the Copacabana Beach with another robotic camera mounted on top of the eight TV Studios HBS has installed in front of the Sofitel at the Copacabana. The signals from Sul Tower are sent by RF (4km) to the TV Studios and then via fiber to the IBC at Riocentro (35km). This enables the control of pan, tilt, zoom and the remote control of a spinning glass that keeps raindrops of the lens, from the IBC.

Rounding up this impressive list of unmanned/remotely operated cameras are two more: one which is mountedat the FIFA press conference room and one in the meeting room for the daily MRL briefings at the IBC.