Riedel at the London Olympic Games 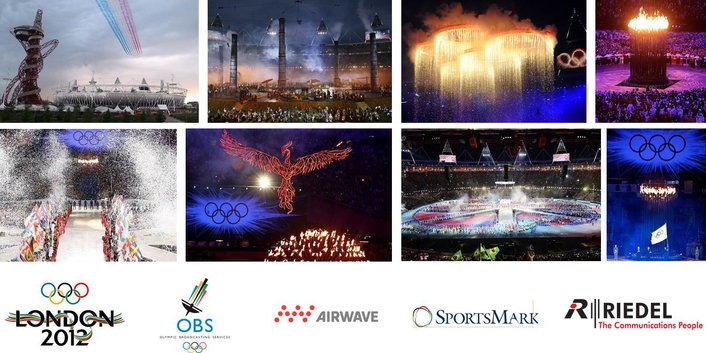 .
From January 2011 until the end of this year the intercom specialist Riedel was (and will be) on location to guarantee critical communication services for the LOCOG (London Organising Committee of the Olympic and Paralympic Games). 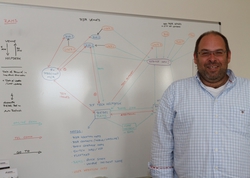 A staff of 140 Riedel employees supported
·    Airwave, a provider of high quality critical voice and data communications network and a UK sponsor of the  LOCOG
·    The Ceremonies Project for the opening and closing events for the Olympic and the Paralympic Games
·    The CCTV cameras at the Olympic Stadium
·    The wireless transmission of camera signals from five CatCam systems  ( Greenwich Park, Eton Dorney, Hadleigh Farm, Lee Valley and Olympic Stadium)
·    SportsMark – the Olympic marketing and event management services

Airwave delivered a private mobile radio service across all the London 2012 Olympic and Paralympic Games venues by building a completely new, independent critical communications infrastructure in operation from May 2011 when testing commenced and throughout the London 2012 Games themselves. This included dedicated base stations ensuring radio coverage across East London, and in venues across the UK including Weymouth for sailing and Old Trafford for football.

The network is called Apollo, and was and is used by LOCOG personnel to allow them to remain in contact with one another. Riedel delivered 18,000 digital trunked radios (TETRA) which were divided into 1,700 user groups spanning from transportation to doping controllers. With 26 Olympic Sports and 20 Paralympic Sports, 14,700 athletes, 21,000 media and 10.8 million ticket-holders, it is the equivalent of staging 46 World Championships simultaneously – and all parties involved need to communicate to achieve smooth workflows.

The Ceremonies Project
Since April 2012 the opening and closing ceremonies were trained at two rehearsal sites in Dagenham. Riedel provided 1,400 wireless intercom systems for everyone involved in the production spanning from the stage managers, the show callers, the sound, effect and lighting specialists. In addition Riedel was supplying the in-ear mass monitoring equipment for the 14,500 actors on six different communication channels.

This year’s ceremony also marked a first as the artistic portion of the event was not produced by OBS. Instead, OBS focused on the ceremonial portion of the program while the artistic portion was covered by “Done and Dusted” with OBVans from CTV and Live TV. The two production feeds were weaved together by OBS to become one seamless production. That led to some complexity when the artistic production shifted to the Olympic protocol elements, like the parade and speeches that were produced by the OBS team. In order to maintain a consistent look both the OBS and CTV teams relied on Phillips LDK8000 camera matrices, providing a consistent image quality from one part of the ceremony to the next. Communications also needed to be integrated so all parties involved relied on Riedel intercom systems because the Riedel systems were very good at interfacing the nodes that were used by OBS and those used by the OBVans. This provided the technicians to reprogram the intercoms for days.

The CCTV Project in the Olympic Stadium
To control all the actions during the opening and closing ceremonies but also during the athletics events at the Olympic Stadium Riedel had installed 28 networked and remotely operated Axis HD cameras. These camera signals were monitored on a monitor wall consisting of 40 displays. The operational staff could move the cameras with a joystick in every direction during the events. In addition the monitor wall received the on air signal from OBS and a weather channel with information about the current wind and rain situation. All information provided by the 28 + 2 channels had been stored on hard disks for 48 hours.

The Wireless Transmission of the CamCat Signals
The Austrian special camera provider CamCat Systems had installed six of its fully remote controlled cable camera systems. One rising high above Dorney Lake was the longest cable camera in the world. Strung between two towers standing 95m high along 2,500m of cable, the camera was set to capture the emotions and efforts of rowing crews like never before. At the start, the camera which could rotate 360 degrees, was 85m above the athletes’ heads. At this level it could zoom in on four boats. As it followed the race it gradually droped closer to the water, hovering a mere 8m above the water at the 1,100m mark at its lowest point. Finally as the athletes were gasping at the finish line, the camera moved back to the start at a speed of 70km/h to be ready for the next race. 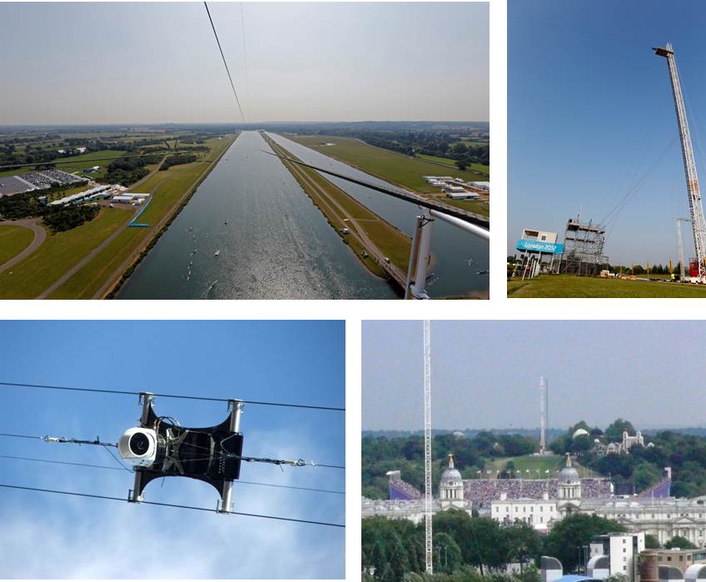 A similar impressive system was installed for the coverage of the equestrian events at Greenwich Park flying a mere of 1,800m across the River Thames towards the temporarily set up equestrian stadium. This CamCat system was also able to cover the cross country part of the Olympic Eventing competition.

Other CamCat installations included one at Lee Valley for the white-water canoe and kayaking events, one for the mountain bike events at Hadleigh Farm and two for the athletic events at the Olympic Stadium where one was running above the last hundred meters to the finish line of all running events. Riedel supported all these installations by transmitting the camera signals but also the telemetry data for the remote control.

Support for SportsMark
The Olympic Games are a key part of SportsMark’s heritage, as it was the first sports property with whom the agency became involved. As such, SportsMark have deep roots managing client programs at the past eleven Olympic Games. SportsMark has managed more than hundreds of world-class sponsor hospitality programs and special corporate events for their clients around the Olympic Games. This enabled SportsMark to act as a full-service agency for Olympic clients. One part of this service was the provision of DVB-T enabled WCATV-sets which were provided by OBS. At the Olympic Park (incl. the Olympic Stadium, the Aquatics Center and the IBC), the North Greenwich Arena and the Excel Exhibition Center the SportsMark clients and the members of the Olympic family could receive a maximum of five different TV signals at each of the five venues. The transmission facilities for these signals were also provided by Riedel.