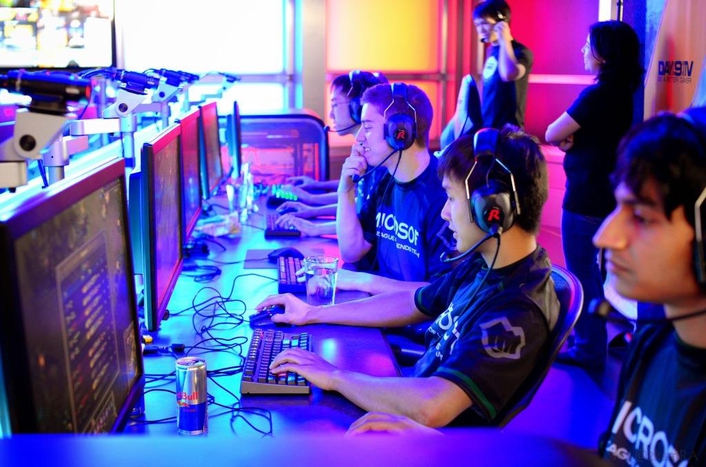 "Riedel products have continually provided Red Bull Media House with the flexibility, performance, and audio and video quality we require for the production of premium sports events and live broadcasts, and they have proved to be a perfect fit for Red Bull eSports studio," said Scott Gillies, director of production & technology, at Red Bull Media House North America. "The robust functionality of both the MediorNet and Artist systems actually simplifies production while enabling us to put on a sophisticated and exciting show for the millions of fans tuning in from all around the world."

For example, one eSports broadcast format that's produced out of the Red Bull eSports studio pits two video gaming teams of five players against one another. As they play, MediorNet Modular frames take in a total of 20 HDMI POV video signals from the gaming consoles, convert them into HD-SDI, and carry them to the control room. The POV cameras focus on the faces and hands of all 10 players, with additional HD-SDI cameras positioned on the game commentators. These inputs are combined with the primary gameplay feeds to produce a complete eSports broadcast. An additional MediorNet Compact Frame is used for complementary shots from other parts of the competition.

Additionally, each player in this example wears a headset that provides game audio and a link to other team members. The Artist system supports these communications, as well as the intercom and on-air audio signals of the commentators. Because the Artist system works with 48-kHz digital audio, it is also being used to create a downmix of game audio for each team, as well as for the audio mixing console. Combining individual game audio with the team communications, the Artist creates 10 individual mixes for each of the 10 players. A single four-core fiber cable, equipped with OpticalCON QUAD connectors, handles all signals. 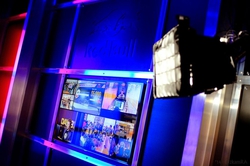 Within the control room, the MediorNet system acts as a pre-switcher, dynamically feeding eight signals to the video switcher, and also provides feeds to the edit bay, two SSD recording units, and to a monitor wall comprising two displays with 16-window split views. The MediorNet also serves as an audio de-embedder, in turn feeding audio to the audio mixing desk. The resulting audio and video mix is sent to two encoders for streaming via the Internet.

"Once again, Red Bull turned to Riedel to help further their innovation in the field of eSports, and we're proud to continue to play a role in this space," said Sascha Kneider, head of technical services, North America, for Riedel. "This installation is a textbook example of a system that integrates the three main product lines from Riedel. By using MediorNet as the backbone for video, RockNet for audio, and Artist intercom for communications, we can create a lot of synergies. The benefits of this approach are obvious: the customer does not have to buy three different systems that may or may not work well together, every signal is available at every node in the system, and changes are just a matter of a mouse click."