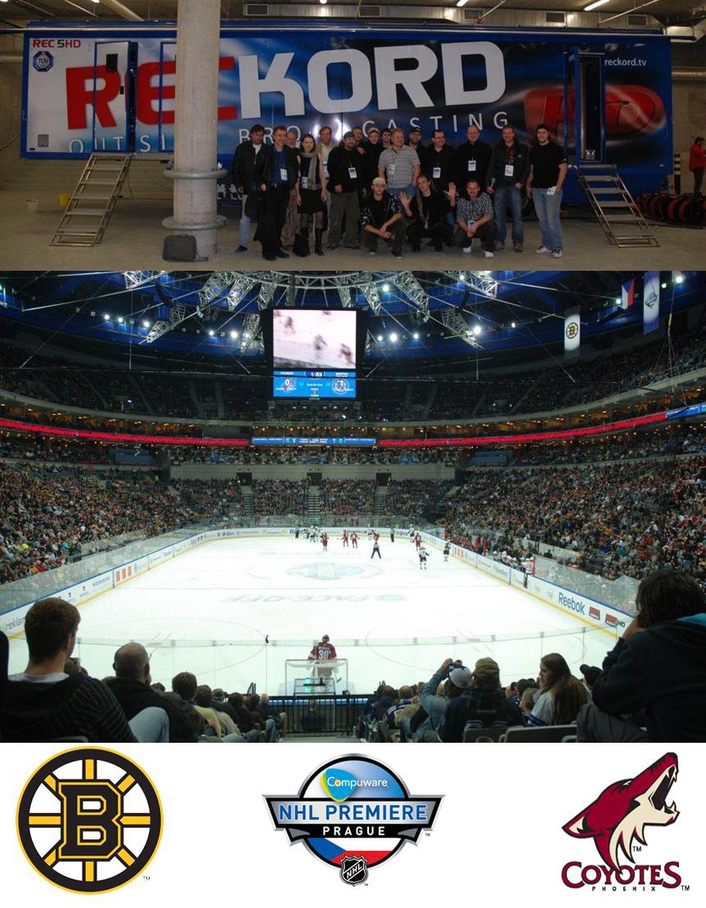 Coyotes beat Bruins 5-2 in season opener in Prague
Radim Vrbata scored twice and added an assist to lead the Phoenix Coyotes past the Boston Bruins 5-2 in their NHL season-opening game in the Czech capital Saturday. Nathan Horton scored twice for Boston in the third period. Vrbata, a Czech right winger, pleased the home crowd of about 16,000 in O2 Arena 7:59 into the game, scoring from a rebound off Adrian Aucoin's slap shot. Vrbata hit the puck when it was in the air.

"I was watching the puck and netted with a bit of luck," Vrbata said. "The plan was to attack from the start. The most important was the first goal, the other things followed." It was a positive return for the Czech who was in Prague with the Tampa Bay Lightning two years ago when the NHL played regular-season games here for the first time.

The New York Rangers swept the series, and after an unsuccessful season with the Lightning, Vrbata returned to the Coyotes last season. His 24 goals and 19 assists helped surprising Phoenix reach the playoffs. "It was much better than last time," Vrbata said. "That feels great. I'm glad we won in the first game and hopefully will continue tomorrow."

Reckord with its HD5 at the Ice Rink in Prague 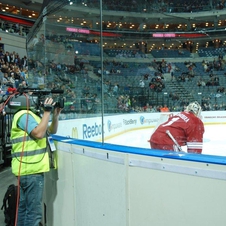 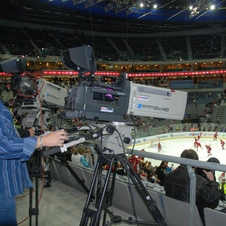 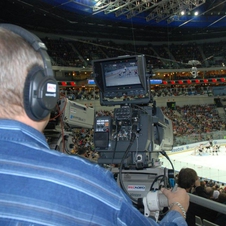 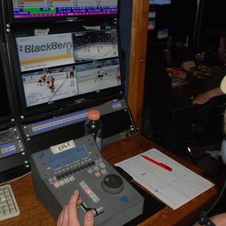 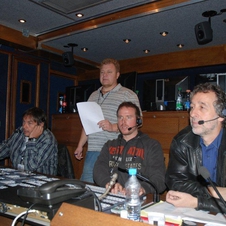 Phoenix and Boston - two of six NHL teams to open the season in Europe - play the second and final game of their series in Prague on Sunday. The Bruins outshot the Coyotes 42-37 but the Coyotes killed three power plays in the first period, including 36 seconds of a two-man advantage, and jumped to a commanding 4-0 lead in the second.

"To sum it up, our team ... made too many unforced errors," Bruins coach Claude Julien said. "They got the first goal, a lucky bounce, you can live with that. You can get yourselves back into the game. But what we did in the second period were unforced errors ... and they took advantage of it.

"We have to take the responsibility," added Julien, who didn't rule out changes in his lineup Sunday. "Our guys for whatever reason made those mistakes; that's unfortunate because it kind of tarnishes the effort they put into tonight's game." Taylor Pyatt made it 2-0 with a wrist shot at 1:58 before Scottie Upshall added a breakaway unassisted goal at 15:02. Eric Belanger scored the fourth on a power play with 17 seconds left. 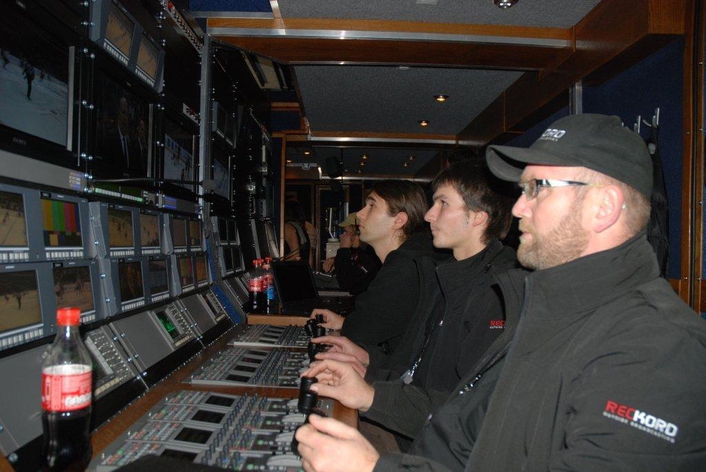 Boston fought back with Horton's first goal at 3:34 and second midway through the third on a power play, but Vrbata scored his second into the empty net with 1:47 remaining.

He also hit the post in the third. "I'm so sorry about that. I got a perfect pass from Roy (Whitney) and had plenty of time to shoot. Bad luck," Vrbata said. Bruins captain Zdeno Chara said Boston was a bit nervous at the start.

"We were getting better and better and finally we played our game in the third period," he said. "We have to do better tomorrow. We have to play our style, try to force our game." Chara signed a seven-year contract extension Saturday that will keep the Slovak with the Bruins through the 2018-19 season. "I'm very proud to be a Bruin," he said. "I hope to win the Stanley Cup (with Boston) one day, that's my No. 1 goal."