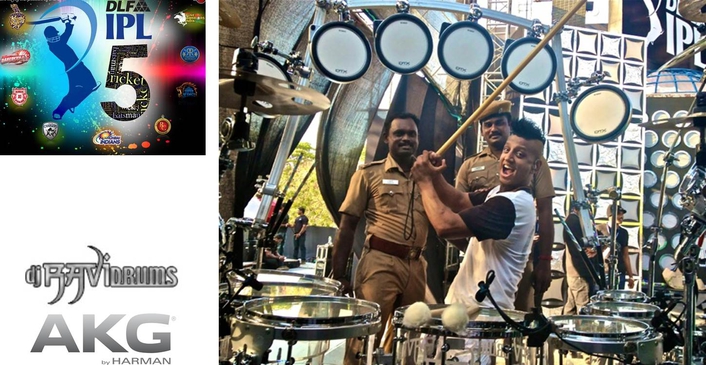 Backing two of the multiple groups performing at the event, which was headlined by Katy Perry, Ravi ‘Drums’ Jakhotia played with First Project and Colonial Cousins, from Africa and India respectively, relying on the HARMAN AKG IVM4500 In Ear Monitoring system to ensure his high-quality sound.

Hired by Wizcraft International Entertainment after successful Indian-based gigs in the past, Jakhotia was eager to return to the country for such a large and important event in the sporting world.  During his first performance, Jakhotia accompanied the famed drum band First Project, the opening act for the ceremonies. Later on that night, Ravi Drums played with MTV and Billboard-Award-winning Colonial Cousins from India.  During this performance, Jakhotia was given a 3-minute drum solo.

“The IVM4500 worked out very well during my performances, especially at such a large and loud ceremony.  Its distance was perfect and sounded amazing during the show,” Jakhotia stated.  “The lows were great, the mids were clear and the highs didn’t blast out my ears.  AKG’s IVM4500’s are the luxury cars for monitors, with their great balance, EQ and effects all built in.” 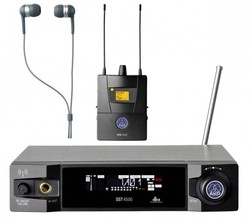 Ravi Drums admits to having been a little overwhelmed by the IVM4500’s at first, with their intricate settings and improved features.  “Usually in-ears are just plug, play and go, but for AKG’s quality to truly shine, I had to make the proper adjustments.  After a few minutes with setup, the 4500’s sound was flawless and the reliability shined through.”