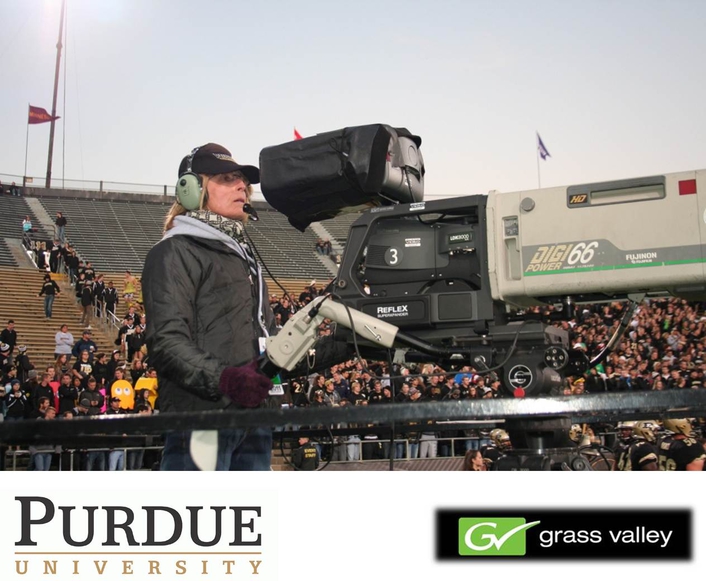 The first use of the new Grass Valley 3G equipment was used during the Notre Dame at Purdue football game on October 1.
The Hall of Music Productions at Purdue University, in West Lafayette, Indiana, has purchased a full complement of high-definition (HD) live production equipment from Grass Valley™ to cover its men’s and women’s sports programs for in-stadium, in-arena, and campus-wide distribution.

The first use of the new Grass Valley 3G equipment was used during the Notre Dame at Purdue football game on October 1.  Hall of Music Productions provided the video board coverage of the ESPN-televised game, as well as producing content used on the school’s athletics website (purduesports.com) and the weekly coach’s TV show.

“Our students and  staff are very excited to have access to the new Grass Valley equipment, because it brings us to a new level of production capabilities,” said Stephen Hall,  Director, Hall of Music Productions, adding that other Big Ten Conference schools are watching what they are doing and could soon follow suit. “We feel we have received a lot of value for our investment and can now produce videos of the quality that our fans expect.”

“Grass Valley’s production equipment is very affordable and is being embraced by a number of major Division-1 college sports programs looking to compete with the best in-stadium experiences in the nation,” said Jeff Rosica, Executive Vice President of Grass Valley. “Purdue takes its video production capabilities as seriously as its athletics, so we’re proud to be a part of the school’s efforts to improve its content creation activities.” 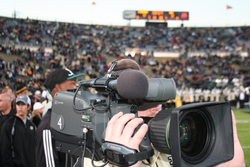 The school will also open its newly refurbished Mackey Arena for the start of the 2011-2012 basketball season. The Grass Valley equipment will be used to produce live and pre-recorded content to display in the arena's center-hung large screen displays, as well as the hundreds of smaller flat panel displays at concession stands and other locations throughout the venue.

“The K2 Dyno Replay System will get a real work out here, and together with all of the new gear will provide fans with a better game experience,” added Hall. “Purdue is happy to be working with Grass Valley and expect this partnership to continue for many years.”

The Grass Valley K2 Dyno Replay System consists of the K2 Dyno controller coupled with the K2 Summit Production Client server. It is designed to help sports producers and other professionals capture live events in crystal-clear HD resolutions and instantly play them out at variable speeds for critical analysis during fast-paced events.