Powersoft Glides Through its World Ski Challenge in Sweden 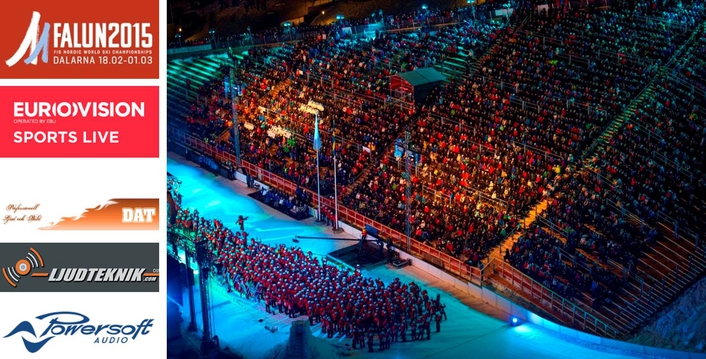 Swedish production company DAT AB, working in conjunction with Ljudteknik AB, recently undertook one of its most challenging tasks ever when providing sound reinforcement, including 160kW of Powersoft heavy artillery, for the 2015 FIS Nordic World Ski Championships in Falun. And the quality of audio they managed to deliver exceeded all expectations over the 50km point-to-point course.

DAT’s project manager Robert Nilsson says it is 22 years since the World finals were last held at this site and he was also in the sound team on that occasion. But since then the event (and sound system requirement) have grown considerably, with 320,000 people attending this year (around 35,000 per day). This placed huge demands on the sound company, who were sub-contracted to the event. 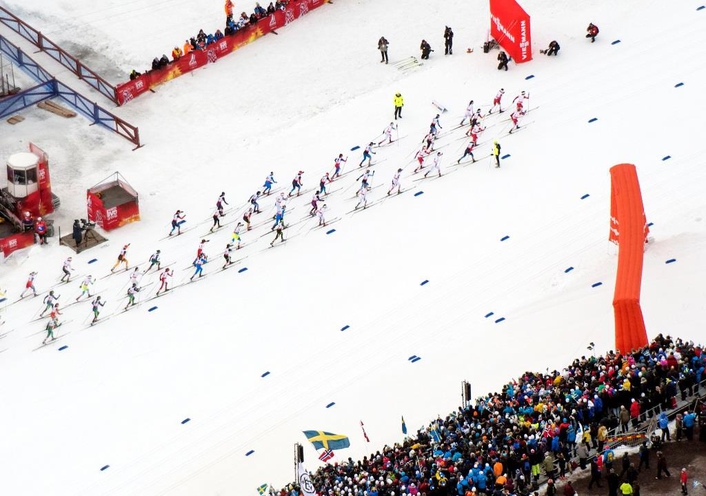 Various sound companies were involved but DAT AB, working with Ljudteknik AB’s Bengt Norling, faced the biggest challenge, as they were tasked with handling the entire arena itself, including Big Jump, Cross Country and competitors’ relaxation and training areas … but with limited prep time.

Powersoft K3 and K20 AES DSP amplifiers were largely deployed by DAT AB, while Ljudteknik also fielded their own K3s. According to Powersoft regional account manager, Karl Kahlau, the K-Series are “a true work-horse in amplification: they are extremely powerful, yet compact and light-weight and because they come in three different hardware platforms, but can be adjusted between 6 different power sizes using a simple step-up procedure, they are the ultimate flexible tool for any event-company looking to optimize its amplifier inventory along with the investment of it.

No other amplifier manufacturer offers this kind of flexibility. We thank the team at DAT AB for their great work at this fantastic event using our amplifiers.”

Nilsson explained that other amplifiers he had considered using in advance of the event failed to pass the test. “So we decided to go for Powersoft AES DSP.” Although a delay from the stand supplier meant that the loudspeakers couldn’t be mounted until 8pm the night before first race. The whole system was up and running three hours before the start with the presets in all the Powersoft amps loaded into the proprietary Armonía software. “We then decided on a small adjustment, creating a new preset which we were able to run via computer to all the Powersoft amps. This resulted in an excellent sound and we were able to make further adjustments throughout the event. Armonía helped us tremendously in saving time and optimising the system.” 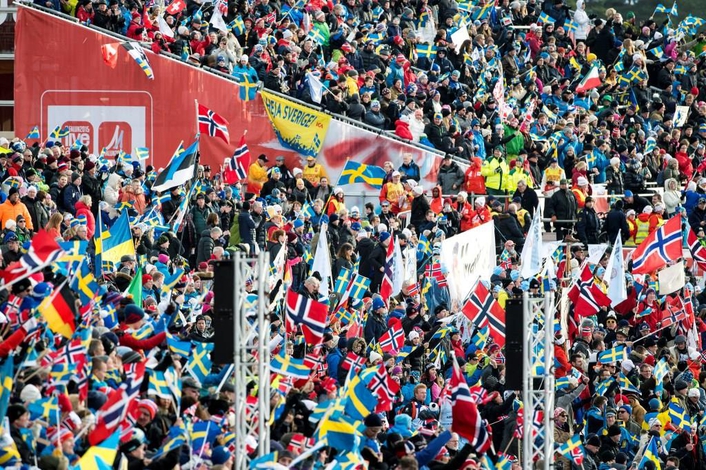 Robert Nilsson has been working with Powersoft products since 2011 when he did the sound installation at Stockholm Stadium the former Olympia Stadium) with 22 K3’s and a K6 AES DSP amp. For the event in Falun he says he received great support from Matte Matsson at Benum, Powersoft’s newly appointed Swedish distributor.

As for PA itself, he says, ”It would have been easy to build a giant line array tower and shoot all over the area but instead we chose a distributed system to work more closely with the broadcasters (SVT) and create better sightlines for the cameras and closer sound control in each zone. We managed to cover around 75% of the track mainly designing and manufacturing around 50 custom made loudspeakers, all equipped with 18 Sound components, along with column speakers for the stand (to avoid obstructing the sight lines) and 2x12” low profile subs, with most of the subs concealed below the stands.” They used Renkus Heinz CT and PN series speakers around the track while a Nexo line array solution was used at the end of the Big Jump area, and for five positions at the track. Clio was used for impedance measurement and EASERA Pro for time and frequency analysis.

“Since we used a distributed system all the amplifiers were distributed along the track,” he continued. “There were two control rooms — one for the cross country raced, placed near the finish line and a control room for Big Jump at the end of the Breaking area.”

In addition, they used total of 20 wireless systems for speakers at the racing track and in total around 22-28 channels in each control room from where six channels of clean feed were sent to SVT — the music in stereo and voice announcements summed to mono.

All of which was a far cry since the finals in 1993. “Back then we provided the first full range system ever for a ski event in Europe. Now Big Jump and Cross Country have their own internal OB teams, broadcasting on big screens around the stadium and they are also linked together so we can transmit sound and video between each other from either location.”

He said that despite time and budget restrictions they were able to fulfil this year’s event without compromise. “With a positive approach and a great team nothing was impossible to solve.” 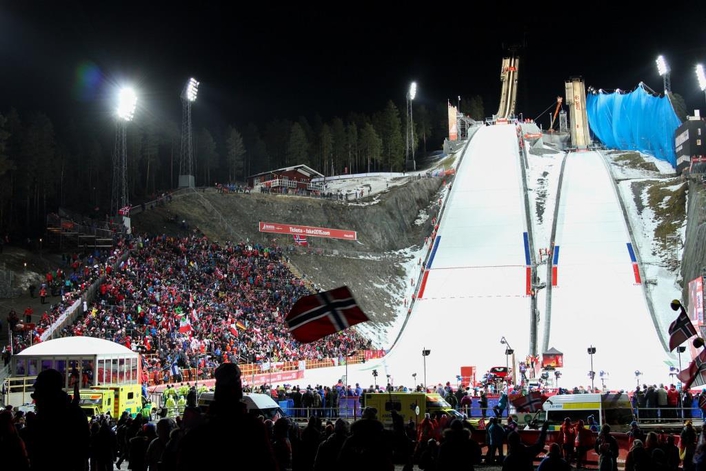 And this had been due in no small part to the Powersoft ‘engine room’, which reached around 105 dB at the public stage. “These amplifiers are trustworthy and reliable — the weight and rack space are impressive and they have tremendous power. It is also a flexible amplifier, unlike those dedicated to specific speakers.”

The result, he says, was an extremely satisfied customer — and equally satisfied audience. “SVT were also more than happy. We have now shown for sure that we can manage events of this size in a trustworthy fashion.”