Polecam at Winter Games in Vancouver 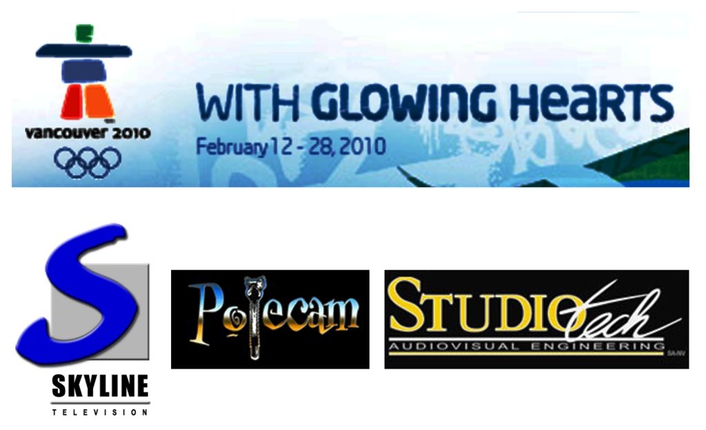 Polecam at Winter Games in Vancouver
A record nine Polecam systems have been commissioned to provide live video from the Winter Games which commence in Vancouver on February 12. All nine will be working in full 1080i high-definition.

The number of our rigs has increased steadily

"The number of our rigs in use at these big international sports events has increased steadily over the years," comments Steffan Hewitt who invented the first Polecam system in 1998. "Six systems were fielded at the 2004 Games in Athens, eight at the 2009 Beijing event, and now nine in Canada. Obviously we are hoping to see at least 10 in use at the 2012 London Games, including some of our new 3D kit."

TV Skyline, a broadcast equipment rental company based in Mainz is supplying a total of seven Polecam systems. Six will be deployed as sources for the Winter Games host feed and one will be allocated specifically to ZDF Germany. The six Polecams dedicated to the host feed will be fitted with Toshiba IKHD1 1080i HD cameras. Some of these will be working totally wireless.

One of the world's most exerienced Polecam owners/operators, John Gillan, will be in Vancouver shooting with one of his two his HD rigs and covering the curling events. Born in Britain, John now lives in Los Angeles and commutes between the the USA and Europe. Pete Williams, South African born and now living in Canada, will be shooting the short track and figure skating with his HD Polecam rig.

Three Polecam rigs will cover sections of the Biathlon

Three of the Polecam rigs will cover sections of the Biathlon in Whistler Park. Others are designated for speed-skating, bobsleigh and the medal presentations. They will also be deployed to other areas as the Winter Games progress, and will also be used in the opening and closing ceremonies.

One of the nine rigs is being supplied by Polecam's Belgian distributor, Studiotech Belgium. 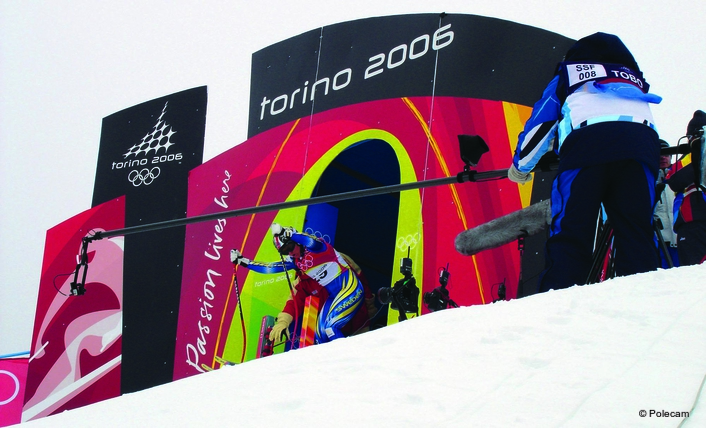 Polecam in use at the 2006 Winter Games in Turin