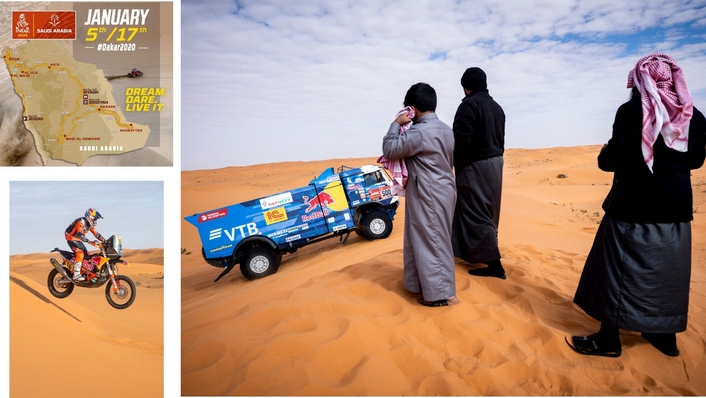 Frenchman in hunt as Casale, Karginov and Lopez lead their categories

Stéphane Peterhansel triumphed on Friday's stage six to take a chunk out of his car rivals Carlos Sainz and Nasser Al-Attiyah at the 2020 Dakar Rally in Saudi Arabia as the convoy heads into a well earned rest day on Saturday.

- The first week of the inaugural Saudi Arabian Dakar concluded with a dash over 352km of sand dunes between Ha'il and Riyadh before the day off, which leads into tackling six more challenging stages from Sunday onwards towards the chequered flag in Qiddiya.

- Frenchman Peterhansel has won the Dakar a record 13 times on two and four wheels, however he will need a strong second week as his stage win only saw him take a small chunk out of Spaniard Sainz's lead and Qatari Al-Attiyah overall. 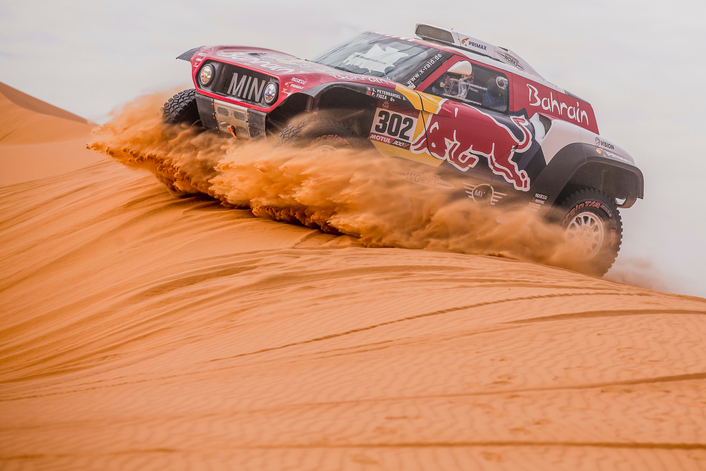 - Two-time winner Sainz has a lead of over seven minutes from Al-Attiyah with Peterhansel over 15 minutes back in third, South African Giniel de Villiers just under an hour back and Polish driver Kuba Przygonski in 38th spot over eight hours behind.

- Defending champion Al-Attiyah, 49, admitted: "I'm a little disappointed because we're really going at our maximum and still we're not catching the buggy (Sainz). We need to do a really good job in the second week. Things will get tougher, but we're ready for this." 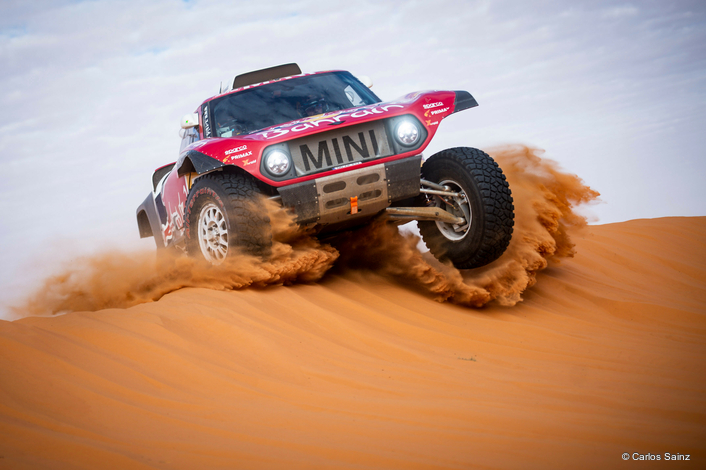 - In the bike category, American Ricky Brabec won again on stage six to increase his lead over Chilean Pablo Quintanilla to over 20 minutes with defending champion Toby Price 25 minutes behind in third place and Austrian Matthias Walkner 33 minutes back in sixth. 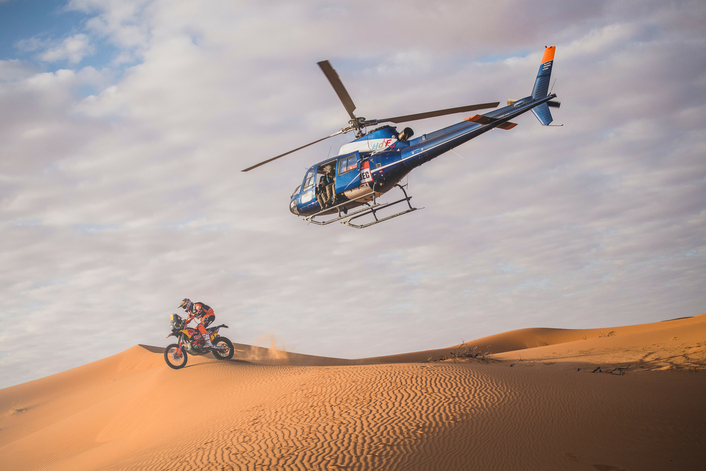 - Australian Price, 32, revealed: "Around the 400km mark my rear tyre fell off. Andrew Short (USA) gave me his wheel, so I didn't have to ride in on the rim." 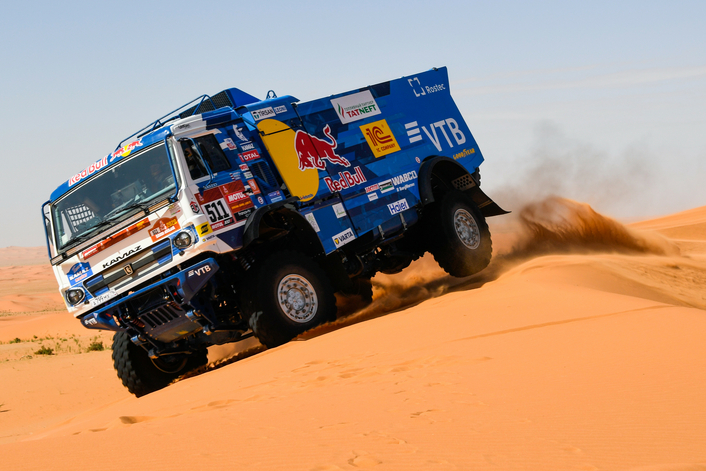 - Karginov, 43, said: "The dunes were small, but I think that's a good way to prepare for what's to come. In the second week, we're expecting huge dunes."

- Defending side-by-side champion Chaleco Lopez of Chile can relax a bit on Saturday knowing he has a lead of just under 10 minutes over American Casey Currie with American Mitch Guthrie Jr. fifth as Frenchman Cyril Despres and Swiss Mike Horn came in fourth on the day. 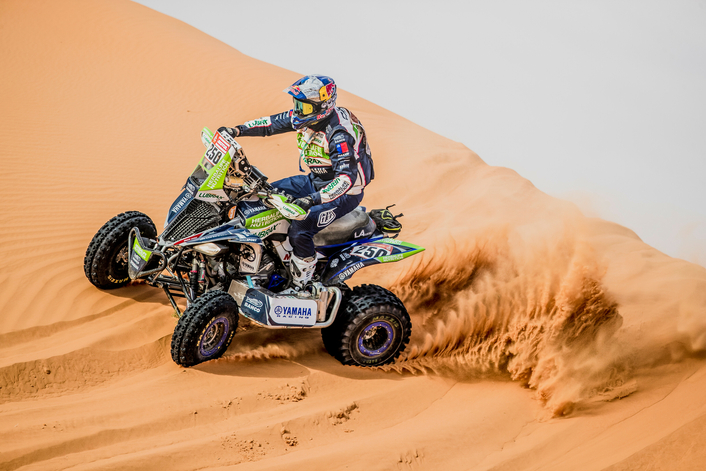 - American Blade Hildebrand also got through to ensure all three of the OT3 by Overdrive machines will start the second half of the world's most arduous off-road race.

- The most straightforward first week belongs to two-time quad champion Ignacio Casale of Chile, who has a cushion of over half an hour from France's Simon Vitse.

- Casale, 32, explained: "I had an impact with another competitor. After that, I broke my exhaust and I lost my rear brakes. That said, I managed to ride a good stage."

- Saturday's rest day will see the competitors work alongside engineers and mechanics on their vehicles. 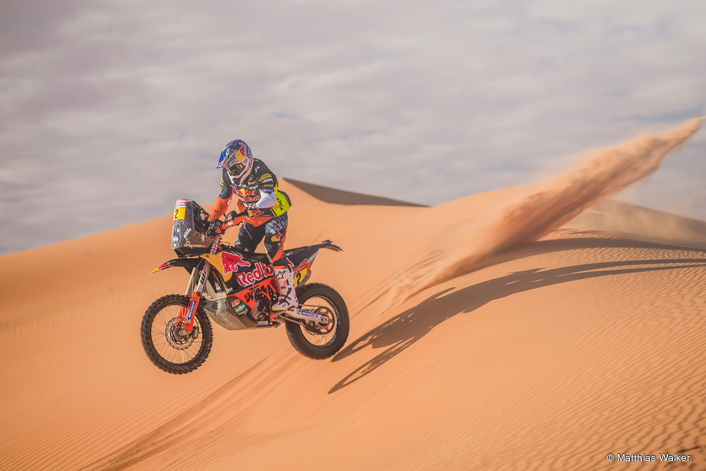 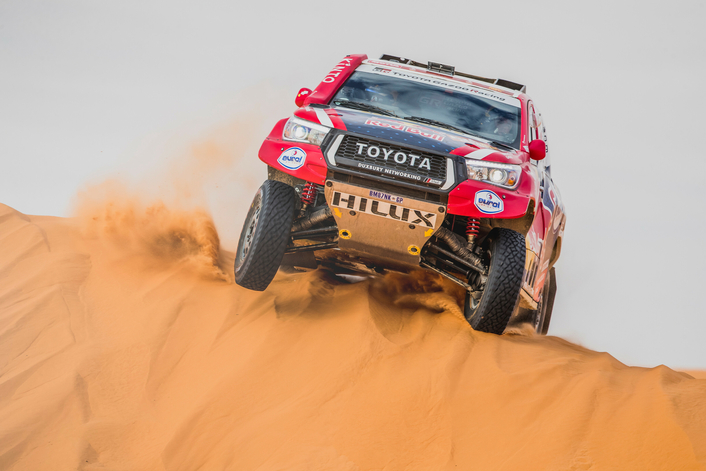 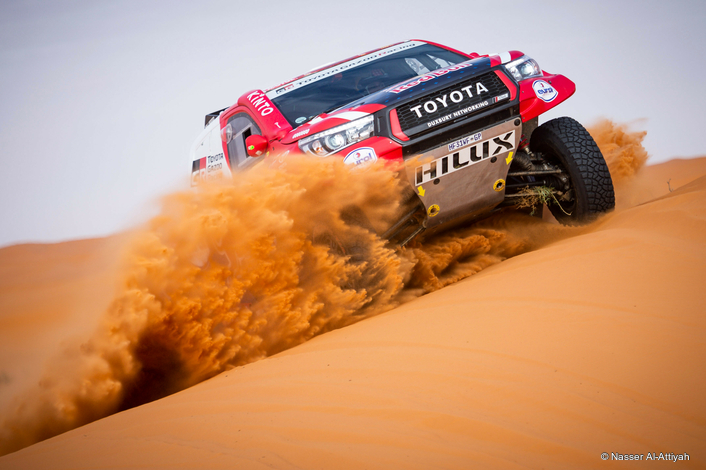