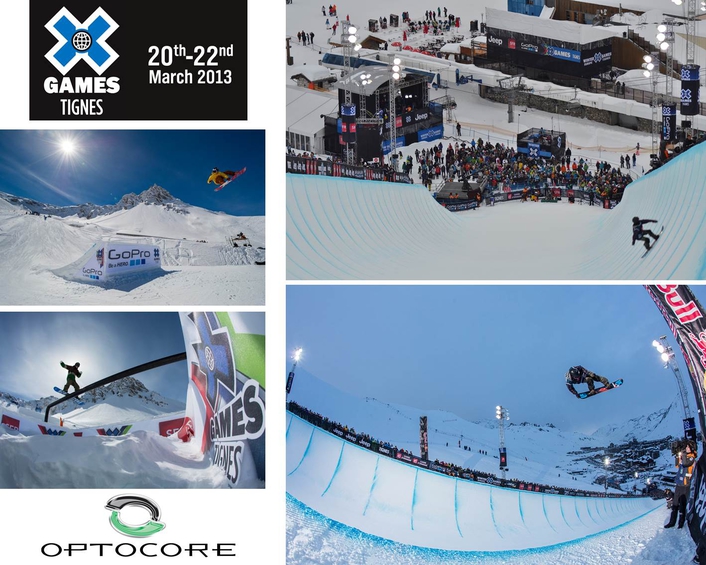 Inaugurated in 1995 as two seasonal events, for the fourth year the Winter X Games moved outside the US to the skiing and snowboarding haven of Tignes in the French Alps recently, where more than 125 athletes from all over the globe competed. In addition to X Games Tignes, 2013 is also the first year that the event has gone truly global, with other events taking place in Aspen (USA), Foz De Iguaçu (Brazil), Barcelona (Spain), Munich (Germany) and Los Angeles (USA).

Brought in to assist with the sophisticated audio signal distribution was experienced rental company, Gilles Bouvard Events and Entertainment (GB4D) — who are specialists at big event productions of this nature (working in extreme conditions). Bouvard has long been an advocate of Optocore’s optical fibre network solutions, and once again a large deployment of the German company’s interfaces ensured successful signal flow within a redundant system.

Bouvard confirmed, “The audio vendor for the X Games was my former associate, Julien Terrier with his new company A+ Events. I suggested to him that Optocore be used to provide all the fibre network signal distribution.”

The event in France was co-produced by Canal+ Events on behalf of ESPN, and GB4D provided virtually all the audio equipment for the competition zones, to assist A+ Events. This included the control tower audio boards and FOH equipment, the fibre network, the PA, cabling and some of the freelance technicians. They also provided the event video distribution.

The audio transmission was based around two Optocore loops — one ring for the Super Pipe competition area, with five X6R-FX network converters for the main PA and one for the VIP area, and a second for the Slope Style competition area, with two X6R-FX interfaces. The master control room was equipped with two DD2FR-FX (offering MADI ports), two DD32R-FX (AES-EBU) and an X6R-FX — and the entire Optocore system was controlled from a single desktop PC.

For signal transport, since the distances between nodes were long, GB4D used mainly 300m Neutrik XTREME fibres for all links. The primary ring measured a distance of 2.1km and the secondary 600m (constructed around 12 nodes, plus spares). 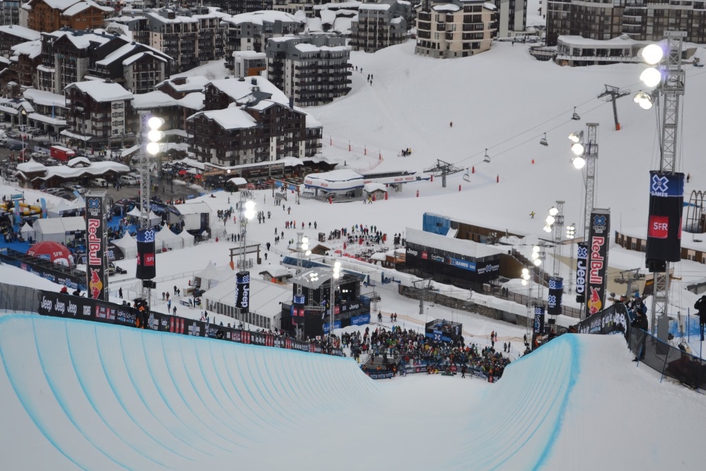 Inputs included background music, live DJ, wireless announcer microphones, various media and advertisement sources and TV truck feeds. “For the announcers, the wireless links were greatly simplified thanks to the Optocore network, and the ease of feeding signals into the system from various nodes,” confirmed Gilles. “As for the outputs, the Optocore fibre network allowed a simple routing of the various signals feeding the amplifiers all around the site, and the possibilities offered by macros allowed a simplified routing and ease of modification for all the various live and recording feeds.”

Gilles Bouvard compared the challenge of working high in the Alps, with the opposite climatic extreme — since GB4D recently deployed a vast Optocore and BroaMan network over a huge distance for Kuwait’s 50th Constitution Day celebration.

“I think that working in those difficult environments helps us develop a real technical expertise. We have learned to adapt technically to those constraints, for example with the PA and cabling, but more essentially for the monitoring of the systems, which is crucial in this type of event and in these conditions. The use of an Optocore network simplifies this enormously.”

With X Games in particular, as the event develops globally, so the technical challenges increase exponentially, as the time frames reduce. “Reliability is fundamental,” continues Bouvard. “All the vendors present here are snow and mountain specialists, so we are ready for the challenges of these technical constraints.” 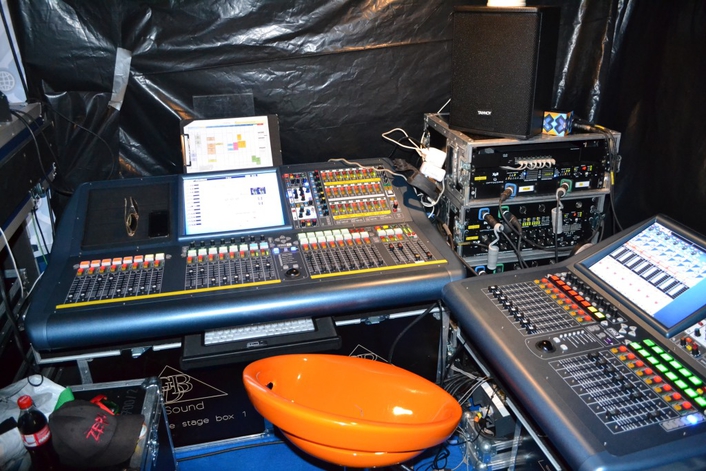 Summarising the project he had nothing but praise for the role played by Optocore. “The ease of the Optocore implementation was a major step forward for this project. The most notable aspects were the simplification of the routing system and increased reliability of the wiring on site, the total redundancy and a real-time monitoring of all system components.”

He added that technicians, François Lund, Patrice Giono and Piotr Skotnicki had worked at X Games Tignes since its first appearance there in 2010; all three are certified Optocore technicians, and were again responsible for realising the design, implementation and operation of this year’s event.