NewTek TriCaster on the Starting Line for the Medoc Marathon 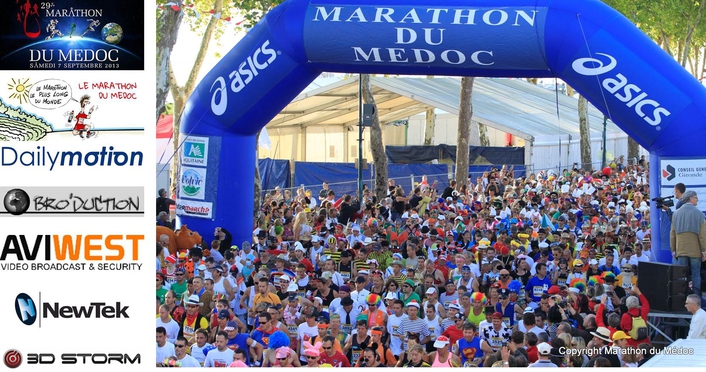 The unique sporting event was live with TriCaster for the first time!
The Medoc Marathon is not what we call a conventional marathon indeed, but still it is a real sporting event, a 42 km long run for those who will get to the finish line. For the second year in a row, the marathon's Web TV was there with all the systems needed to ensure the broadcasting of this unique event worldwide. This year, the Web TV of the Marathon was live, operated by the production company Bro'duction.

Bro'duction, a production company, based in Bordeaux in France, started to manage the Medoc Marathon Web TV in 1994. Over the years Bro'duction has worked for high profile clients, such as Quick Silver or Raid Adventures for sporting events, or Bordeaux Grand Opera for ballet productions, or for several European televisions. 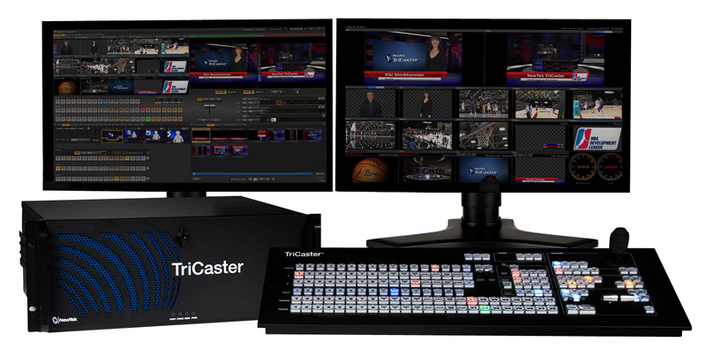 Luc de Tienda had a 20-year experience as a photographer, before looking at video production and encountering NewTek products while looking for a DPS Velocity product 10 years ago. In charge of production for Bro'duction, Luc de Tienda was looking for a compact solution to ensure the live coverage of the marathon, and an eight hours long live show. He was also looking for a way not to feel like working in a closed environment, filled with equipments. TriCaster was the answer, as it features many functions in one system. It limits not only the number of equipment needed to ensure a live show, but also the number of workstations and staff: "The setup is incredibly easy for a new user of TriCaster", says Luc, "The number of staff needed in the production room is reduced, and communication is therefore enhanced and more efficient. With other systems it would have been impossible to produce this live show with the budget and the amount of systems that we actually used." 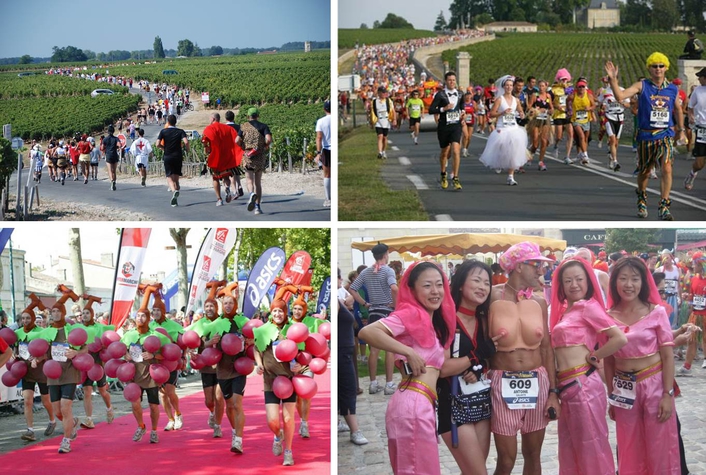 At the beginning, the production seemed impossible with 42 km to cover, communication with motorcycles, and such a small space to set up the production"We were looking for a system that would mix all camera sources and ensure a high quality live stream without any hazards", declared Luc, "I don't think there are any other system that could do that".

With the versatility of the system, the integrated encoder, the small footprint and most of all the easy and fast hands-on for the new users of TriCaster, the production team found in TriCaster the solutions they needed.

For this live show, Bro'duction was using a TriCaster with eight cameras inputs. The integration in their usual production workflow was seamless, and immediately efficient. "The small footprint of the system is amazing for the functions it offers."

The integration in the production workflow was seamless, especially with the cameras Canon XF 305 SDI, with a mix composite source as a spare. The stream setup on Dailymotion was fast and intuitive. The web TV was live non-stop during eight hours on Dailymotion. A computer was set to feed the social platforms with delayed information. Bro'duction plans to include more viral communication in their production next year, as all the new generation of TriCaster, today include the exclusive real-time publication on social media function.

During all the duration of the marathon, during the full eight hours, considering the live conditions, TriCaster never failed. On the D Day, TriCaster was the center of the production, receiving content from 2 cabled cameras in SDI, 2 cameras with component input. The satellite connection was in SDI, and 3D SDI connections from Aviwest were added to send the feed to Dailymotion, after a simple Flash encoding. The audio was mixed with "Follows". The integrated DDR, the live show recording for later use and editing, the graphics capacity and the quality of the encoding elevated the production to a whole new level.
Bro'duction used the TriCaster before, but the production team was very amazed by all the functions included in the new systems. For many producers, included DDR is a major asset of the TriCaster, compared to other video switchers, as well as the instant live streaming function. "As we were discovering the new features and all the tools, TriCaster appeared to be much more than what we expected."

To sum up the experience of Bro'duction with TriCaster, the system gave them all the tools to have a comfortable production, dearly cherished for outside production. The team is thinking of extending and developing its services offer with live production for the internet. The Medoc Marathon Web TV was seen by 22 000 viewers on the day of the race, connected from 127 different countries. Since the live show, the Web TV reached 170 000 views with content recorded with the TriCaster and edited after the event.

"The visionary persistence of TriCaster pays off today. The future is there, for events' organizers who do not have the requested conditions to be broadcasted on television". Today, producers, directors have the freedom to show their projects on the internet. With TriCaster and third party developers' tools, NewTek puts in everyone's hands all the tools to produce high quality content to instantly broadcast content to the largest audience of all, the Web.