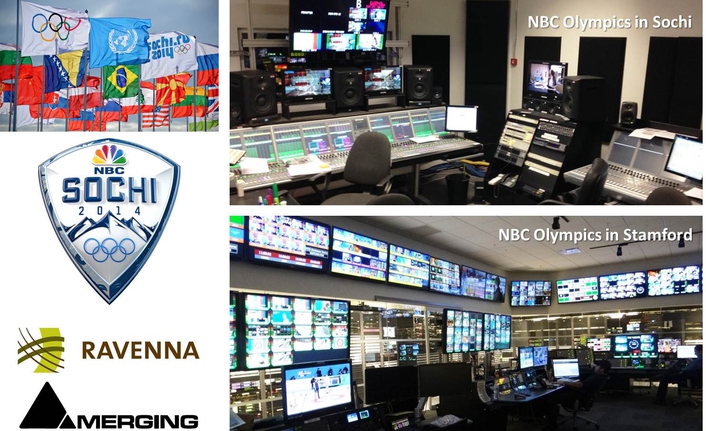 .
Ovation has been gaining fans in the broadcast community in North America for the last two years. An early adopter was NBCSN at their Sports Center in Stamford, Connecticut.  The initial order for four Ovation systems and four Horus units proved the advantages of managing the playout requirements in this way. The equipment list for Sochi for NBC Olympics included three more Ovations and another three Horus. The full suite of digital I/O and RAVENNA remote control of the routing and configuration of Horus allows for easy set up and high quality output.

The Ovation/Horus set is connected to the Calrec Artemis consoles via AES/EBU, with the dedicated keyboard controller located next to the console surface. The Primetime show’s theme music is cued on Ovation with a live voice over channel and “bumpers” in and out of the commercial breaks. Any stings or highlight music cues are also pre-configured in Ovation and fired from the keypad when needed. This controller is one of many different user interfaces for Ovation; touch screen, web browsers or conventional keyboard and mouse can also be deployed as the client prefers.

Dennis Gaines from Independent Audio, Merging’s US distributor was lucky enough to be included in the crew for the International Broadcast Centre.  His role was to train the freelance operators on the programming and operation of Ovation as well as checking that the installation was all correct and fully operational. One problem that was encountered early was the inability of some other playout devices to accept a variety of audio file formats. Ovation can not only handle any incoming file format but it can also convert those files to alternatives with different sampling rates as needed.

Freelance A1, Rick Smith was one of the trainees and had never encountered Ovation before.  After becoming aware of the flexibility but simplicity of the device, he was moved to say: “I have seen the future of broadcast playout and its name is Ovation. Fortunately, it is available now!”

Dennis Gaines remarked: “It has been a blast being in Sochi even though I had to leave before the Games opened because there was nothing else to do! The systems were all up and running and the guys were fully up to speed, so now I can watch the end result on the TV at home.” 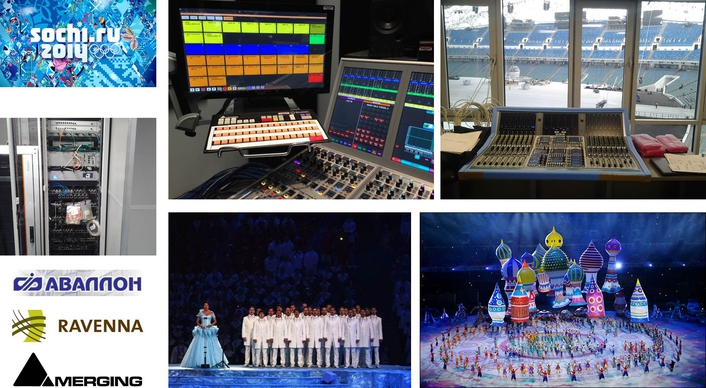 Merging resellers for Russia, Avallon supplied the audio installation for the main Fischt Arena where the incredible opening ceremony took place. Horus units were deployed to handle additional input signals and routing between the different systems.  In this case, Horus was connected to the Stagetec Nexus via MADI and the audio was controlled by the Stagetec Auratus-24 located high up in the stadium to give the operators an excellent view of the arena. This was the first Horus installation made by the Avallon engineers and they found it simple and intuitive to set up. To quote Sergey Vashchenko, the President of Avallon: “This is an extremely good product. We have now specified Horus for several football stadiums for the 2018 World Cup which is taking place in our country.” 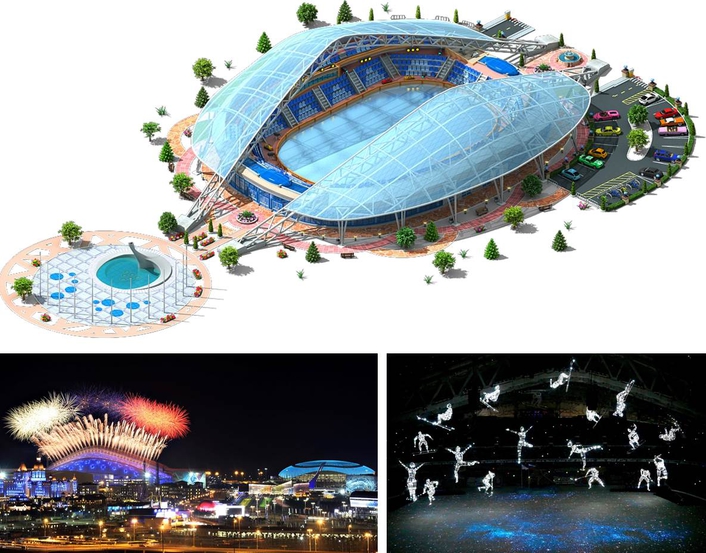 Claude Cellier, President of Merging Technologies remarked: “We have enjoyed a consistent presence at various recent Olympic Games with Pyramix for the big ceremonies and now Horus and Ovation being used in vital situations. It is a nice reward for the hard work of my engineering team to see our products being used at such high profile events.”

RAVENNA is a technology for real-time distribution of audio and other media content in IP-based network environments. Utilizing standardized network protocols and technologies, RAVENNA can operate on existing network infrastructures. RAVENNA is designed to meet the strict requirements of the pro audio market featuring low latency, full signal transparency and high reliability and is fully AES67 compliant. With a capacity of nearly 8 x MADI streams over a single Gigabit Ethernet link, it is also the first and only Layer-3 based IP audio protocol with full support for high-channel count DXD and DSD signals.