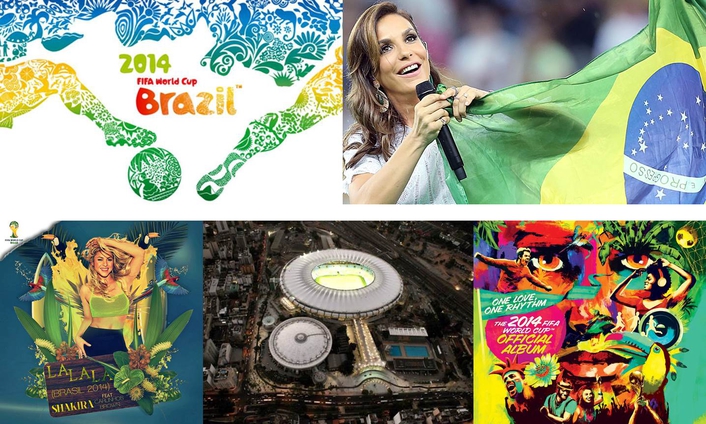 Fans attending the final in Rio and TV viewers all over the world will also be treated to a taste of the authentic samba-enredo
The Final Match of the 2014 FIFA World Cup Brazil™ will be preceded by a spectacular musical show, with the superstar line-up of artists for the Closing Ceremony now announced. Taking centre stage at 14:20 on 13th July in the Maracana, Santana, Wyclef and Alexandre Pires will perform Dar Um Jeito, the Official Anthem of the 2014 FIFA World Cup™, while Shakira will make her third consecutive appearance at the FIFA World Cup™, performing La la la (Brazil 2014) alongside Carlinhos Brown. Brazilian superstar Ivete Sangalo will bring a distinctive local flavor to the show, performing a medley of well-known Brazilian songs, joined in part by Alexandre Pires.

"I'm thrilled to be performing my song ‘La la la (Brazil 2014)’ at the 2014 FIFA World Cup Closing Ceremony," said Shakira. "I have an intricate relationship with football for obvious reasons, and I truly understand what the World Cup means to so many people, myself included. I just feel so grateful for the opportunity to come back to perform at the Closing Ceremony of this year’s FIFA World Cup in Brazil, it feels right. The fans have shown the most incredible support for this song and I can't wait to perform it for them."

Fans attending the final in Rio de Janeiro and TV viewers all over the world will also be treated to a taste of the authentic “samba-enredo” by GRES Acadêmicos do Grande Rio throughout the show, a performance which pays homage to the Host City of the Final Match. The performance will be the perfect way to end an exhilarating month of football in Brazil as well as build the excitement and anticipation ahead of the FIFA World Cup™ Final.

Carlinhos Brown added, “The World Cup has touched all of us, and there will be a moment we will miss all of this. When the final match finishes, we again will thank everyone, since we still have many things to celebrate. The World Cup in Brazil was a success.”

Wyclef Jean said; "Greatness is something we all yearn for in this life; it is something that we all dream of in the confines of our minds. To finally be performing at the closing ceremony of the 2014 FIFA World Cup (with all of these great artists) brings me right back to my earliest childhood years in Croix-des-Bouquets, Haiti, when simply kicking a football around in my tiny little village was a privilege - and an honour - indicative of a young boy's right to dream and to someday be humbled by the fact that to obtain greatness means to refuse to live without accomplishing this feat."