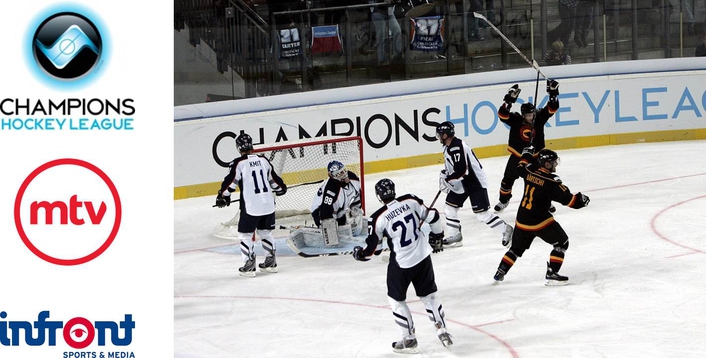 MTV’s media rights agreement with Infront runs for the three initial seasons of the competition until 2016/17
Infront Sports & Media, the exclusive commercial partner of the Champions Hockey League, has secured a three year agreement with MTV (formerly MTV3) to air the games live across Finland. As one of the first major announcements for the new pan-European club ice hockey competition, the agreement with MTV – one of Finland’s largest television stations – will provide extensive coverage across the key ice hockey market including terrestrial, satellite, cable, broadband internet and mobile rights on a free and/or pay basis.

Production of Finnish games by MTV
MTV will broadcast Champions Hockey League games extensively on its MTV Sport pay-TV channels as well as other network platforms. Specific plans about the number of broadcasted games will be communicated in spring.
In addition, highlights and news will regularly be shown on free-TV. As part of the agreement, MTV will handle media production of games carried out in Finland, based on Infront’s high-level production guidelines developed specifically for the series.

Jorma Härkönen, Senior Vice President of MTV, commented: “Finland is by any definition a true ice hockey country. Champions Hockey League is an extremely strong new competition format that will surely engage not only Finnish hockey fans, but fans throughout Europe. Our broadcasting experience with multiple leagues and tournaments, the broad backing by clubs, leagues and the marketing experience of Infront will surely establish this new competition as a premium property in winter sports.” 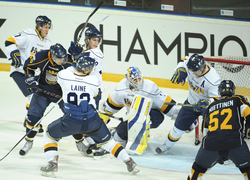 Major European ice hockey market covered
Bruno Marty, Infront's Executive Director Winter Sports, added: “With Finland being one of the home territories of the Champions Hockey League, this is a significant initial agreement that will ensure extensive exposure in this crucial continental ice hockey market. MTV has emphasised its full confidence by making the series a permanent fixture of their winter sports programming over the next three years. The Group will help to boost the Champions Hockey League by ensuring captivating TV images from Finland.”

The new competition, fully owned and operated by the European Ice Hockey Club Competition (EICC), which includes – as its shareholders – top European clubs, six national leagues and the International Ice Hockey Federation (IIHF) will start in August 2014, with the preliminary rounds running to October. The final rounds take place from November 2014 to February 2015. 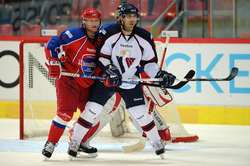 Anders Ternbom, Chairman of the Champions Hockey League, added: “This long-term agreement is a strong sign of confidence for our young league. As Finland is such a key hockey market, getting MTV on board is substantial for the visibility and impact of the competition.”

A minimum of six Finnish clubs will participate in the competition including: IFK Helsinki, JYP Jyväskylä, KalPa Kuopio, Kärpät Oulu, Tappara Tampere and TPS Turku. These are complemented by a further 34 clubs from the national leagues in Austria, the Czech Republic, Germany, Sweden and Switzerland, as well as selected clubs from across Europe’s ice hockey countries receiving a wild card. The participant roster includes the respective national champions and regular season winners of each founding country.

About MTV
MTV is a Finnish media company with roots deep in the early days of television broadcasting in the 1950s. Since then the small company has grown into a big media company that broadcasts news and provides entertainment and experiences 24 hours a day. Finland’s leading TV, radio and online media are all members of the MTV family. MTV3, Sub and AVA are free TV channels well known nationwide. Pay TV channels can be watched with the MTV Total package, which consists of various channels broadcasting sports, films, series, documentaries and children’s programmes. MTV is owned by the media company Bonnier AB.

About Infront Sports & Media
Infront Sports & Media is a world leader in sports marketing, managing some of the most prestigious sports properties across the world. The company, led by President & CEO Philippe Blatter, covers all aspects of successful sporting events – including distribution of media rights, sponsorship, media production and event operation – and has won a reputation for its high standards of delivery. As the number one player in winter sport, with global summer sports expertise and a unique heritage in world football, Infront enjoys long-lasting partnerships with 120 rights-holders and hundreds of sponsors and media companies. Headquartered in Zug, Switzerland, Infront has a 500-strong team of experienced staff working from 20 offices across 10 countries, delivering 3,400 event days of top class sport around the world every year.