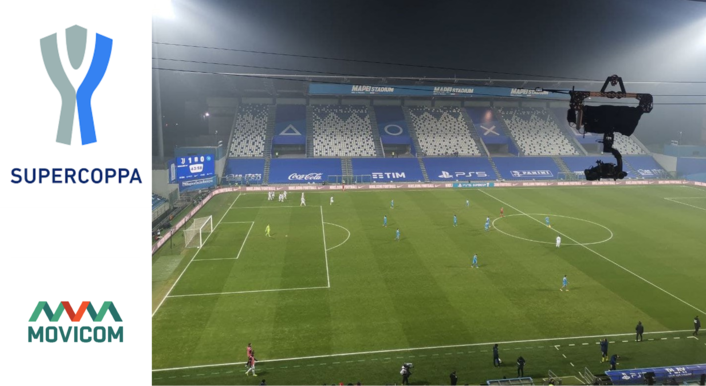 Movicom an internationally renowned company for specialty camera development was contracted as a services provider for one of the most expected football tournaments – Sony PS5 Supercoppa Italiana 2021, taking place on January 20. Recent meeting was a rematch between Serie A winner Juventus and Coppa Italia winner Napoli played at Mapei Stadium – Città del Tricolore.

This year, Movicom was asked to provide Robyline point-to-point system to fly overhead the football pitch. Italian audience warmly welcomed a new way to show a football match using shots typical to football video games. Robyline was used mostly for the match replays “And the last one was wonderful!”- said Popi Bonnici – the Lega Serie A Italian football director. Robyline is a classic point-to-point robotic cable camera. Fast acceleration and high speed of 16 m/s make it a great solution for picturesque panoramic shots and dynamic high-speed coverage. The new system is built around Movicom´s modern direct-drive R3 gyro-stabilized headline. Video and data transmission is delivered via RF with no signal loss even at very long distances. The Motion Control System software that runs the model allows operators to record camera movements, then reproduce and even adjust these recorded flying paths. The new system is quicker to rig, which is very much appreciated by Mapei Stadium – Città del Tricolore as the rigging of the full set-up was accomplished in just one day. 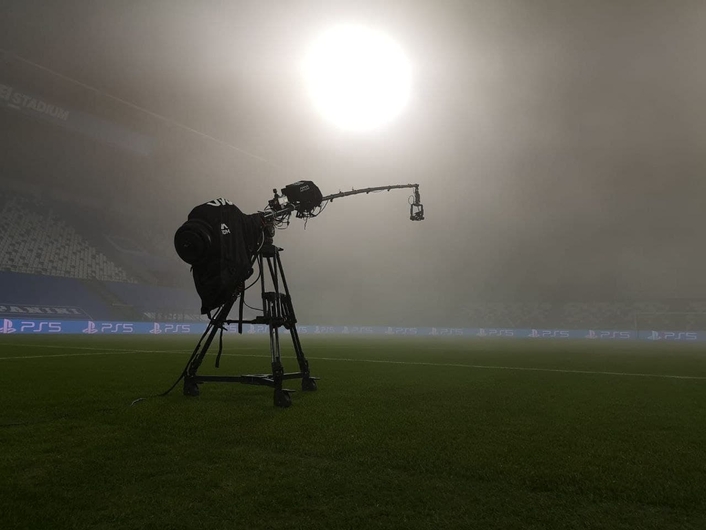 Distinguished for the polecam services, the Italian team was invited to provide behind-the-goal cameras with its standard polecam kit. A regular equipment pack consists of Antelope Ultra or Nano camera, a small gyro-stabilized head Robyhead XS (developed by Movicom), and fiber-optic converters Movilink (developed by Movicom) with antelope OCP on the OB-van. 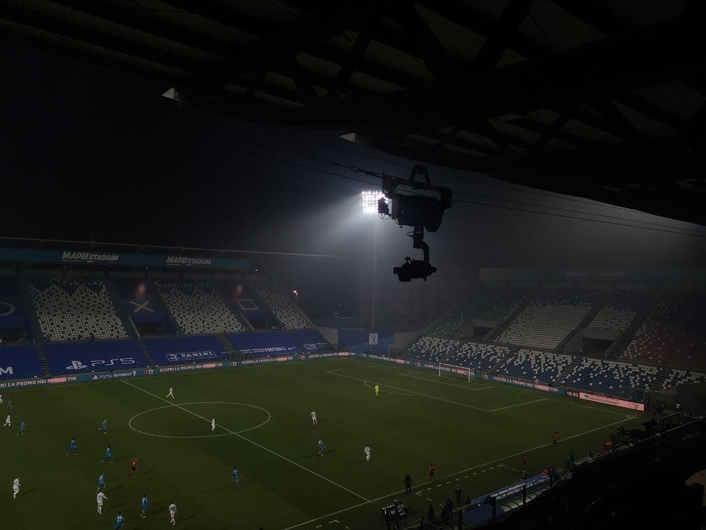 Additionally, Movicom staff provided Digital Overlay services in partnership with AIM SPORT - the virtual advertising technology and solutions developer. The Movicom ‘s service included the operational process of the AIM Sport services in terms of technical, engineering, and production supervision. The competitive advantage of such technology offers a possibility to diversify digital adds for multiple broadcasters and make them specifically matched towards geographic or demographic market segments.

All in all, that was a great start of the new year. We are proud to provide technology that can enhance the viewer experience and at least offer the audience a diverting consolation for missing a live game. A special thanks to Mr. Popi Bonnici for his fantastic idea and for trusting Movicom in this exciting challenge to use the RobyLine as the PS5 Cam of the match. It's the first time in Europe when we had views similar to Sony PS5 Videogame replays in football live production. We are also very appreciative of Lega Serie A for having chosen Movicom as the supplier of this important special camera view”’ says Simone de Lella – COO of Movicom SRL