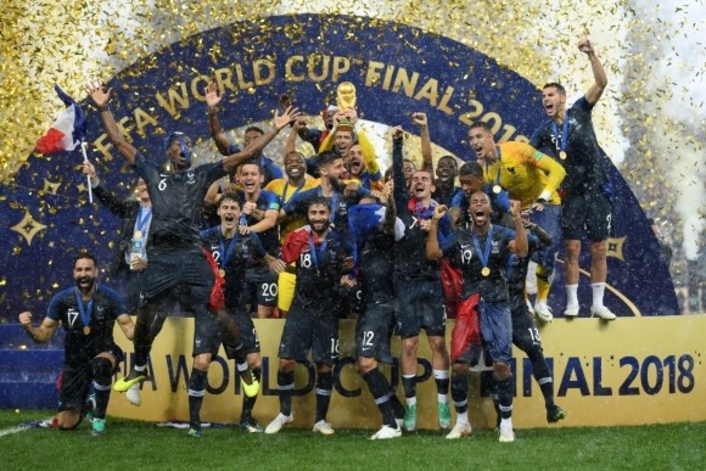 FIFA has today published the key findings of a comprehensive audit of consolidated final audience data for the 2018 FIFA World Cup, which was broadcast live in every territory around the world from 14 June to 15 July this year.

A combined 3.572 billion viewers – more than half of the global population aged four and over – tuned in to world football’s ultimate competition, according to audience data for official broadcast coverage of the 2018 FIFA World Cup.

The global in-home TV audience watching at least one minute of coverage totalled 3.262 billion, while a further estimated 309.7 million people watched no coverage in home but caught the action on digital platforms, in public viewing areas or in bars and restaurants, boosting the total audience by 9.5%.

The final between France and Croatia on 15 July attracted a combined global audience of 1.12 billion, comprising 884.37 million viewers tuning in to linear TV coverage and a further 231.82 million out-of-home and digital-only viewers.

Over the 64 matches, the average live audience was 191 million: each game was a global televisual event in its own right.

The report also reveals that, on average, viewers watching on TV at home engaged with the coverage for longer than in previous FIFA World Cups: the number of viewers catching at least three minutes of the 2018 edition was 3.04 billion, a 10.9% increase on Brazil 2014. Meanwhile, the audience watching for at least 30 minutes was 2.49 billion, way up on 2014’s 1.95 billion viewers. 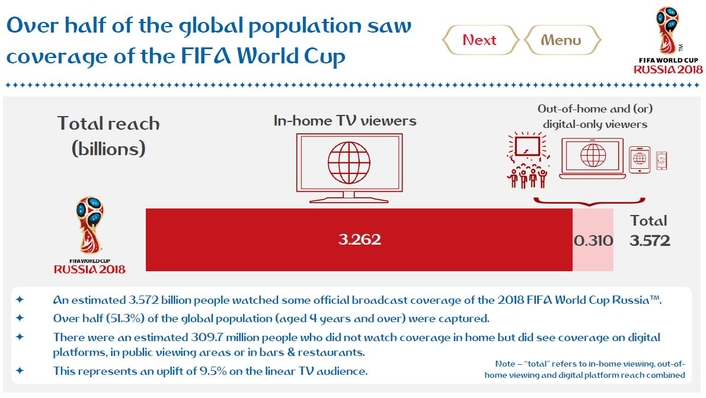 All around the world, broadcasters reached unprecedented numbers of unique users through their digital platforms as second-screen and on-the-move viewing was firmly established as a way of enjoying the FIFA World Cup.

“These figures really do support the claim that Russia 2018 was the best World Cup ever. We’re particularly pleased to see an increase in the average time viewers are engaging with matches, which shows that we are giving the fans what they want. The fact that half the world’s population watched the FIFA World Cup reflects not just the high quality of our award-winning live coverage, but also that fans everywhere are insatiable for world-class football,” said FIFA’s Chief Commercial Officer, Philippe Le Floc’h.

PMSE’s Global Broadcast and Audience Summary of the 2018 FIFA World Cup Russia is available (in English only) on FIFA.com