More than 50 Lawo systems at the 2010 Winter Games 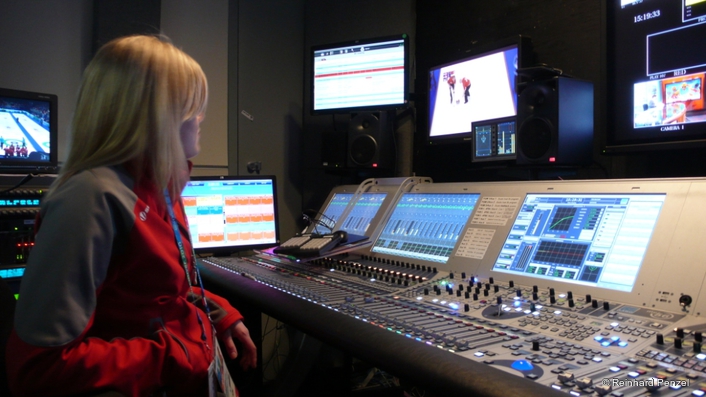 CTV is using the mc²56 at the IBC in Vancouver
Lawo consoles and routers are currently major players in the production of international and national feeds in studios and OB vans in Vancouver and Whistler. Some of Lawo’s on-site customers include: 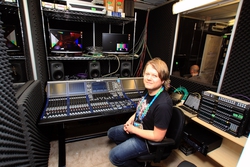 Canada’s national broadcaster CTV is covering the Winter Games with a total of 12 Lawo systems. These include two mc²56 consoles, a Nova73 HD for broadcast covering Canada’s national sport, curling, two Nova73 HD routers at the ice hockey matches, as well as five mc²56 systems and two zirkonXL consoles at the IBC in Vancouver.

In a joint project between YLE, the Finnish broadcaster and SVT, the Swedish national broadcaster, all commentary and talkback signals are fed to Vancouver and Whistler, and then routed from there to YLE production units in Helsinki, where they are mixed before broadcast. YLE uses two crystal consoles and one zirkon in Vancouver and Whistler respectively, while SVT employs a mc²66 in both locations. In Helsinki, YLE also has a mc²66 in their Studio 25; for HD productions, the ‘HD-1’ OB van from HD Resources is used, also fitted with a mc²66.

As in Beijing in 2008, CCTV, the Chinese state broadcaster, also relies on Lawo equipment. Its mobile control room – which saw some action when it was set up under extreme conditions on Mount Everest to broadcast the Olympic torch relay – features two DALLIS frames and a mc²66.

Most of the numerous OB vans in use at the Games in Canada are also equipped with Lawo mc²66 consoles. These include vehicles from Belgian TV service provider Alfacam. The company was hired by the host broadcaster and, for this event, is using a total of nine OB vans equipped with mc²66 consoles. Alfacam is responsible for the production of international feeds for the cross-country skiing, biathlon and ski jumping events in Whistler, as well as all the snowboard and freestyle skiing competitions at Cypress Mountain. Alfacam’s OB vans are also responsible for covering the presentation of medals at the award ceremonies.

Germany’s public broadcasters ARD and ZDF both have a control room in the International Broadcast Center (IBC) and a studio in the Mountain Broadcast Centre (MBC) in Vancouver and Whistler respectively. In addition, they also broadcast from the ‘Deutsche Haus’ (the German national meeting point for athletes and guests from politics and society, economy and media). Both broadcasters rely on Lawo technology in Canada, just as they do at home.

In Mainz, ZDF’s new control room, which will be used solely for the broadcast of the Olympic Winter Games in Canada from February 12 until the end of the event, is equipped for HD-TV broadcasts. A Lawo mc²66 in the HD control room provides the 5.1 surround sound mix.

Audio is mixed in ARD and ZDF’s Mobile Production Unit (MPE) on a mc²90 in Vancouver and a mc²56 in Whistler, fed to Mainz, and added to the broadcast output in the HD control room. A redundantly designed Nova73 HD serves as the router.

The rental companies Gearhouse and Presteigne Charter are also supporting their customers in Canada, including NRK, the Norwegian broadcaster, and ORF from Austria, with three mc²56 and one mc²66 for on-site production.

In addition, a large number of consoles, routers and additional Lawo equipment have been delivered to Canada by Lawo’s rental partner, Audio Broadcast Services (ABS).