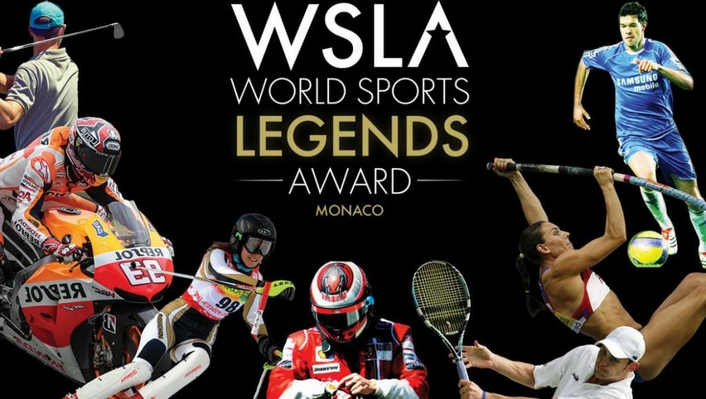 The Oscars of Sport

The World Sport Legends Award’s Red Carpet is among Monte Carlo’s most prestigious and has become the place to be. For this, there are special appearances by celebrities, cinema stars, sport champions and VIPs.
The event is presented by international star Lorena Baricalla, Ambassadress and Master of Ceremonies of the Monaco World Sports Legends Award.
The statuette for the Oscars of Sport is the work of the international artist, Marcos Marin, who has painted the portraits of some of the world’s most influential men and women. Marin created a sculpture which brings together all the symbolism and values of WSLA.

The Prize “World Sports Legends Award” is presented to sporting champions both active and retired, who have distinguished themselves not only in their sporting exploits but also for their example as inspiring role models for the new generations.
The Prize “WSLA Best Sports Values” is awarded to an athlete who stands out for an exemplary sporting gesture which embodies sport’s ethical and moral values, or to well-known people for their community support through sport.
The Prize “WSLA Posthumous Award” is conferred on great champions with legendary careers or to well-known people who operated in the sporting sector.
The WSLA is an event which is enjoying ever greater success, and only five years since its inception, it is worth noting that on its 16 social networks and web channels, the photos and videos of the Oscars of Sport attract round 5,600,000 unique views per year.

The greatest world sporting champions Awarded in the past years:
2019
Nasser Al-Attiyah
Qatar, 3 times Paris-Dakar winner
Mario Andretti
United States of America, F1 World Champion, Indycar and Nascar Champion
Loris Capirossi
Italy, 3 times MotoGP World Champion
Ana Gabriela Guevara
Mexico, World Champion of 400m, multi Olympic medalist
"WSLA Best Sports Values Award": Connie Henry for the Track Academy
Great Britain, Athletics
"WSLA Posthumous Award": Ferenc Puskás
Hungary, Football Champion and Legend of the Football world, in the year of the inauguration of the national stadium of his nation named after him. This is also the 10th anniversary of the launch of FIFA Puskás Award, the global prize for the goal of the year).
The Award will be received by his grand-daughter Ane De Juan Damborena and the Olympic Champion Pál Schmitt, former president of Hungary.

2018
Osvaldo Ardiles
Argentina, Football World Champion
Jutta Kleinschmidt
Germany, the only woman who has won the Paris-Dakar
Freddie Spencer
United States of America, 3 times MotoGP World Champion
“WSLA Best Sports Values Award”: Dott. Claudio Costa for the Clinica Mobile
Italy, the doctor and founder of the Mobile Clinic in MotoGp, which has saved the lives of many champions
“WSLA Posthumous Award”: Ayrton Senna
Brazil, 3 times Formula 1 World Champion and one of Formula 1’s greatest legends
The Award was received by his niece, Bianca Senna, President of the “Instituto Ayrton Senna” 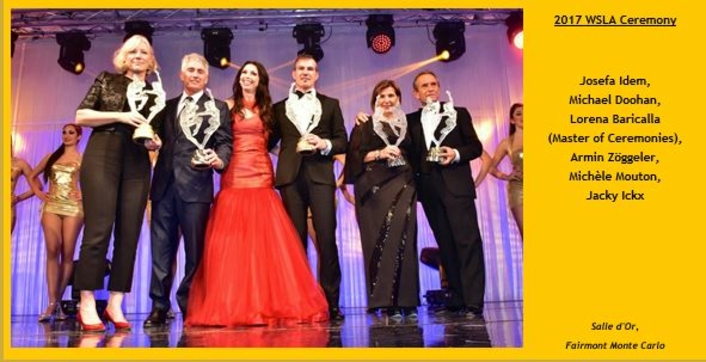