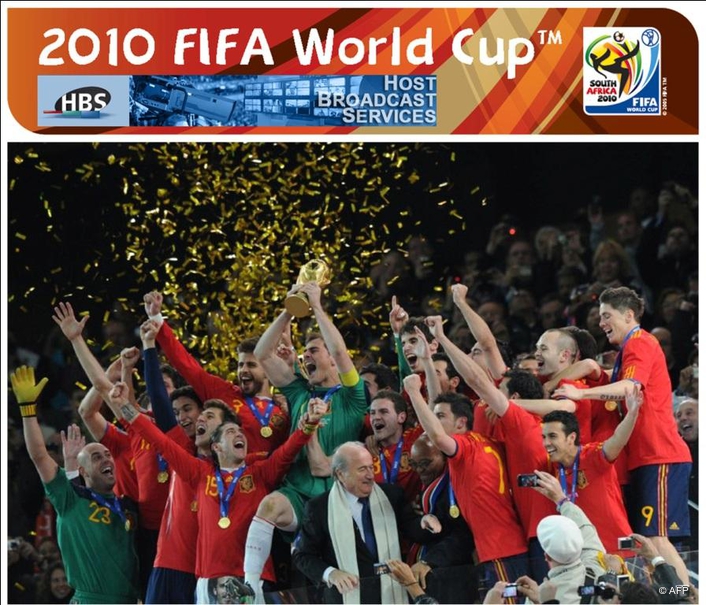 And the Winner is Spain and HBS
The final whistle blew on the 2010 FIFA World Cup™ just a few moments ago and as it did HBS staff members in South Africa began to shake hands and trade smiles. For the third time HBS successfully delivered all 64 matches of a FIFA World Cup™ to an enthusiastic worldwide audience, thereby once more fulfilling its original mandate. The company was created eleven years ago with the very specific task of producing the television and radio signals for the 2002 and 2006 FIFA World Cups™, a mission that was later extended to the 2010 and 2014 editions of the tournament.

For the 2010 FIFA World Cup™ in South Africa, a big country with unique challenges, HBS implemented a highly service-oriented host broadcast on behalf of FIFA. This built on the experiences of 2002 and 2006 but was even more ambitious in the scope of what it provided to FIFA’s Media Rights Licensees (MRLs). With 30 to 32 cameras for each match, the biggest-ever team of FIFA TV ENG crews (41) to gather in-depth feature and color coverage on teams and cities and dedicated new media coverage using the Mobile International Signal (MIS) concept, this was the most comprehensively covered FIFA World Cup™ to date, a fact that was reflected in both the quantity and the quality of the multi-feeds. 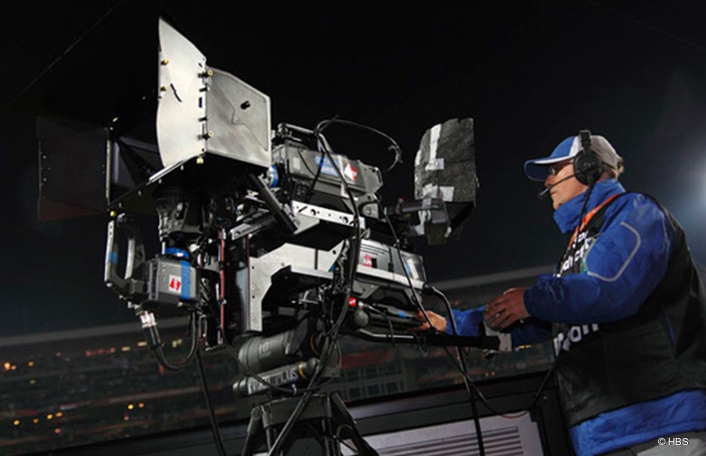 The 2010 FIFA World Cup™ was also the first major sports event to be covered in 3D, a project FIFA and Sony developed with HBS for 25 of the 64 matches. The 3D coverage provided HBS and FIFA another opportunity to make broadcast history, as did the introduction of multi-feeds and Dolby surround sound in 2002 or those of full HD 16/9 coverage and tapeless workflows in 2006, and as in those past instances, HBS and FIFA were up to the challenge. The 3D coverage of the tournament has been universally praised and has propelled host broadcasting into a new dimension - the third one. 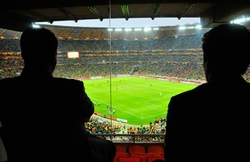 But although the quality of the footage and the groundbreaking 3D tend to draw most of the attention, these were in some sense just the twin tips of the iceberg and a great many more innovations and refinements were taking place offscreen. The now fully-HD FIFA MAX Server, the new Audio Server for radio MRLs and the SmartJog file transfer system were just some of the many services which were offered to - and widely used by - MRLs. The immense majority of broadcasters have reported a near-flawless experience working with these various technologies to take their own broadcasts to new heights.

Looking back on the past four years' work, HBS CEO Francis Tellier expressed his great satisfaction with the way things unfolded. "We accomplished the mission," he said yesterday night after the Final. "It was not always easy, but in the end our careful planning paid off. I want to extend my sincere thanks to FIFA, especially FIFA TV Director Niclas Ericson, the LOC and all 2,600 people who worked on this project for HBS. Together we have achieved a host broadcast of unprecedented quality and we can all be very proud of ourselves."