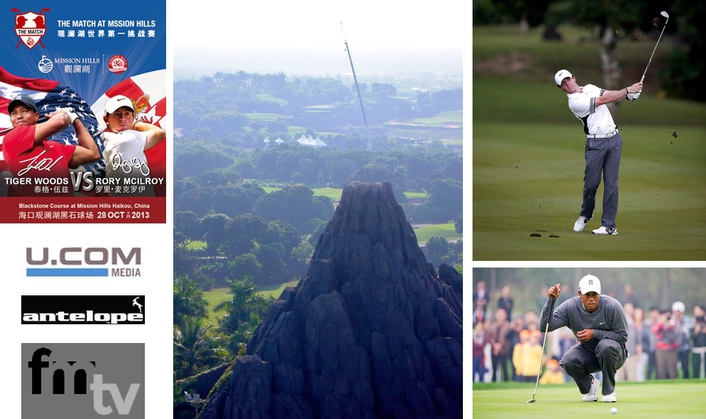 U.COM Media produced the LIVE TV production of the Match @ Mission Hills 2013
Rory McIlroy beat Tiger Woods by one shot in an 18-hole exhibition event in Haikou, China, to claim victory in the event for the second year in succession.

Having also struck a round of 67 to win by one shot at the Jinsha Lake course in 2012, McIlroy returned to the event to card four birdies and an eagle on the back nine this time around, helping him secure a narrow triumph.

Woods had an opportunity to tie the match at the final hole but missed a 20-foot eagle attempt to hand McIlroy the title—his first of a barren 2013 calendar year. 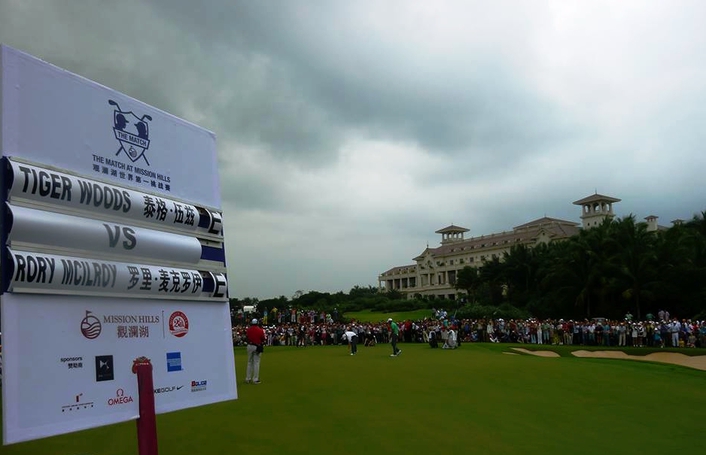 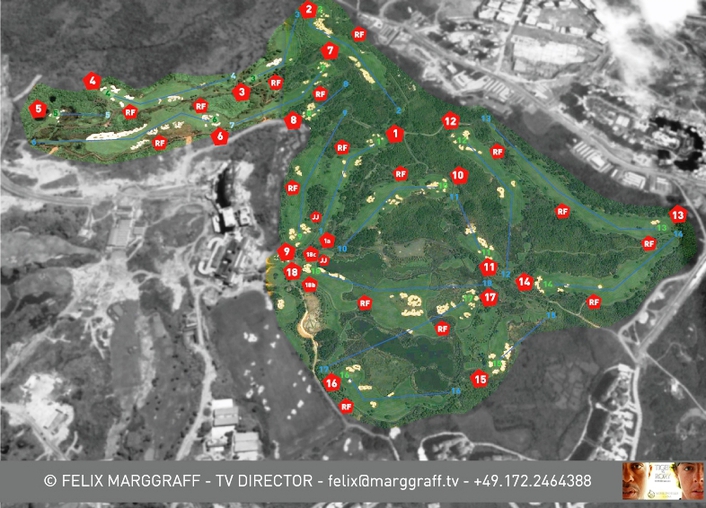 U.COM Media is one of the leading golf production companies and specialized on events like the Match @ Mission Hills. U.COM also produces the Word Feed production of the LET Ladies European Golf Tour. As in the case with the LET Tour, TV director Felix Marggraff was responsible for the production concept and the multi-camera live production. He directed the 4 hour live broadcast which was aired all over the globe.

Because only two players were playing out on the Golf course the production concept was adjusted to a "multi-rotation" concept with 6 hard-wired cameras on 21 (!) positions. Lenses on the hard-wired cameras were all Canon HJ42x10 to keep moving the cameras around simple.

2 Sony RF cameras stayed with Woods and McIlroy at all times and showed close action and intense chatting by the two super stars in golf. Both players were mic´d up - so every moment was captured including interesting discussions about equipment, swing changes and the incredible atmosphere created by 20.000 spectators following the world´s  two best golfers. 1 extra Sony RF camera moved ahead to help shooting tee-shots and atmospheric shots.

All microphones were Sennheiser MKH416 - a standard on golf productions. 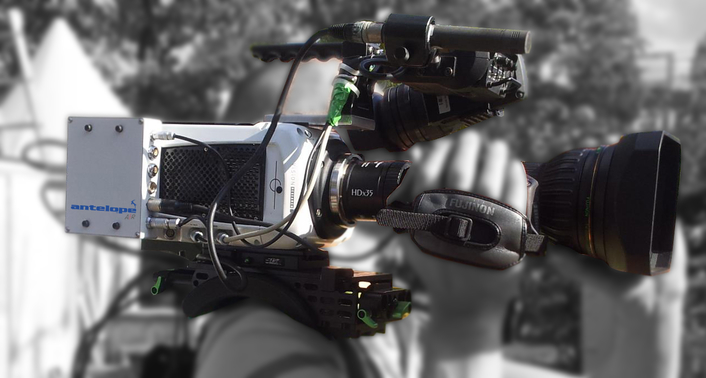 Special cameras were provided by LMC LiveMotionConcept GmbH and included the new version of the AntelopeAIR - the wireless version of the awarded Broadcast UltraSlowMotion system. The brand new C-BOX paired with LINK1500 RF technology makes it the state-of-the-art wireless UltraSlowMotion system shooting up to 2,580 frames per second in native 1080i or 5,850 frames per second in 720p. 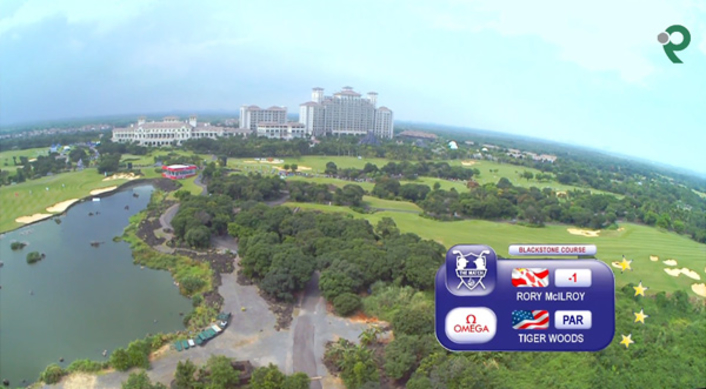 The AntelopeAIR provided some intense pre-recorded sequences which were used as graphics backgrounds as well as sharp highspeed replays of some of the best shots of the day.

Another special camera- the PICO -  was mounted to the top of the 50m high crane (which was used for the RF antennas) and supplied a wonderful overview of the outstanding golf resort and the 5-star hotel.

An 8m Jib at the first tee and the 18th green created some stunning shots of both the lava stones and the unbelievable crowd following the players. 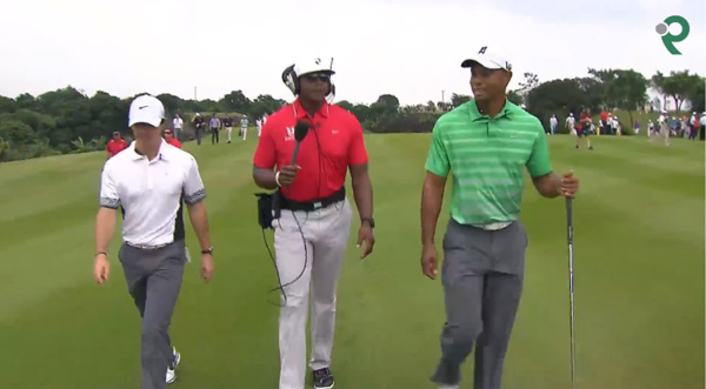 Former professional football player and College hall of famer Ahmad Rashad was equipped with an on-course commentary unit so he was able to interview both players at all times during their round.
His RF signal was picked up by antennas mounted to the RF crane. 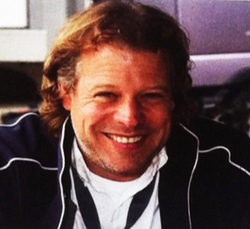 The RF crane was positioned in the TV compound which was located next to the 10th and 18th fairway. The broadcast equipment was a flight case solution provided by Beijing based provider CTVS. The director´s room, audio engineering and vision engineering all had their own climatized tents.

TV director Marggraff - who is one of the few golf-directors switching himself - was satisfied with the 47" Penta Displays and the 64 Input 3ME Kahuna Mixer.