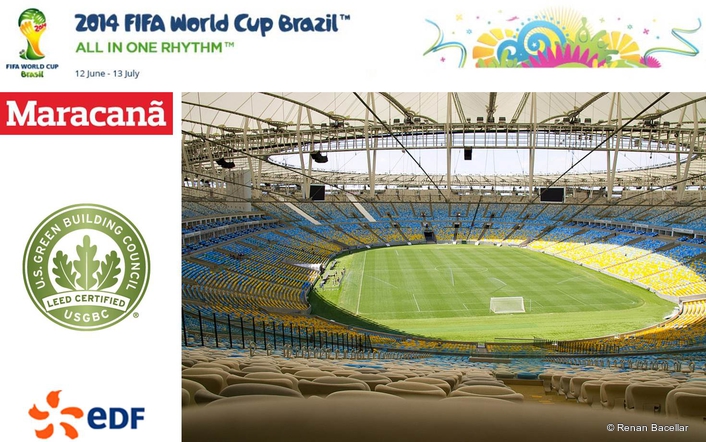 LEED certificate issued the week the temple of football opens its gates for the 2014 FIFA  World Cup Brazil™
The Maracanã stadium's first match during the 2014 FIFA World Cup™ Brazil this Sunday (15/6), hosting Argentina vs. Bosnia, will highlight the stadium's sustainable performance after obtaining the silver Leadership in Energy and Environmental Design (LEED) certificate seal. The certificate is issued by the US Green Building Council Brazil (USGBC) and is considered the foremost global rating for buildings.  In addition to the energy efficiency and water savings, the Maracanã stadium will further burnish its green credentials by reducing CO2 emissions, responsible for greenhouse gases, improving the local environment and optimizing use of construction materials.

"The Maracanã is winning before its role in the FIFA World Cup™ even begins. Our goal is to continue increasing stadium sustainability and not just on match days,but also during everyday operations.  Today, we have a photovoltaic plant, rainwater reservoirs and selective collection for the waste the stadium generates on a daily basis", said João Borba, president of the Maracanã concession holder.

During stadium redevelopment, approximately 2.5 thousand m² of photovoltaic panels were installed on the surface covering the terraces which can generate 400 thousand kW/h every year. The photovoltaic plant can produce enough energy to power 240 homes and will help reduce the stadium's power consumption.  The project was financed by Light and Eletricité de France (EDF) and supplies 9% of the stadium's power requirements.

The stadium also uses other energy saving devices and a rainwater capture system that uses the modern roof to collect rainwater and reduce drinking water consumption by 50% and overall water by 40%.  The rainfall captured by the roof is used to water the pitch and in the restrooms, which are equipped with intelligent faucets and ecological flushing systems.

The Maracanã is also partnering with Recicla Rio, a network of five cooperatives of recycling material collectors in Rio de Janeiro's North Zone, and has a team to separate recyclable material out of the waste that the stadium produces during everyday operations.   In addition to creating jobs and revenue for the cooperatives from the recyclable material collected, the collectors also receive a fixed monthly income from the Maracanã, which was included when the project was first implemented in February this year.   The partnership helps to reuse seven tons of recyclable material per month, such as aluminum cans, paper, cardboard and plastic. 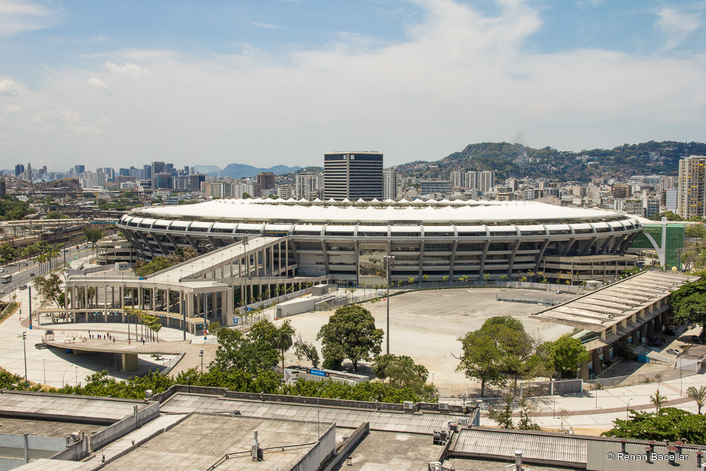 LEED System
Leadership in Energy and Environmental Design (LEED) is an international environmental certification and guidance system used in 143 countries, with the goal of transforming building designs, construction and operation to drive sustainability. Created by the US Green Building Council (USGBC) in 2000, certification arrived in Brazil in 2007. It is considered the foremost global rating system for buildings in Brazil.  Brazil currently has 90 certified buildings. This puts it fourth on the global certification ranking.