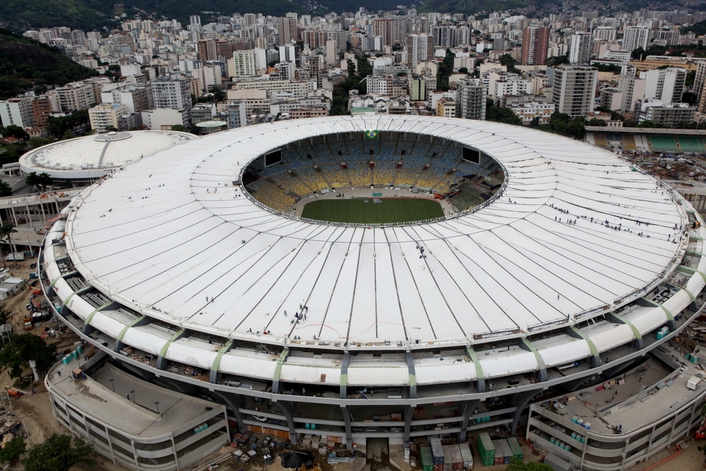 Pelé's thousandth goal, Garrincha's pièce de résistance bringing Botafogo its second Rio de Janeiro title in 1962, the Brazilian Championship won by Zico's Flamengo in 1980, Renato Gaucho scoring with his stomach to give Fluminense the Rio de Janeiro Championship in 1995, Vasco's third Brazilian championship, led by Edmundo, in 1977 and Brazil's victory over Spain in the 2013 Confederations Cup are just some of the special moments thousands of fans have watched from the Maraca stands. 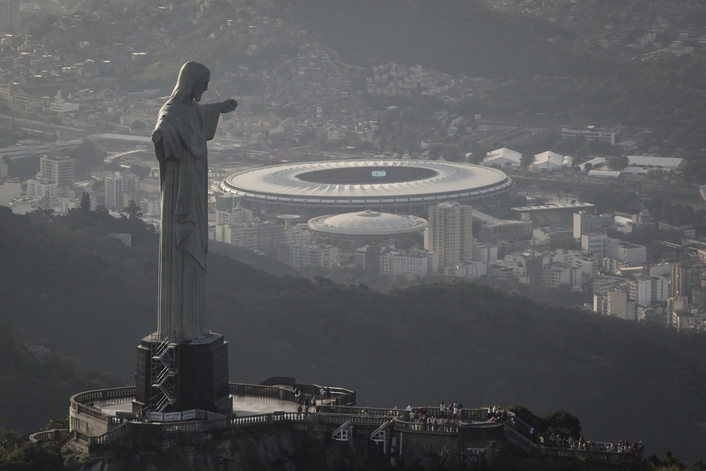 “I have lived most of my sporting life here. Like I always say: there is no new or old Maracanã . There is a more beautiful, comfortable and safer Maracanã today. In 1963, I came to watch the Fla x Flu in the final for the Rio de Janeiro championship. I will always remember the colors around the stadium. I was very happy, being 10 at the time, seeing Flamengo win the championship”, said Zico, the highest goalscorer at the Maracanã with 333 goals, during the FIFA media briefing at the stadium, when the Maracanã's 64th anniversary was commemorated.

However, football is not the only story in the stadium's 64 year history. The mass said by Pope John Paul II, in 1980, the Kiss show, Rock in Rio 2 and the Big Volley Challenge between Brazil and the Soviet Union are just some examples of the big events that the stadium has organized off the pitch.

Since the Maracanã concession started operating in July 2013 through to May of this year, 2,348,542 fans have watched 90 matches; 261 goals have been scored; Juninho Pernambucano, then a player at Vasco, scored the first goal after the Stadium was re-inaugurated during the match against Fluminense and 40 clubs have now played at the Temple of football. 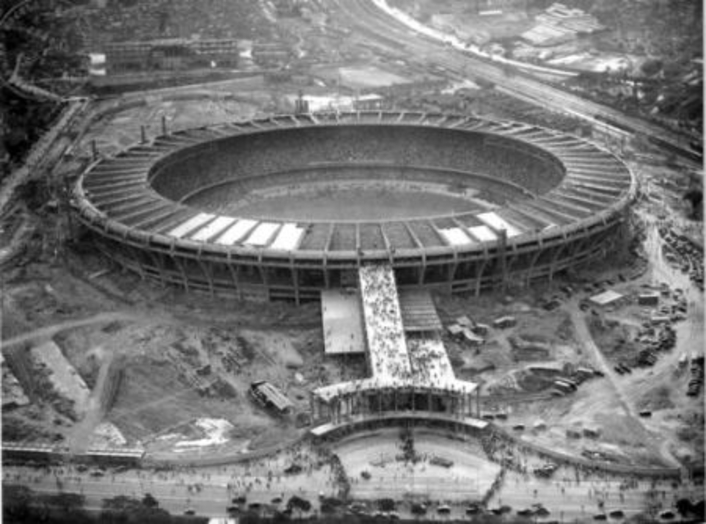 The Maracana Stadium was opend in 1950

The Maracanã Stadium underwent a major renovation as it prepared to hold the second World Cup final in its history, in 2014. The Maracanã Stadium can currently hold 78,000 fans who will now have an incredible view of the pitch from any of the four sectors (North, South, East or West). The stadium has 6 access ramps, 292 toilets, 60 bars, 17 elevators and 12 escalators.

Fifa Period
Between May 22 of July 18, Fifa will have exclusive use of the Stadium in order to prepare for and hold the 2014 World Cup. The organization will be taking command of issues like security, food, ticketing, ticket offices, telecom services, accreditation, supplementary facilities and other activities. The Maracanã will take back responsibility for operating the Stadium on July 18. The Maracanã Tour is suspended between May 20 and July 20.

Maracanã Kicks off FIFA ...�� as Sustainable Stadium
Goal-line Technology in the Spotlight at Maracana
Eyeheight Compliance Lega...otball Coverage in Brazil