KV2 delivers for Opening and Closing ceremonies of 2019 Pacific Games 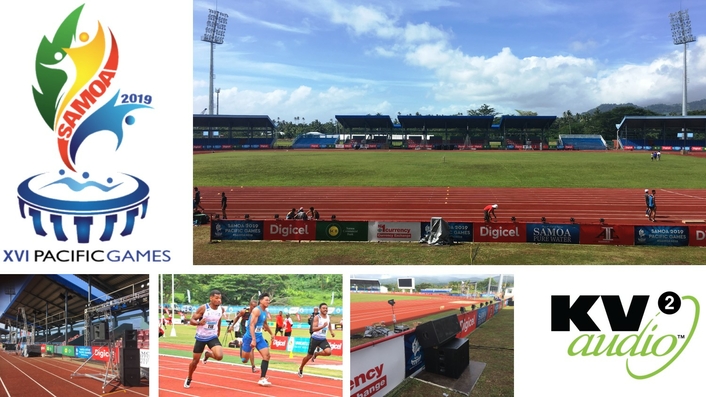 Samoa is a small island in the middle of the Pacific. This year it plays host to the sixteenth edition of the Pacific Games which sees over 4000 athletes competing in 27 different sports. It is also home to DAWG Professional Audio whose success with their world-class KV2 Audio inventory was sufficient to win the audio tender for the opening and closing ceremonies of the 2019 Pacific Games.

DAWG is owned by Corey Keil who also owns Samoa’s Radio Polynesia and TV3. Passionate about sound, Keil’s love affair with KV2 began when he heard a pair of KV2 SL412s running with four double 21” subs on the demo stage at ProLight & Sound. “I was literally blown away,” he recalls. “I just couldn’t believe what was coming out of two such small boxes! I walked straight onto the KV2 stand where I met sales director, Dave Croxton, and said, ‘I want the system you have outside!’” 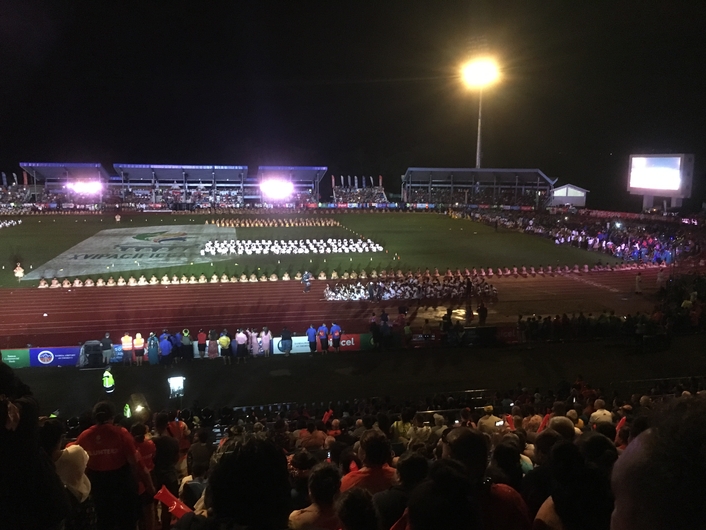 Since then Keil’s inventory has continued to grow with the addition of a VHD systems for larger events including several VHD 4.21 active subwoofers. “The Samoans love bass and nothing performs like these subs. Their sheer power yet tightness and musicality is simply unmatched.” 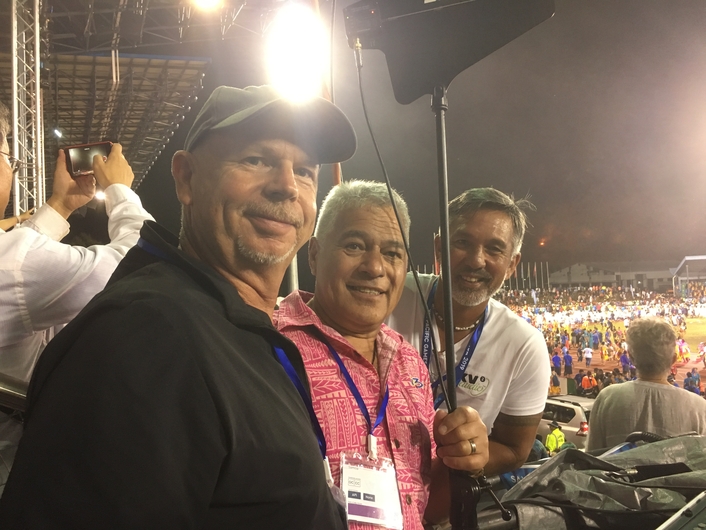 Fast forward to the Pacific Games 2019: DAWG Professional Audio came up against strong competition from both Australian and New Zealand companies bidding on the event. After months of negotiation the contract was awarded to DAWG in an effort to support local business but with a heavy mandate that the sound and coverage of the stadium must be world class. Dave Croxton from KV2 flew in to assist along with New Zealand sound engineer, Mack Tane. 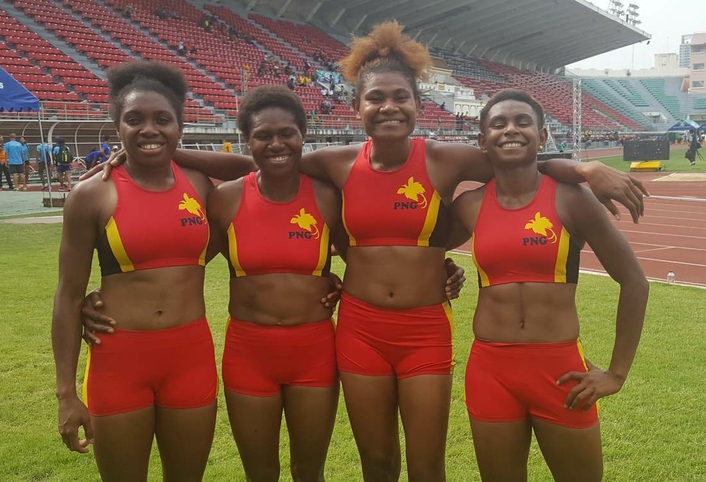 “Initially when Corey sent the stadium plans across to KV2 we looked at a time-aligned distributed system pointing out into the stands,” says Croxton. “When I arrived, however, we realised that there was also a requirement to fill the field where the athletes would sit, and hundreds of school kids would perform. As we had limited inventory, it was decided we would set up a physically time-aligned system in a line on one side of the stadium shooting across the field to the main grand stands. Two single VHD2.0s were flown off 6m towers to throw across the field while two SL412 wide dispersion cabinets were placed on lower towers to cover the main field. Two single groundstacked ES systems were placed at each end of the main system angled out at 45 degrees to cover each end of the field. These systems consisted of two ES2.26 double 15” subwoofers with a three-way ES1.0 mid-high.” 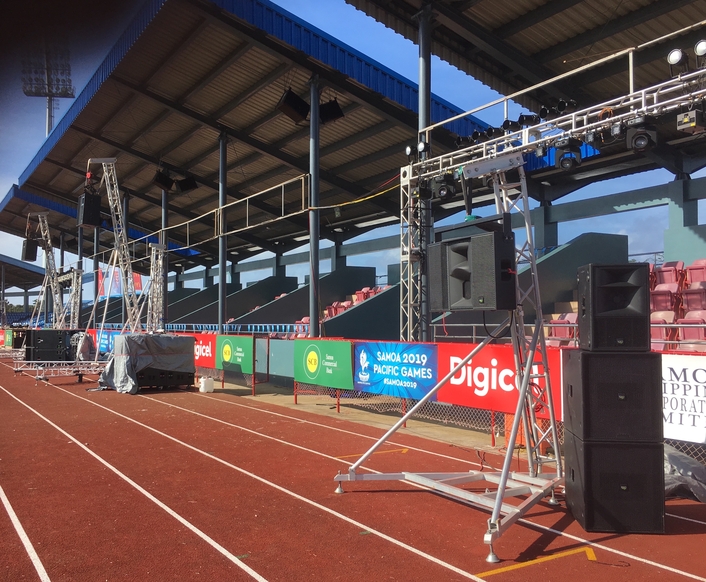 A sub bass cannon consisting of three VHD4.21s was centrally located to provide even bass distribution across the whole stadium. The creative director wanted strong bass reinforcement of the native drumming in the ceremony’s soundtrack.

As the main system was around 130m from the main grandstand, four ESR212 three-way cabinets were positioned on top of VHD2.16 double 15” subs at 110m on delay to cover the main stadium. The end result was simply astounding.

“We measured 100db peaks with amazing full range clarity at the top of the main grandstand and the whole stadium was covered perfectly,” recounts Keil. “The level dropped off a little out on the ends where the ES systems were shooting, but it was still perfectly clear and audible. The sound in the main stand was just fantastic - really clean and punchy for the performances. Even though we had the ESR 21Keil2s hooked in as delays, the VHD2.0 system is just amazing and the VHD4.21 sub cannon satisfied the Samoans love of bass without compromise.”

“The success of these events will open the doors for other opportunities throughout the Pacific Islands,” continues Keil. “The small amount of speakers required in relation to the coverage and output we can achieve means we can easily ship the system from island to island and quickly set up for world-class performances for audiences large or small.”

Founded in 2002, KV2 Audio is a vibrant company with a passion for building high quality pro audio products that deliver performance beyond expectation. Built on the vision of modern audio pioneer George Krampera who has been building audio equipment for nearly fifty years, millions of people have experienced sound produced from equipment he has designed. Through his long and successful career, George’s vision has remained unchanged;, to eliminate distortion and loss of information in the signal path, thus providing sound reproduction that has true dynamic range and real representation of the original source.