KHL All Stars get The Pointe! 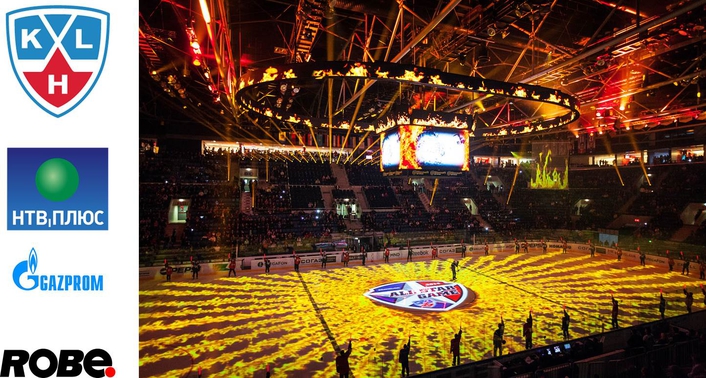 .
Getting the razzmatazz right for any show requires imagination, flair and the application of technology … and for the mood setting sequence that precedes the Kontinental Hockey League (KHL)’s All Stars exhibition matches, this is almost as important as the actual ice hockey!

That’s why leading Slovakian lighting designer Martin Kubanka decided to use 100 Robe ROBIN Pointes at the heart of his lighting rig for the recent East v West KHL All Stars match at the Slovnaft Arena in Bratislava.

Kubanka’s brief was to highlight the music and various mapped video projections appearing on the ice during the 22 minute pre-show multimedia son et lumière. He created an atmospheric enhancement to the video that highlighted touches of Slovakian folklore and history while celebrating the first time that Bratislava has hosted a KHL All Stars event. 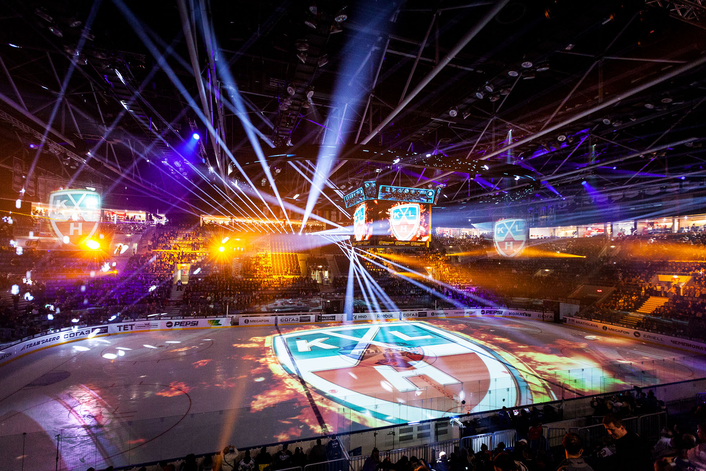 The media interest in these matches is intense. All KHL matches are broadcast on KHL.tv – part of Russian satellite operator NTV Plus, owned by the Gazprom Media empire.

In addition to this, the All Stars game was broadcast on Russia2, the country’s primary sports channel which reaches an average of 51.5% of Russian city dwellers and around 15.6% of those living in rural areas; as well as Hungary’s Chello Central Europe Sport1 and Sport2 channels reaching another 15 central European countries.

Other channels showing the action included Sweden’s Viasat, US global cable and satellite network ESPN, Canada’s French language specialty sports channel RDS and more … so with a stupendously large global audience … the pressure was really on for Kubanka to pull off an amazing opening show!

It was also his first time lighting the ice hockey extravaganza, although he has worked in the arena before, but that was some time before its complete refurbishment in 2011.

In addition to the 100 Pointes, Kubanka - a big believer in ‘round numbers’ –  also utilized 18 x Robe ROBIN LEDWash 600 and 12 x ROBIN LEDWash 1200s among other fixtures in the high-impact  design. Over 120 metres of trussing was installed in the roof to accommodate all the various show production technology – sound, lighting, video and lasers.

Thirty-six of the Pointes were positioned on special podiums dotted around the bleacher seating and the other 64, together with the LEDWash 600 and 1200s, were hung on the overhead trusses. 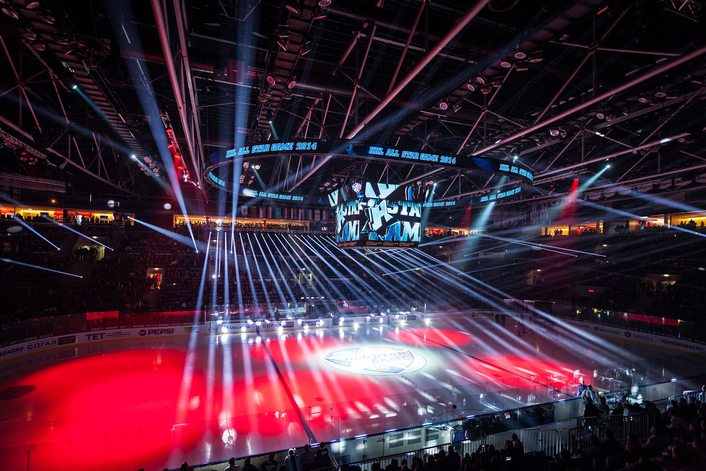 The Pointes were the workhorse lights of the rig and used to create all the major lighting effects. Kubanka specified them so he could make full use of their multi-functional capabilities, and he used this to the max – swapping them between wash, spot, beam and effects units.

Pointes were also chosen because of their power. The arena was a massive space to fill and he needed really efficient and bright fixtures. 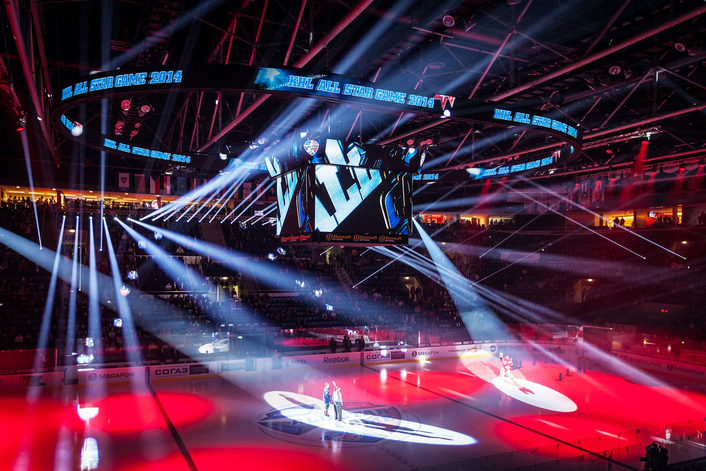 Because of the separation between the Pointes around the audience and those in the ceiling, the massive super-bright ‘All Pointe’ looks were truly stunning and even received their own audience reactions from the amassed ice hockey fans.

They were perfect to create the buzz and excitement needed in the build-up to the game, raising the levels of adrenaline and anticipation for the players and energizing the audience!

“In my long lighting design career,” declares Kubanka, “The Pointe is one of the greatest products with its incredible set of features offering so many possibilities”. 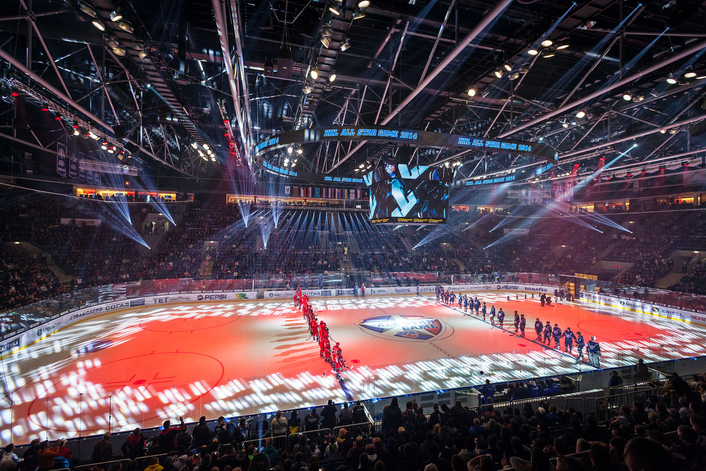 Kubanka used a grandMA2 full size for lighting control. The programming was very intense as they had only two days to create a complex show which was triggered by timecode from the audio track.

Q-99 supplied all the moving heads and the audio system for the opening show which was directed by Tomas Eibner with Vladimir Ďurčansky as the DoP, Team West beat Team East 18 to 16, clocking up a record number of goals for an All Stars match. Ten of the players are set to play in the 2014 Sochi Winter Olympics.