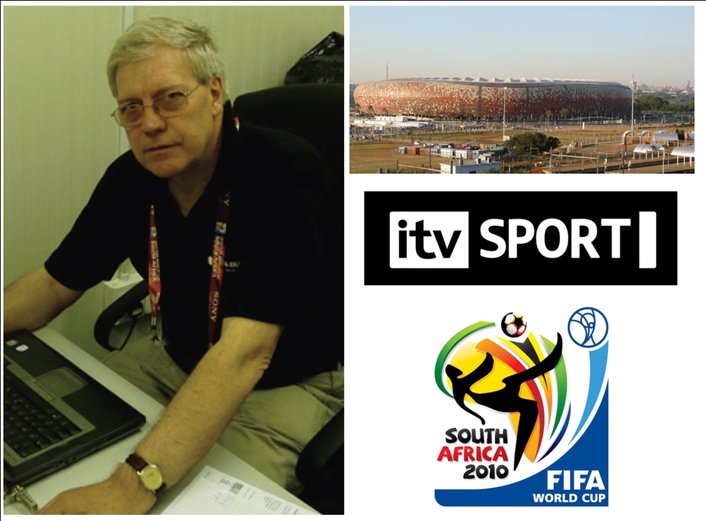 Technical Consultant Terry Palmer
The jewel in ITV’s FIFA World Cup™ coverage provides a perfect ex­ample of the efficient collaboration process between FIFA, HBS and the broadcast community. When HBS offered broadcasters the opportuni­ty to book a dedicated outside pre­sentation studio, ITV saw the huge potential in their eventual location.

“It (the ITV studio) is actually there because of ITV, we requested the exact location and height and FIFA and HBS provided it for us. A lot of other broadcasters have decided to make use of it as well so it must have been a good idea,” explained the UK broadcaster’s Techni­cal Consultant Terry Palmer.

“It is the first time I can recall that an IBC has been situated right next to a World Cup venue,” says Terry, “so you can have a remote set with a backdrop view of the stadium. Of course, it is not a new idea but it is a first for the World Cup.” [The last FIFA World Cup™ to have an IBC located next to a stadium was the 1994 FIFA World Cup™ IBC in Dallas.] The first FIFA World Cup™ in Africa is providing a lot of new experiences for everyone, not least at the IBC. “The IBC is slightly different but we have found it fine and it all works. It has a lot more character than previous IBCs, it is not often that you find one with a [Boma] BBQ area in the middle of it,” he added.

A veteran of every FIFA World Cup™ since 1990, Terry has passed through a lot of IBCs and witnessed the birth and development of countless new techni­cal innovations. So what is different for ITV this time around? “We have gone HD for this event, as we now have the ITV1 HD channel. We are producing a lot more output in terms of broadcasts and online mate­rial, but as we have more channels now we are able to put out a lot more transmission hours.” “We have also gone for a tapeless operation this time,” adds Terry, “integrating the FIFA MAX Server with our own storage to create a kind of ‘ITV MAX Server’.”

A crew of around 200 ITV staff have come to South Africa, along with around 70-80 tonnes of equipment and 90km of cabling. ITV will broadcast to an audience of 8-10 million, with larger figures expected for the games involving England. “We have a deal with the BBC where we share the group games, we have the matches against the United States and Algeria so we hope to get good results for those broadcasts,” Palmer concluded. 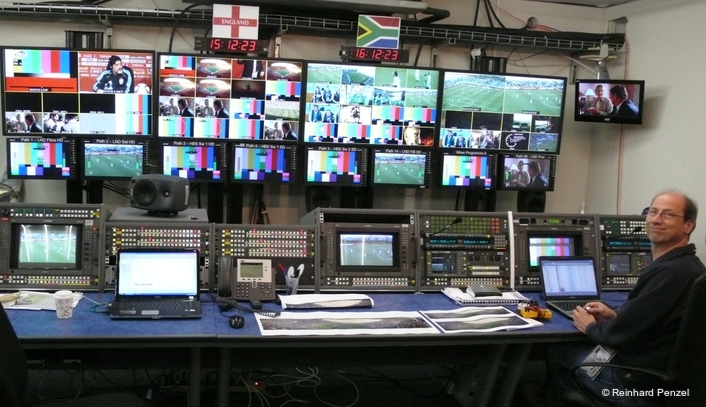 Room with a View

ITV have gone to the lengths of colour matching their studio set to the brown and orange of Soccer City’s exterior. “The stadium is the heart of the World Cup for South Africa, that is why we chose to base our studio here. It is something that reflects modern Africa and that was something we wanted to put across with our presentation,” explained Production Designer Paul Sudlow. “We just have to hope now that none of our presenters suffer from vertigo!”

ITV Studio with a View to Soccer City