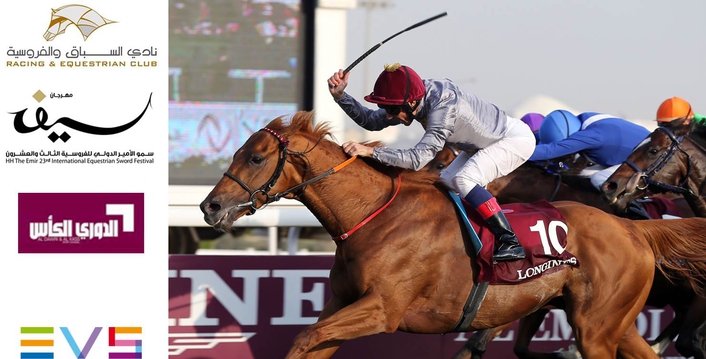 .
EVS live video production systems were at the heart of the recent Emir’s International Equestrian Sword Festival, one of the most prestigious horse racing events in the international calendar. The Qatar Racing & Equestrian Club (REC), located near the capital Doha, is one of the most modern racecourses in the world, featuring a state-of-the-art video production, broadcast and archive workflow built around EVS technology.

The EVS production workflow was used to deliver all the action from the event to race-goers at the course. EVS technology was also at the heart of the outside broadcast unit from Qatari broadcaster Al Kass, which was providing the television coverage. The event was also the first time EVS’ XTRef software was used, a multi-camera review solution specially designed for stewards and race officials.

Around 100 hours of raw recordings is generated each week. All this content is transferred to an EVS XStore NAS central storage network, ready for access in both high and low resolution by Avid and Adobe editors. Archivists determine what will be maintained in the long-term storage. The view of each race from multiple camera angles is archived using EVS’ IP2Archive tool, which allows operators to store media files on LTO Tapes and restore the files on the central storage at a later date when the material is needed. 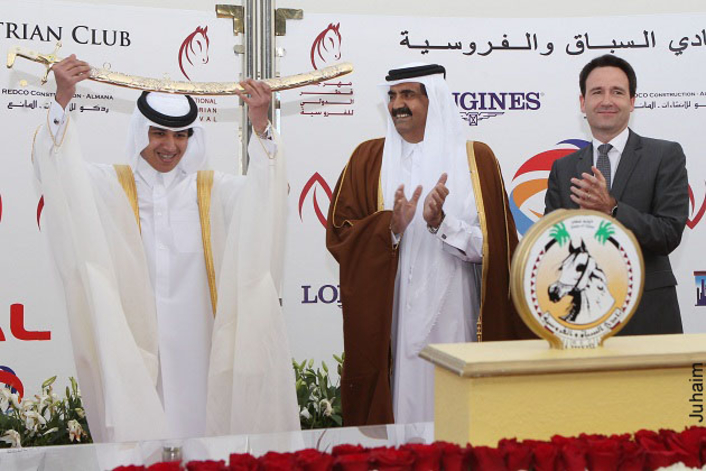 “The system we’ve developed together with EVS provides a fast and reliable solution – from the ingest of multiple camera feeds all the way to deep archive,” said Jean Bernard Lebon, TV Director at Qatar Racing and Equestrian Club. “Industry-standard technology, like EVS’ servers and XNet media sharing network, and the plug-and-play integration with third-party editing and hierarchical storage management systems creates a really flexible and innovative workflow. We can also easily interwork with other production facilities like Al Kass, delivering real productivity and quality benefits for everyone.”

The Emir’s Sword racing festival took place from 25 to 28 February 2014. EVS’ XT3 server and IPDirector suite, and their integration with third-party systems, can be seen at CABSAT 2014 on stand G6-30, hall 6.